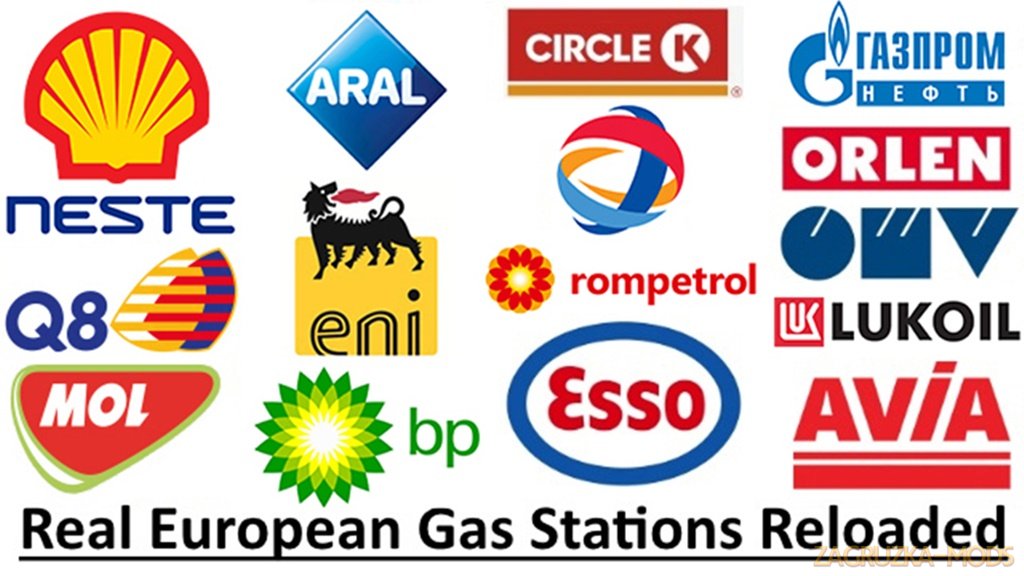 Real European Gas Stations Reloaded - mod replaces original gas stations in ETS 2 (9 is hard coded) and partially replaces gas stations (companies) in DLCs and Germany rebuild.
This mod is created from ground up and is not just simple re-colour of main texture and slapping companies' logos.
There are many small details done, not done in any other gas station mod before.
1) We tried to be as close as possible to reality but it's impossible without messing with 3D models and we won't do that for the various reasons i.e. no support for Blender.
2) There are many colour and design variations by the same brand so we had to choose one most aplicable to the game because of 1).

MAP MODS AND PRIORITY
It should work with map mods:
1) This mod has to have higher priority than any map mod.
2) If map mod doesn't change 3D models of gas stations then there is no problem.

If you don't use map mod(s), priority of mod is completely irrelevant i.e. it can be placed even the last in Mod Manager.

*Logos, green stand and trailer are not a problem but the green texture on station model is because Eco (SCS original) is actually company in the game; not a gas station (remember
9 gas station hard coded limit). It has to be done in Blender so no support. The same applies for GOB (SCS original) which is the new hybrid company/gas station in Germany rebuild.
http://truck-simulator.wikia.com/wiki/Eco

**Read above. The hybrid company/gas station is called Ini

. Some textures can be changed, but almost everything else has to be done in Blender.

OPENGL
Mod should properly works in OpenGL mode as it uses BC3 aka DXT5 (Interpolated Alpha) dds texture files.
There were multiply reports that mod works flawlessly in OpenGL. 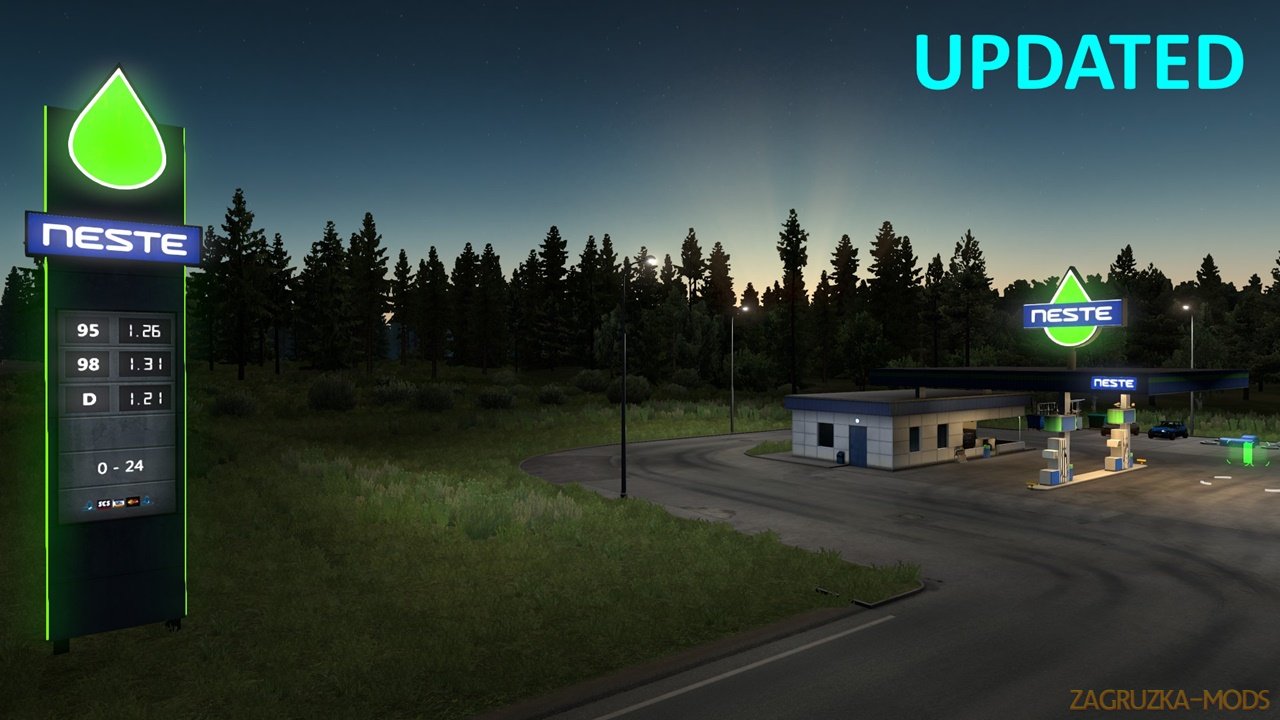 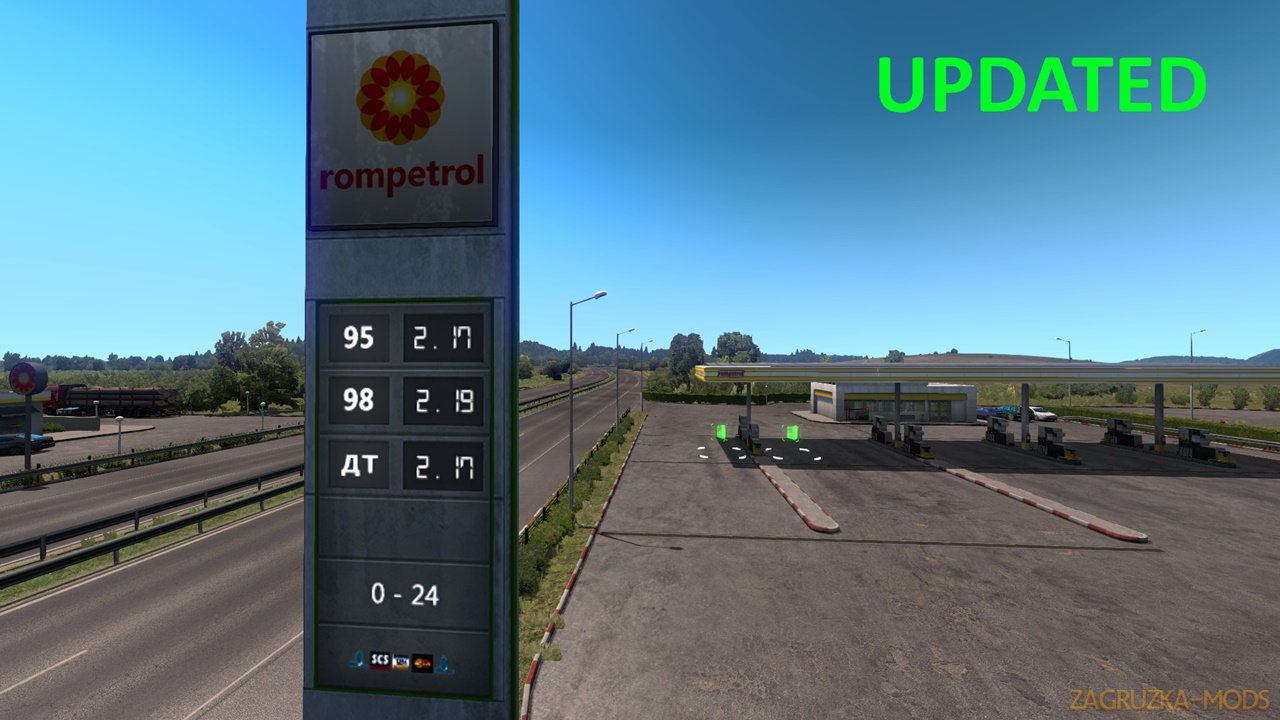