Version Game - 1.39.x
Credits: - Mario1961, Term99, BenganJ, Renzo428, Deco13, gmtavares, Topolino, EdgeGladiator, poland.ball, Tandem M&T
Last edited by: Zagruzka - 10-11-2020, 12:51
Reason: Mod Updated to v1.39.x
Download mod Mario Map v12.8 (1.39.x) for ETS2 | Euro Truck Simulator 2 game.
A great addition added to the game Euro Truck Simulator 2 is Mod Mario Map v12.8 for 1.39.x game version, which can be downloaded for free and without registration. You can also see other fashion from the category Maps for Euro Truck Simulator or go to the main section ETS 2 mods.
Mario Map - is the famous popular map which extend territories in ETS2. The add-on adds a huge location to the game with new states, cities, freeways, towns, buildings and other attributes of new territories. After the installation of the modification, the standard map of Europe from all sides appears to be overgrown with new places, thereby adding additional directions and increasing the length of the road several tens of times.  It also includes Orient Express, one of the most popular Euro Truck Simulator 2 maps. The main advantage of the mod is its scale. The total number of newly added cities is 700, the package contains many roads and junctions, parking lots, gas stations. The author also added air and ferry routes. Now the user can travel not only in the usual Euro territories, but also freely fly from mainland to mainland.

Great attention is paid to detailing, to road surface, trucks, surrounding landscapes, vegetation - everything exactly repeats real objects. For this, mod karta is appreciated by experienced gamers. It not only expands the possibilities, creates hundreds of game hours, but also captivates with its authenticity. Mario mod meets the most demanding tastes, which makes the map rightfully the best.
In addition, each region has its own weather conditions, length of day and night, temperature regime, as well as specific buildings, vegetation, expensive infrastructure and much more.

Features mod Mario Map:
- map is very large;
- this mod combine several other maps from various authors in one pack;
- Map Mario 12.8 includes Europe, Africa, part of Russia, Ukraine, Belarus, as well as South and North America;
- More than 700 cities are added in total
- Additional complex traffic interchanges and related facilities have been implemented;
- a lot of new parking lots, gas stations and repair stations;
- requires: DLC Going East, Scandinavia, Vive La France and Italy
- The first loading of the map may take a long time (do not assume that the game is frozen). Depending on the power of the PC, the first time can take up to 20 minutes!
Changes in v12.8 (1.39.x):
- mod adapted to the latest game patch 1.39;
- fixed bugs from previous version; 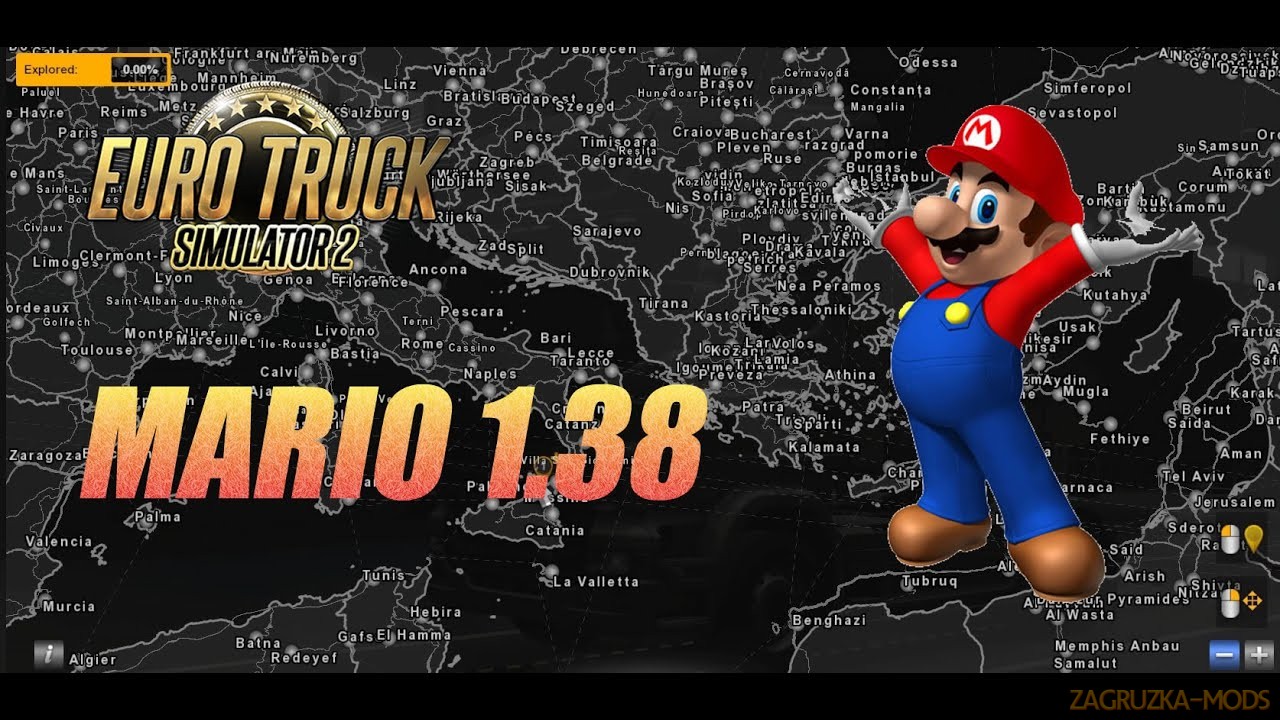 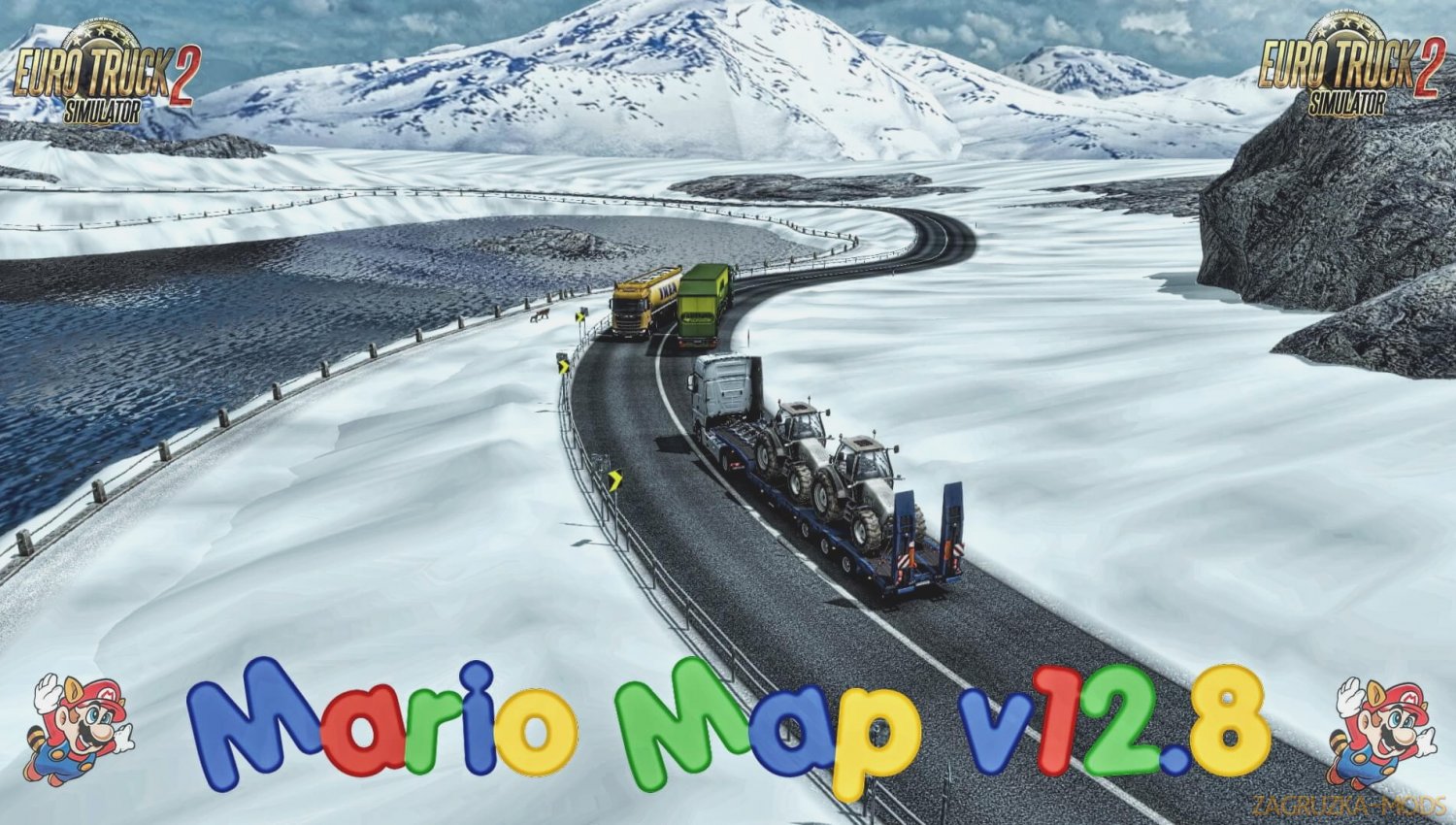