Version Game - 1.39.x
Credits: - SCS Software, Schumi, TzRommi
Last edited by: Zagruzka - 19-11-2020, 08:54
Reason: Mod Update to v1.5
Download mod Trailer Schmitz Pack v1.5 by Schumi (1.39.x) for ETS2 | Euro Truck Simulator 2 game.
A great addition added to the game Euro Truck Simulator 2 is Mod Trailer Wielton Pack by Schumi for 1.39.x game version, which can be downloaded for free and without registration. You can also see other fashion from the category Other mods for Euro Truck Simulator 2 or go to the main section ETS2 mods.
Trailer Schmitz Pack - this mod adds 3 Schmitz quality trailers to ETS2 game, for purchase in ownable. Schmitz trailers that have been manufactured in Germany since 1892 and are highly productive and efficient. The Schmitz Cargobull truck trailers have proven themselves to work flawlessly and safely over the years.Schmitz trailers are represented by three types: curtain, refrigerator and dump truck, which can be purchased for personal use and transported the existing cargo in the game. There is no special tuning for trailers, except for wheel tuning, installation of a mudguard and skins for curtain and refrigerator.
Features Trailer Schmitz Pack:
- The modification contains trailers - Curtain, Isotherm, Dumper;
- Standalone
- Acquired as property
- Advanced hitch
- Cable support
- Support animation
- Templates in the archive
Changes in v1.5:
- The mod is adapted to patch version 1.39
- Fixed bugs from previous version 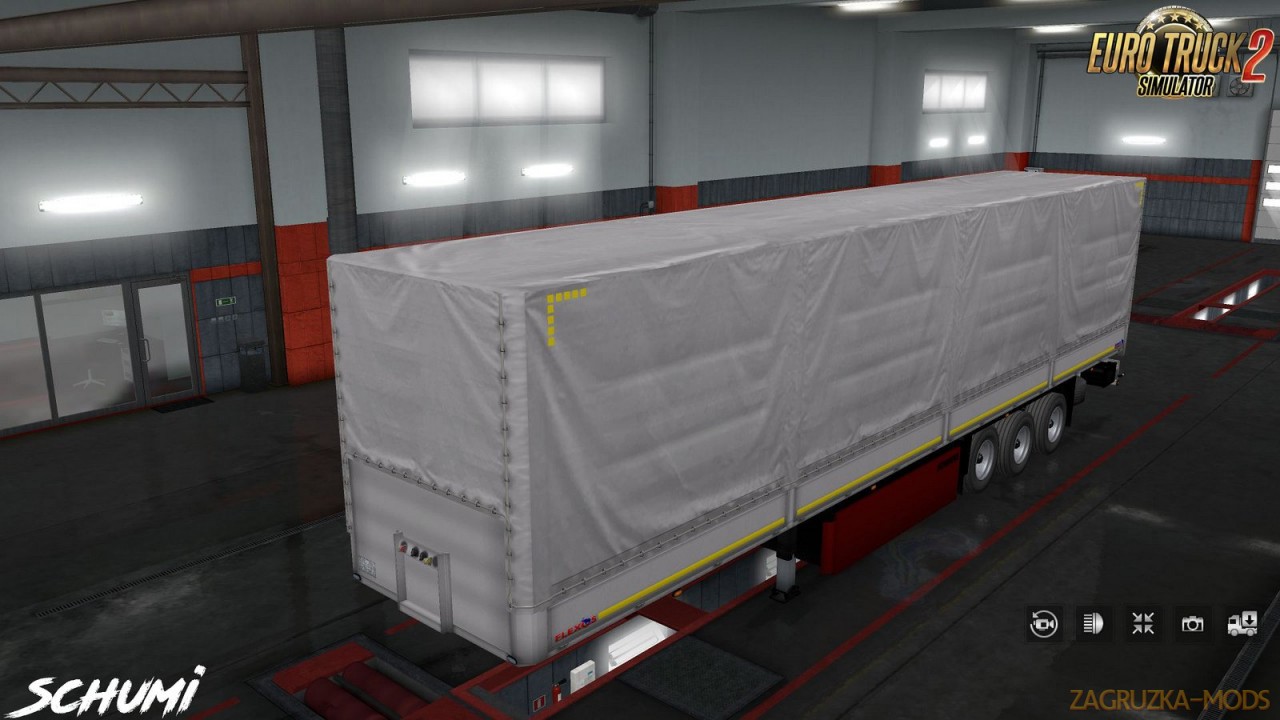 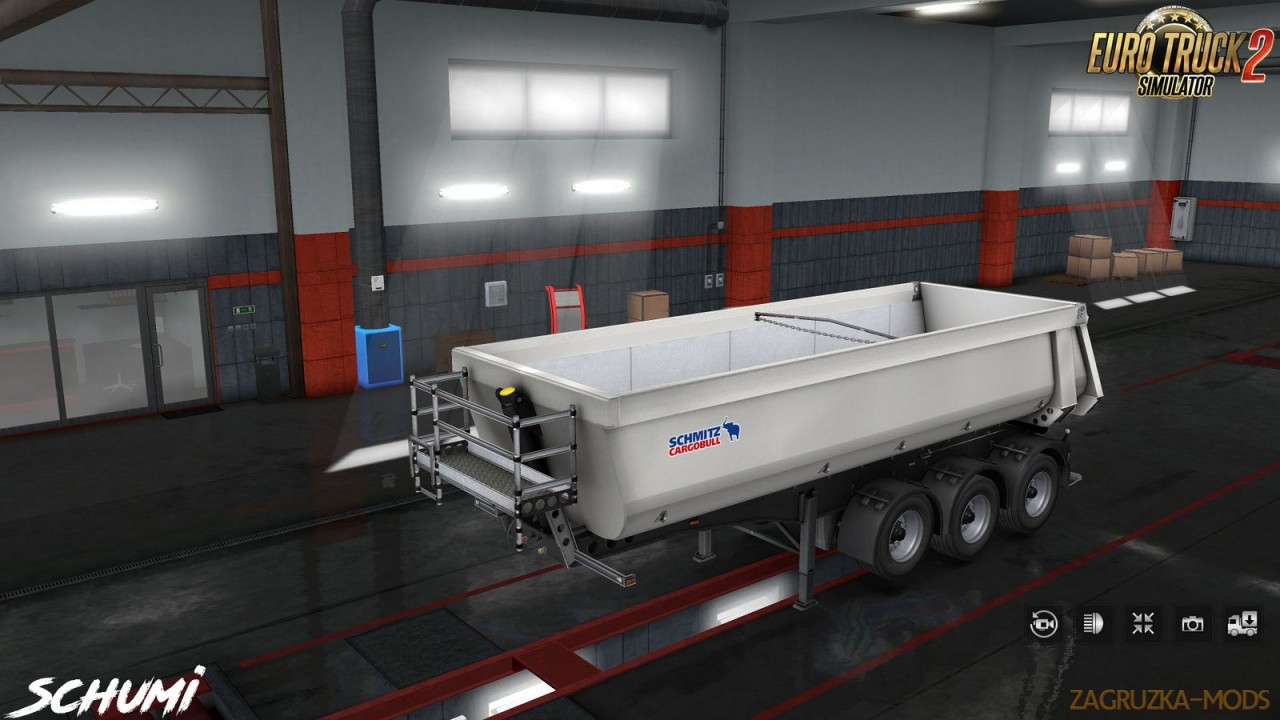