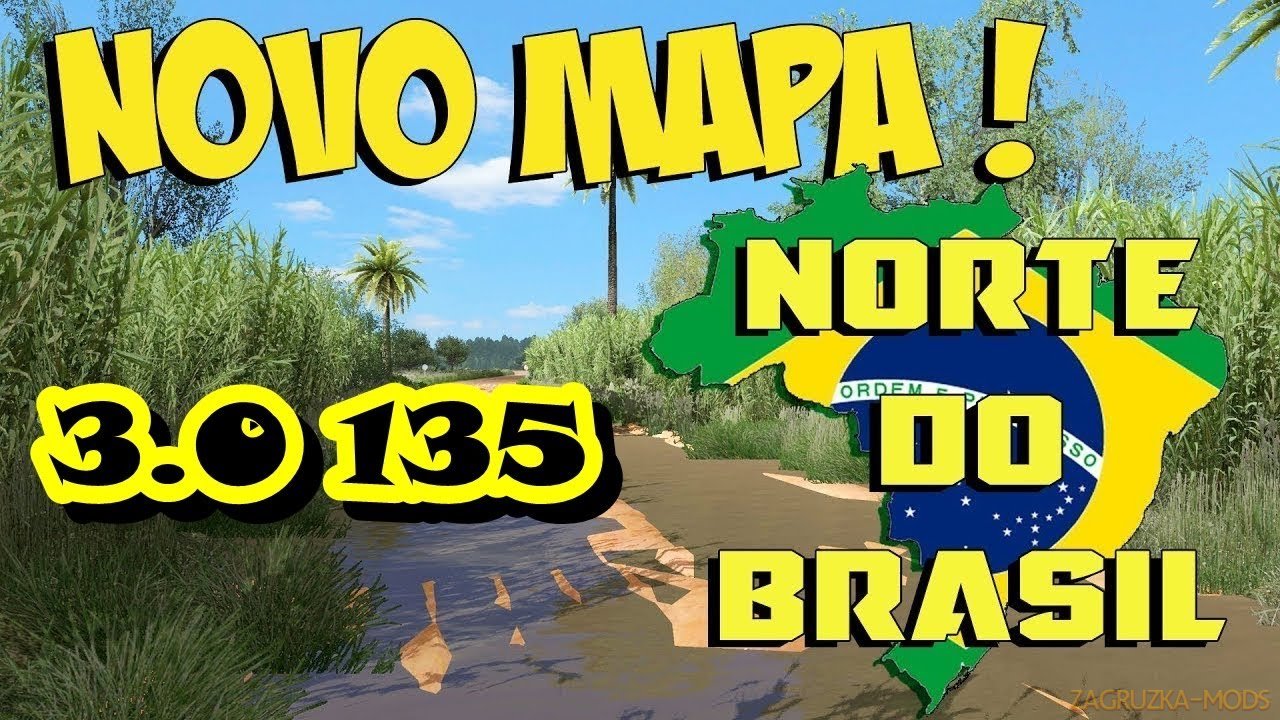 Download mod Brazil North Map v5.1 (1.37.x) for ETS2 | Euro Truck Simulator 2 game.
A great addition added to the game Euro Truck Simulator 2 is Mod Brazil North Map for 1.37.x game version, which can be downloaded for free and without registration. You can also see other fashion from the category Maps for Euro Truck Simulator or go to the main section ETS 2 mods.
Brazil North Map - On the map there are roads of varying complexity and with different surfaces. There are places where you have to overcome water barriers. Brazil is an exotic country famous for its colorful carnivals, endless sandy beaches, tropical flora and fauna and colorful multinational culture. Many fans of the simulator ETS 2 have already traveled to the virtual version of this outlandish state with the help of modification EAA Map, and here is a new addition that allows you to take a fresh look at this part of the South American continent.
Features Brazil North Map:
– More than 200 cities in the north of Brazil;
– A lot of updates to objects, models and roads;
– Improvements and optimization in all existing cities;
– 03 giant weight for inspection of player load and traffic.
– Extreme road optimization and landscaping for fps gain;
– Improvements in adapting cities to the map using g-point;
– Removal of excess objects within cities;
– Lighting replacement in several cities;
– Extreme Optimization of Vegetation on Dirt Roads (excellent SPF gain);
– Various bug and bug fixes;
– New ferries for crossing along the stretch;
– Removal of excess quagmire on several stretches of dirt roads;
– New layout of highways and dirt roads for better suitability;
– Revision and new layout of several cities and capitals;
Changes in v5.1:
- Added 60 new cities;
- Added new bus stations in the capitals;
- Various fixes and improvements;
- Correction of lighting in some places;
- Elimination of obstacles and invisible walls on the roads;
- Inspection of all toll roads to eliminate collisions or obstacles present inside;
- Adding prefabricated structures to existing bus stations, making it easier for passengers to board and drop off.
Tested on 1.37.x game version
Screenshots Mod 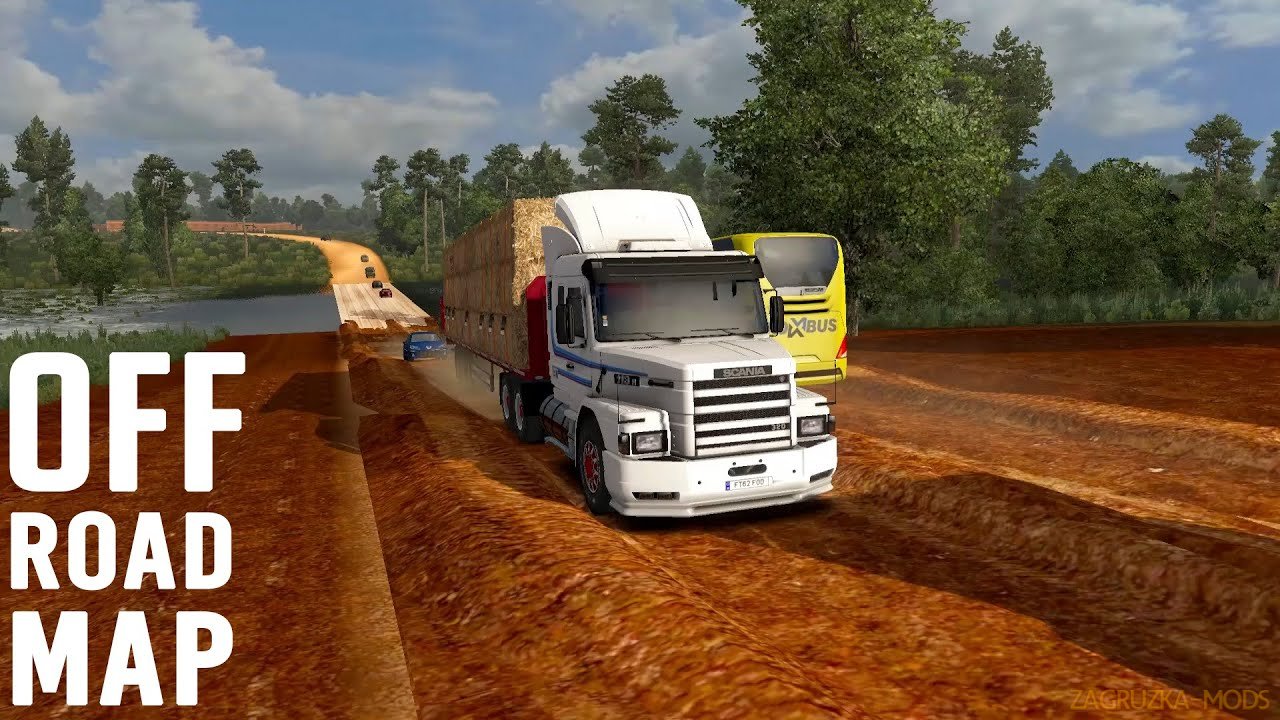 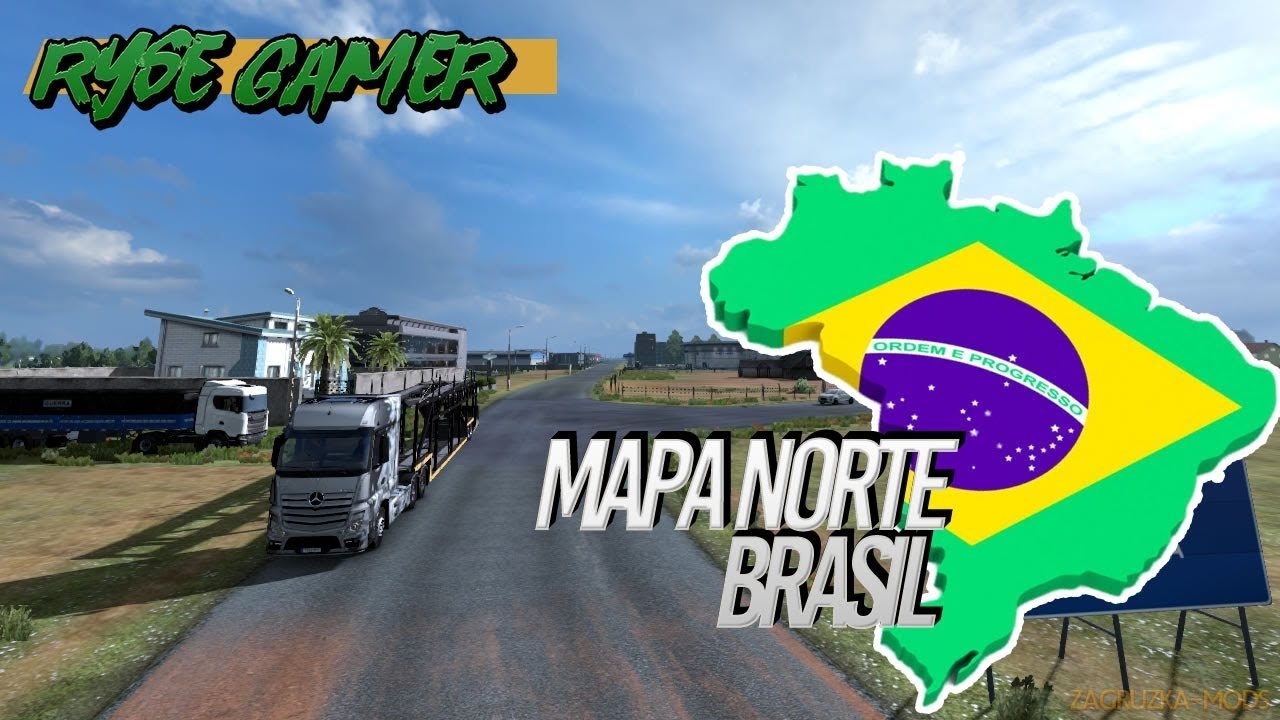 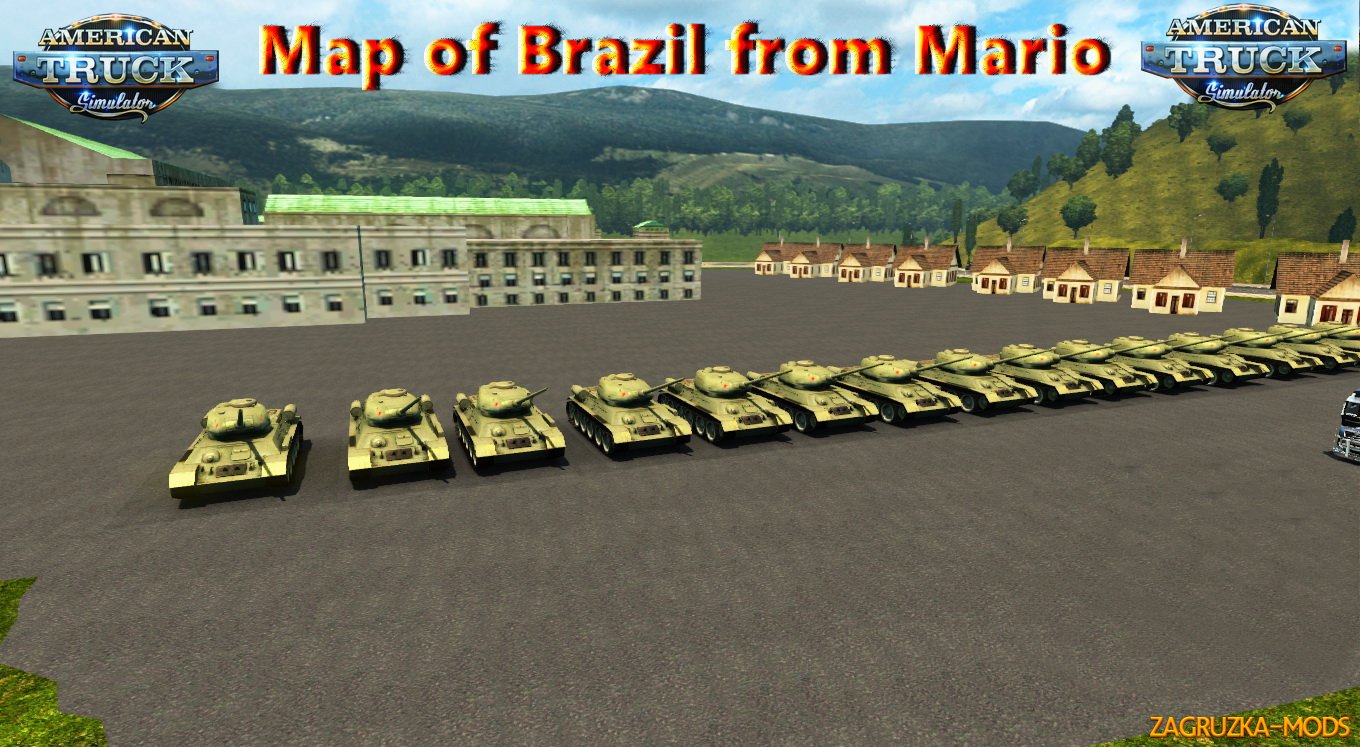 Map of Brazil from Mario v1.3 for ATS
ATS Maps