Mod Poland Rebuilding Map v2.4.2 (1.37.x) for ETS2 | Euro Truck Simulator 2 game.
Poland Rebuilding is a map mod, that is an overlay, that turns boring Polish territories making
them more interesting, real and demanding. Besides expanding the road network, it offers many
new interesting cities, towns and villages to and from which you can easily take orders.
Update  2.3 just like the previous one focuses mainly on bug fixes (over 100)  and adaptation to the latest
version of game, which in this case  required a lot of work from us. In this version however there are a few noticeable changes.
The first thing are cabin accessories, that have been included in mod files. For those, who don't have a PR map,
we released separate package. We added new road with a hidden city, and along with it we refreshed Ostrołęka.
Changes that took place on PM map forced us to overwrite our areas of Augustów and surroundings, and recreate
the special route that was placed in this terrains. Using this opportunity, we have introduced warning messages
for the most demanding cargos. Old road signs are also being replaced gradually whenever possible, and as we have time.
What's more, we also started to improve distance signs, so that they would not show the values taken from Google Street View,
but virtual in-game distance. It is a long process, therefore not all signs at the moment are corrected.
This probably all of major changes in new version. See you on the road!

- Place Poland Rebuilding files directly over ProMods, in order listed on archive thumbnails.
- If you use more modifications, their order should remain unchanged (unless the author gives a different).
- Additional PR archives can be placed in any order above the map files.
Reuploading files to other hosting services and distributing them without permissions is prohibited.
Tested on game version 1.37.x
Screenshots Mod 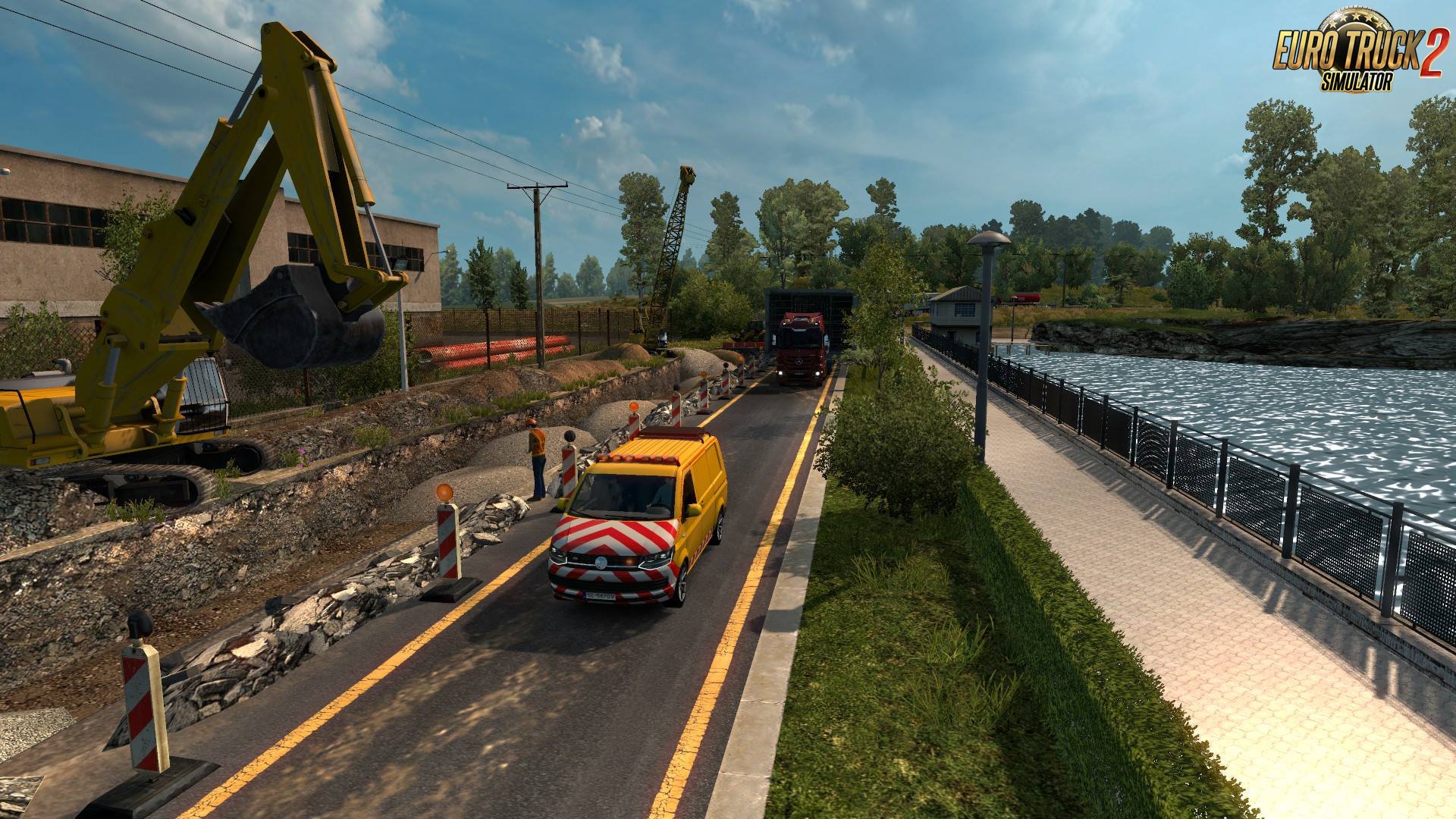 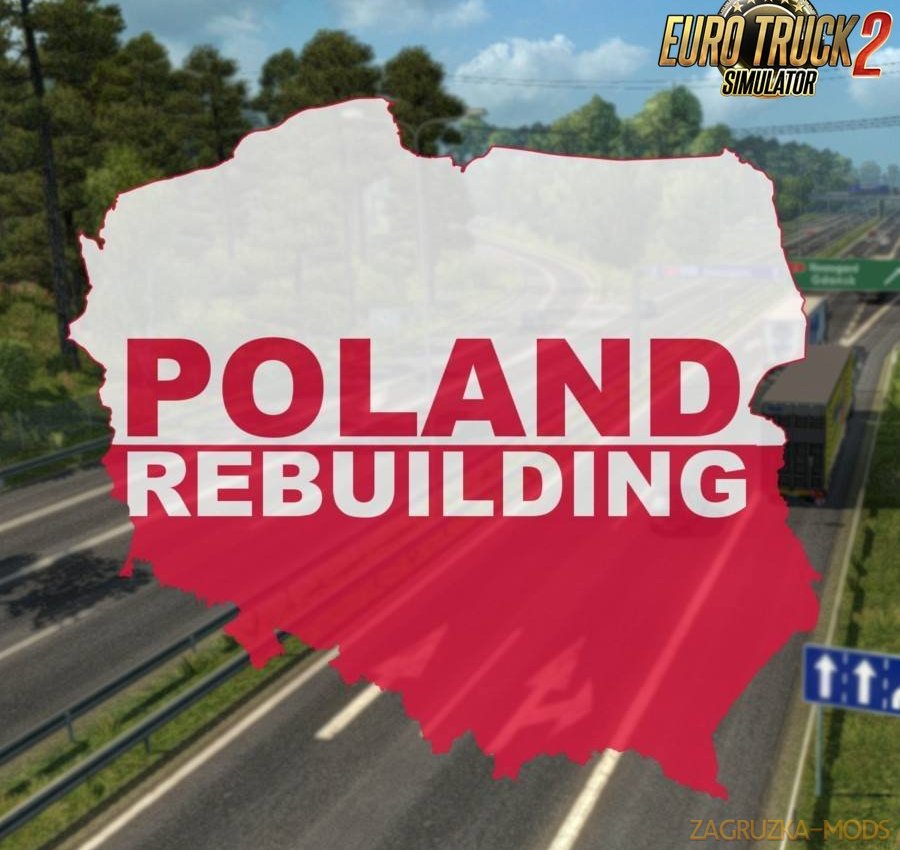 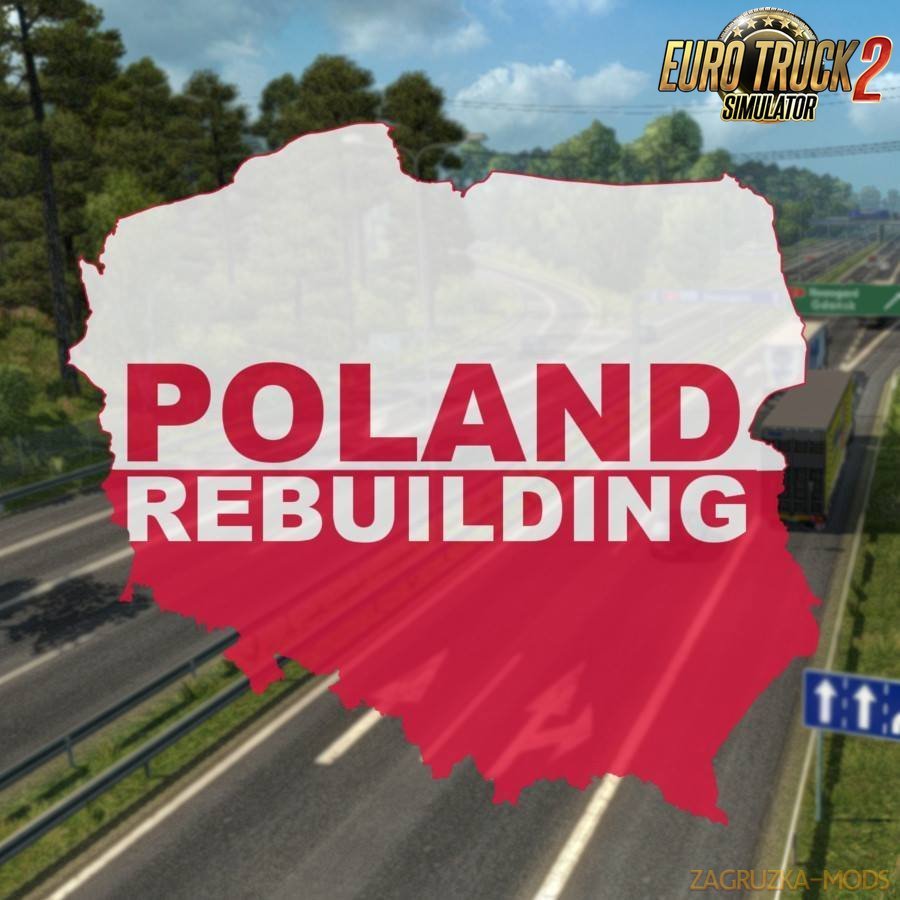