Category - ETS 2 maps
Version game - 1.42.x
Credits: - Frank007, Indian56, Retoucher, Gumikacsa, SCS Software, FLD
Last edited by: admin - 24-10-2021, 23:25
Reason: Mod Updated to v0.9.28c
Report Material
Download mod Hungary Map v0.9.28c Updated by Indian56 (1.42.x) for ETS2 | Euro Truck Simulator 2 game.
A great addition added to the game Euro Truck Simulator 2 is Mod Hungary Map Updated by Indian56 for 1.42.x game version, which can be downloaded for free and without registration. You can also see other fashion from the category Maps for Euro Truck Simulator or go to the main section ETS 2 mods.
Hungary Map - Large map of Hungary with a huge number of cities. To the eyeballs is filled with picturesque places. Very realistic and rich in objects. Standalone map modification for Euro Truck Simulator 2, containing a work-in-progress, 1:3 scaled representation of the Hungarian road system as it existed around circa 2002. The map now looks very impressive and is a full-fledged product. Everything is done with the soul and therefore it is very interesting to explore the territory. Each section has been worked out in detail, many thousands of kilometers of the track are decorated with additional details, the whole area is drawn in great detail so you will not find two identical sections during the trip. The towns are made in the characteristic style of small settlements that can be seen in Hungary.
Features Hungary Map:
- The map is built on a scale of 1: 3;
- About 300 large and small cities;
- Thousands of kilometers of roads;
- Unique interchanges and other objects;
- Own companies in which it will be rather difficult to unload;
- Adapted to the game version 1.38.x.
Changes in v0.9.28c:
- Adapted to the latest game patch 1.42;
- No new content added.

Changelog v0.9.28a 1.36
- Update for 1.36 and DX11 compatibility!
- In addition, have corrected countless minor-major errors
- It may still contain bugs, but hopefully only those that won't hinder the game! 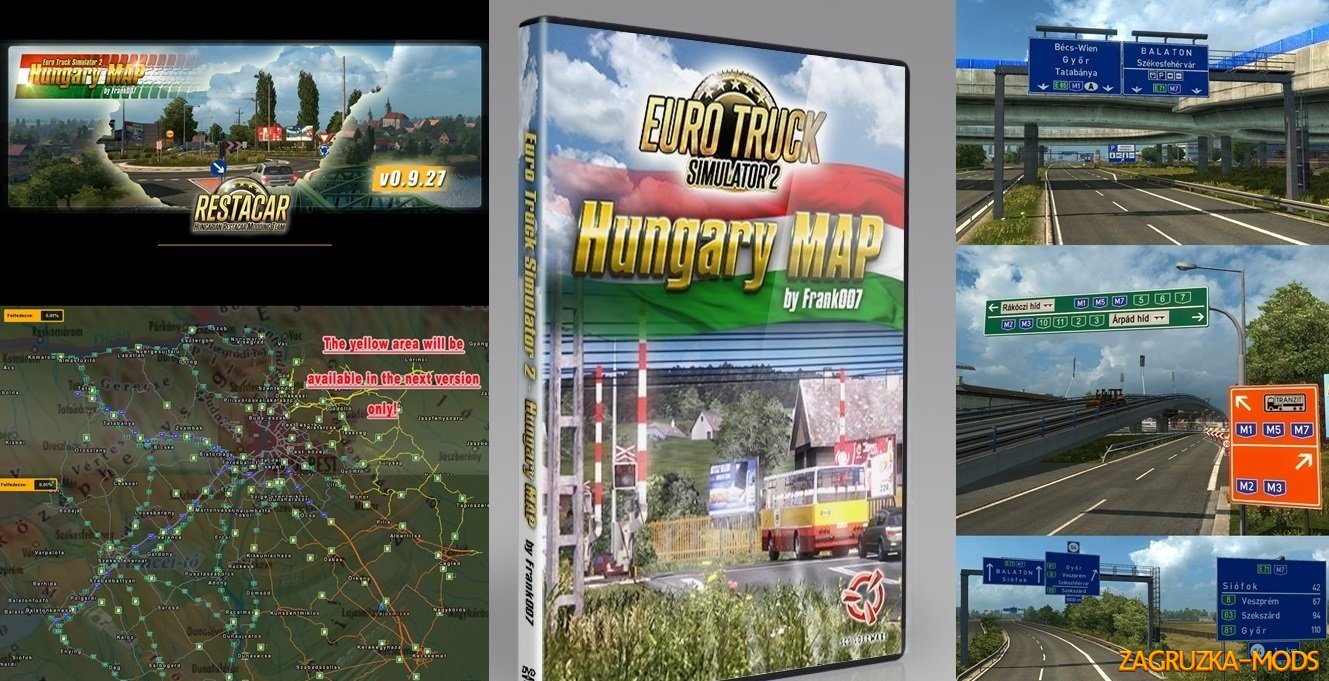 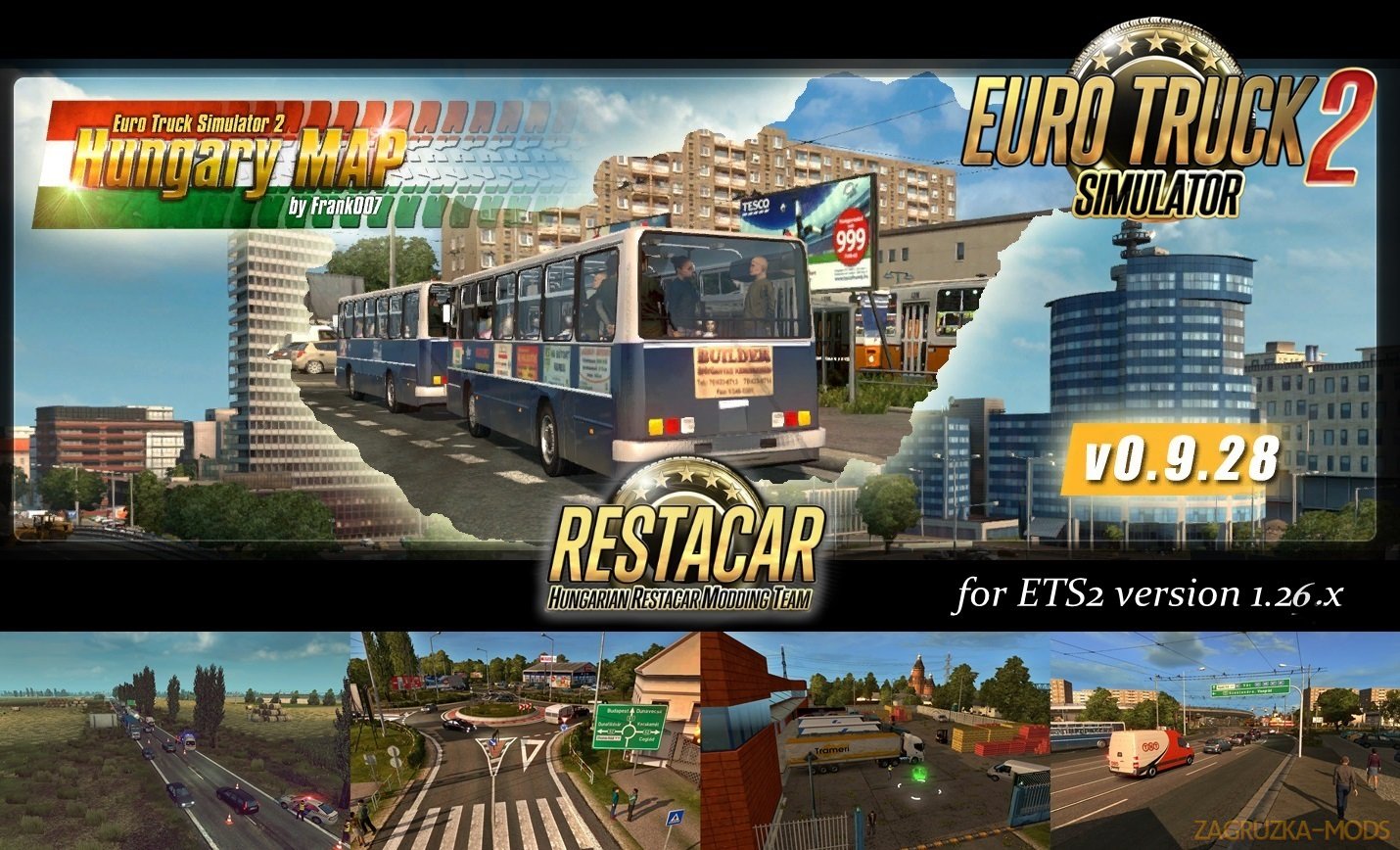 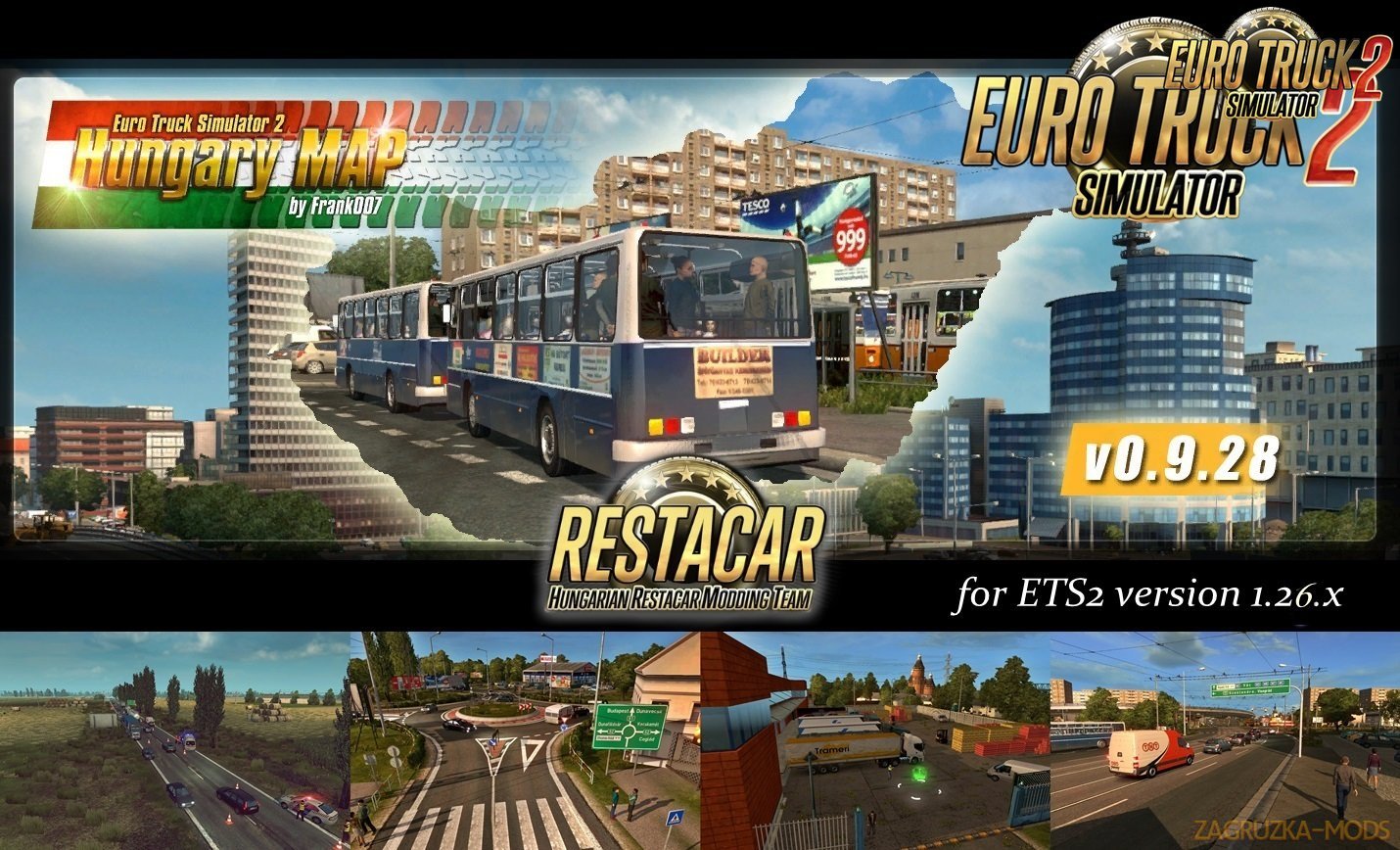