Category - ETS 2 other mods
Version game - 1.46.x
Credits: - Jazzycat
Last edited by: Zagruzka - 25-11-2022, 14:40
Reason: Mod Updated to v15.2
Report Material
Download mod Bus Traffic Pack v15.2 by Jazzycat (1.46.x) for ETS2 | Euro Truck Simulator 2 game.
A great addition added to the game Euro Truck Simulator 2 is Mod Bus Traffic Pack for 1.46.x game version, which can be downloaded for free and without registration. You can also see other fashion from the category Other mods for Euro Truck Simulator 2 or go to the main section ETS2 mods.
Bus Traffic Pack - A set of buses that will appear in the traffic of the game Euro Truck Simulator 2. The mod is based on high-quality 3D models and includes more than 1000 original skins, so the uniformity of the new traffic is excluded. This add-on adds to the simulator traffic 43 model of regular buses of existing buses manufactured by such concerns as MAN, Neoplan, Mercedes-Benz, Volvo, Ayats, etc.
Features Bus Traffic Pack:
- Pack adds in traffic 46 new models of buses with 1421 skins (Setra, Neoplan, Volvo, Man, Mercedes-Benz, Ikarus, Scania, Ayats, Irizar, Temsa, Irisbus, Jelcz, Karosa, Caetano, Optare).
- Everything is spelled out separately, does not replace anything;
- Compatible with all Jazzycat packs;
- various brands buses included;
- high quality buses models.
Changes in v14.9:
- Adapted to the latest game patch 1.46;
- Added new skins of real UK bus operators;
- Improved country definitions.
Tested on game versions 1.46.x 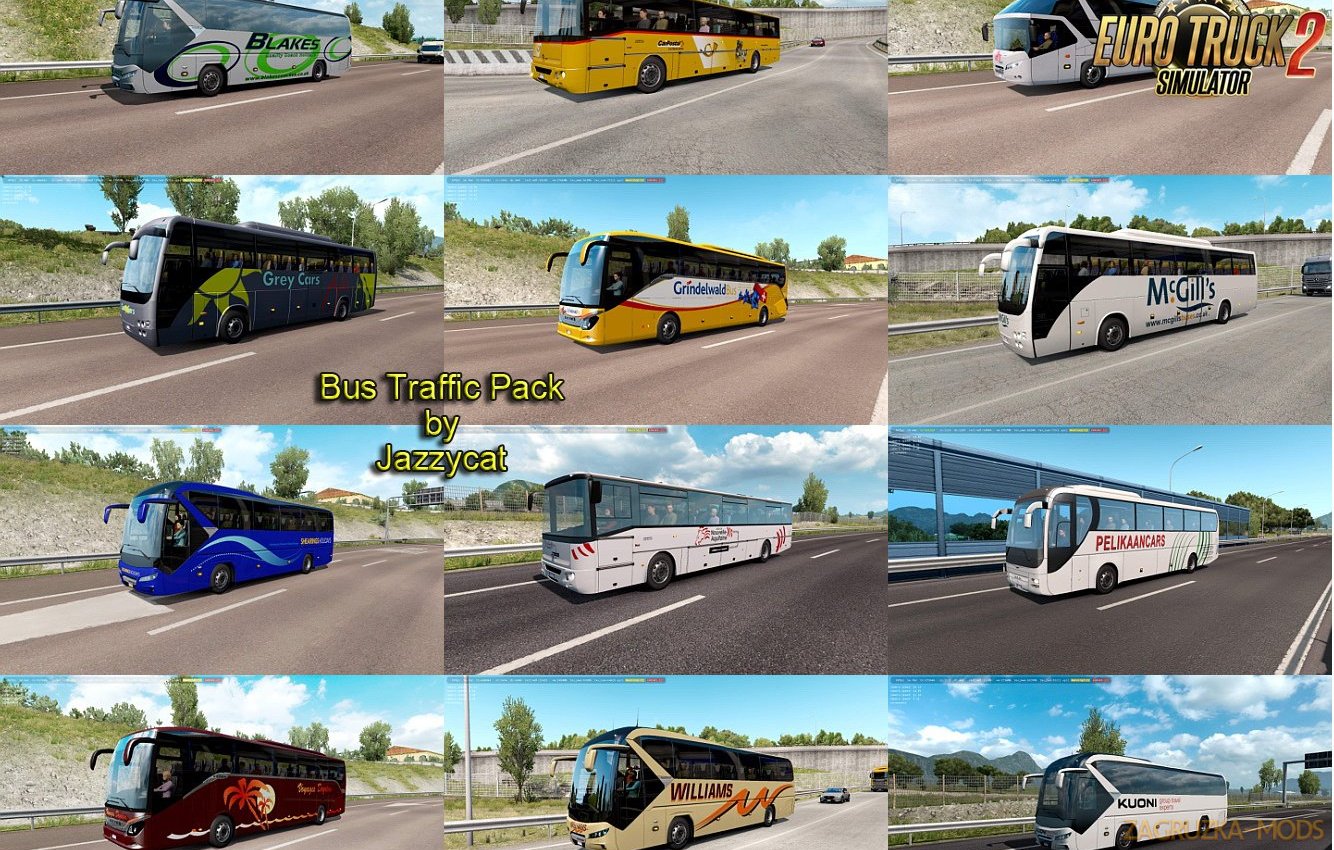 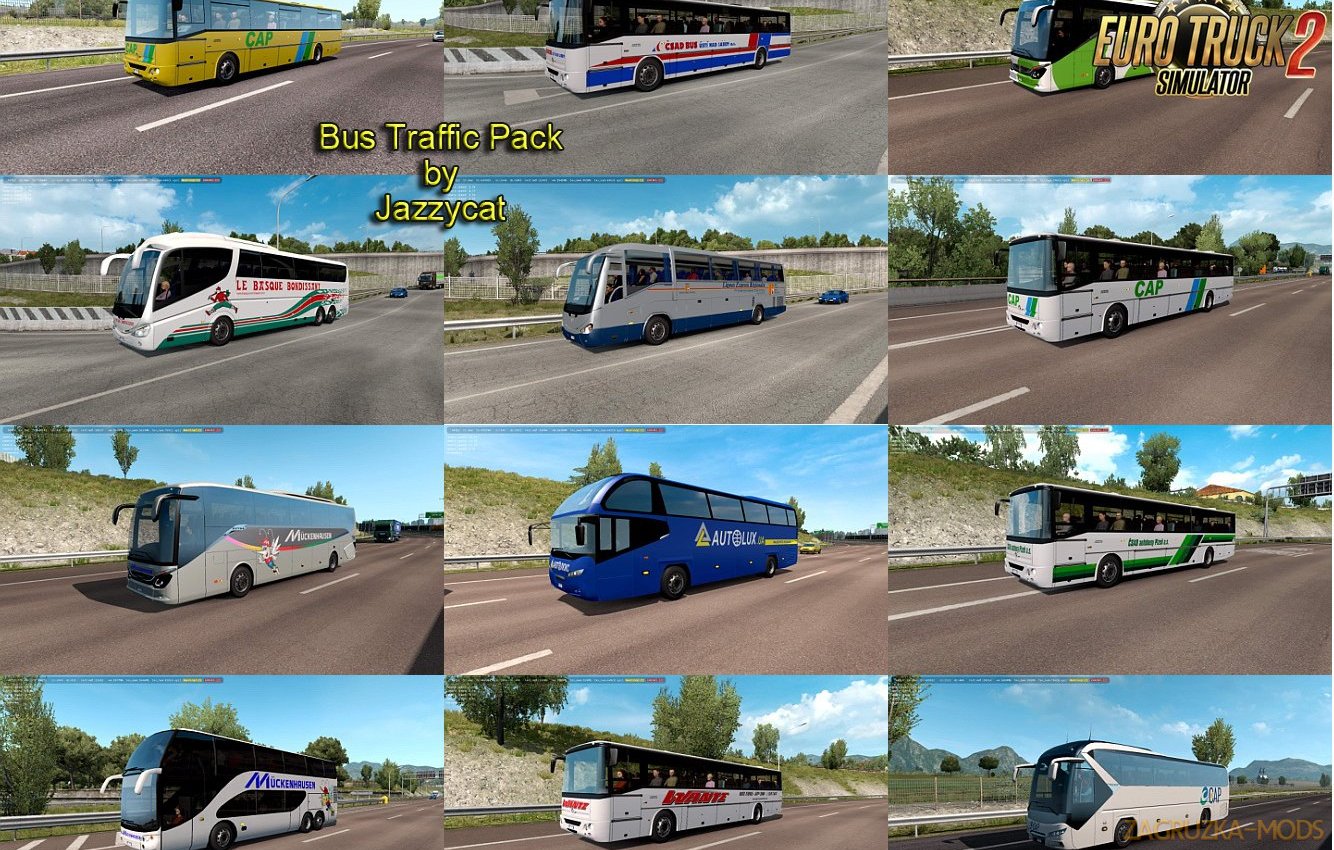 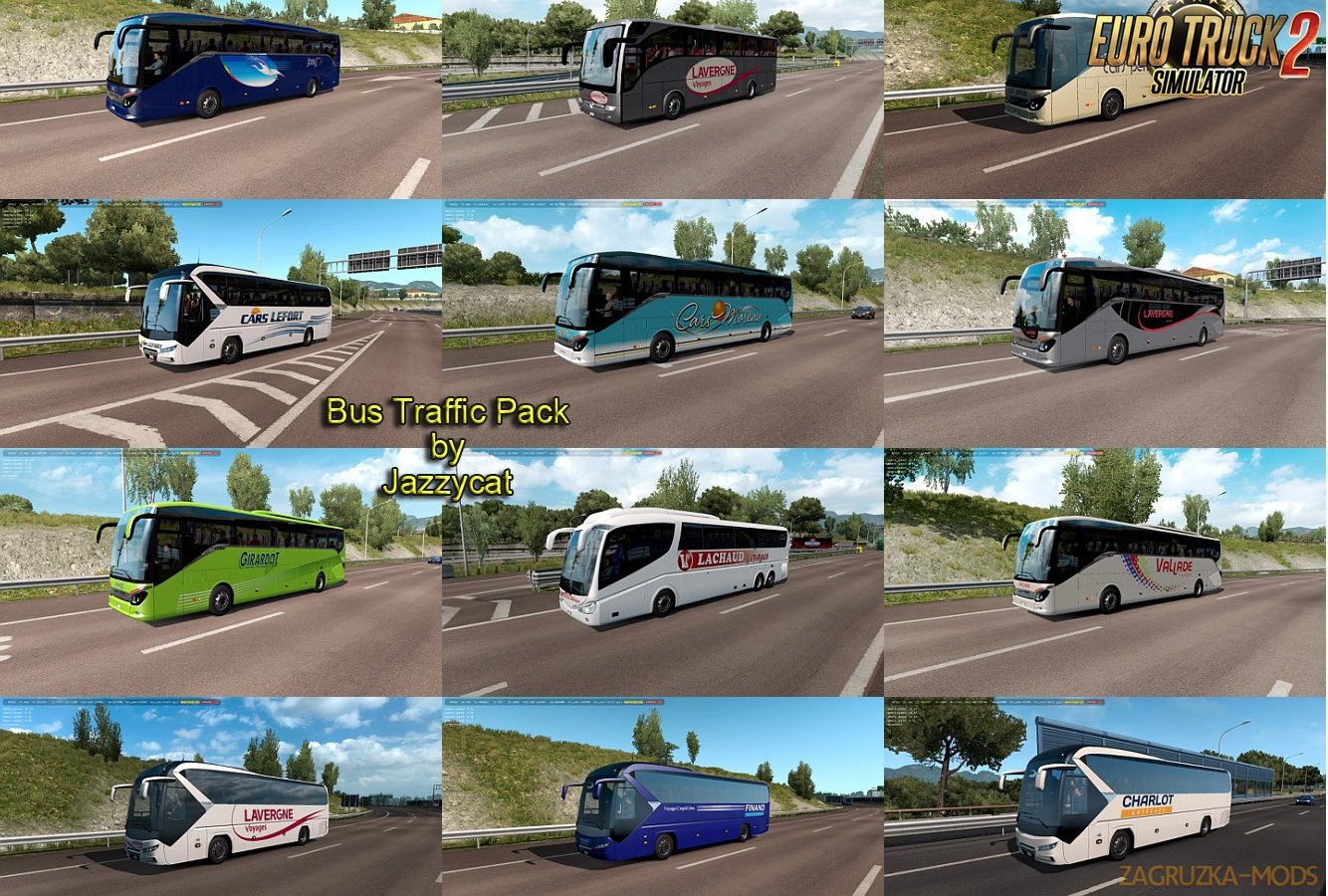 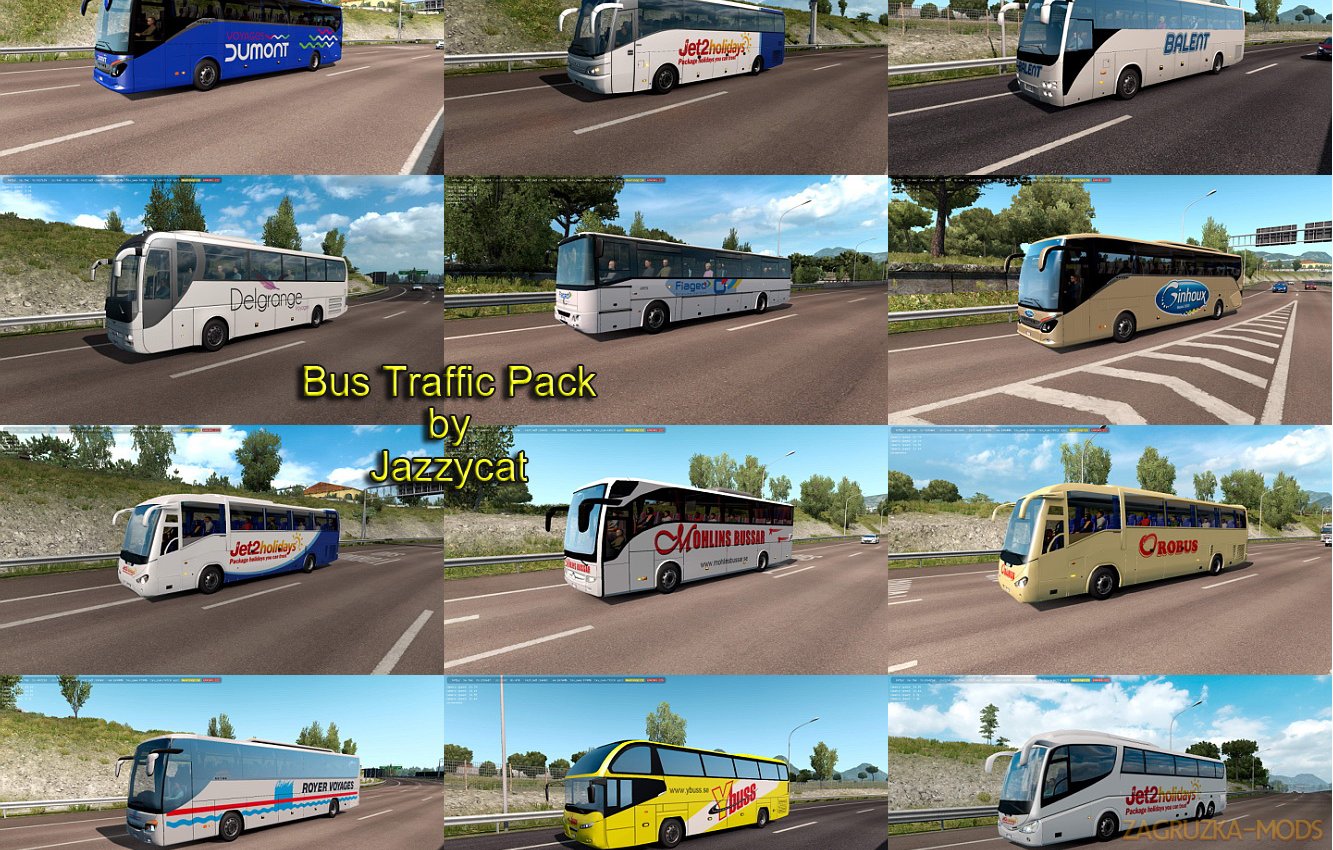