Download mod Sierra Nevada Map v2.2.20 (1.37.x) for ATS | American Truck Simulator game.
A great addition added to the game American Truck Simulator is Mod Sierra Nevada Map for 1.37.x game version, which can be downloaded for free and without registration. You can also see other maps from the category Maps for American Truck Simulator or go to the main section ATS mods.
Sierra Nevada Map - encompasses the region of east California and west Nevada, recreating the beautiful roads and highways in that region.
Introducing our new "Reforma" mod, which means re-create change the shape of something, in our case a series of reworks in the USA and Mexico or even other places, not only limited to that region.
Our newest map for American Truck Simulator re-creates 100% a large portion of the roads and cities throughout the Sierra Nevada region. Travel across the Donner Pass or through the beautiful Yosemite National Park. A great deal of the Nevada deserts is also available to explore, or become immersed in the large metropolitan areas of Sacramento and Reno.
Explore unique regions such as Lake Tahoe completely, Yosemite National Park or Lassen Natl Forest, the loneliest highway in America or even traverse the Donner pass in different route angles or alternatives.
Deliver in different spots, such as logging areas, open pit mines, oil industries, construction zones, in creatively designed environments that appeals to explore the map.
Discover hidden routes and easter eggs everywhere placed on map, explore area 51, explore back roads or even windy routes not suitable for trucks.

Old Changes
Changes in v2.2.19:
- map is a free version now
- This mod remodels extensive areas in northern California and the vast majority of Nevada in the base map of ATS.
- adapted to the latest game version 1.37.x open beta
Important:
- You need Oregon, Washington, New Mexico DLC for the map to work
- Minor Urban Overhaul and US Expansion are not compatible and might cause crash. Use Minor Urban overhaul lite version.
- Google maps GPS mod causes crashes using the mod.
Tested on game version 1.37.x
Screenshots Mod 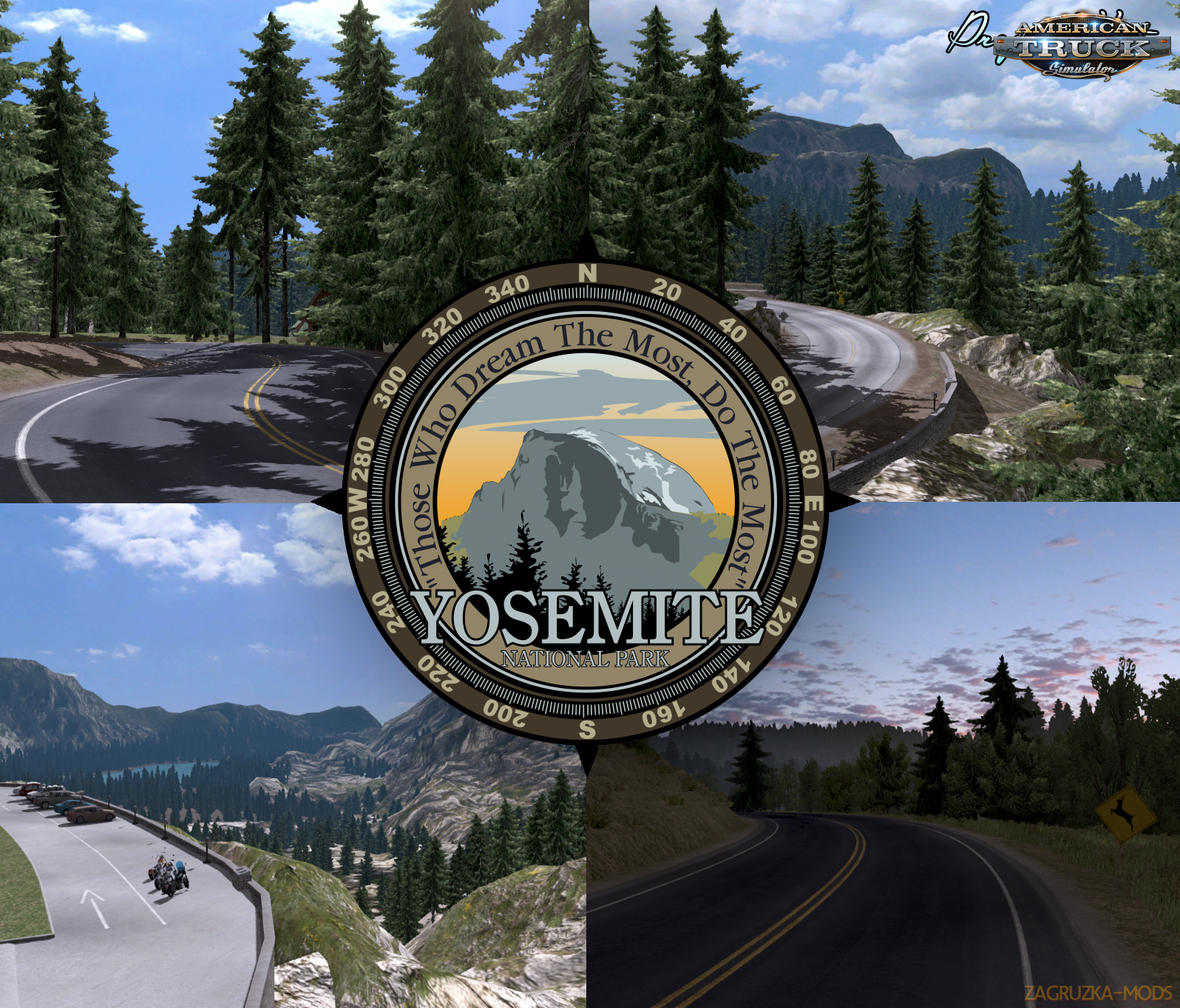 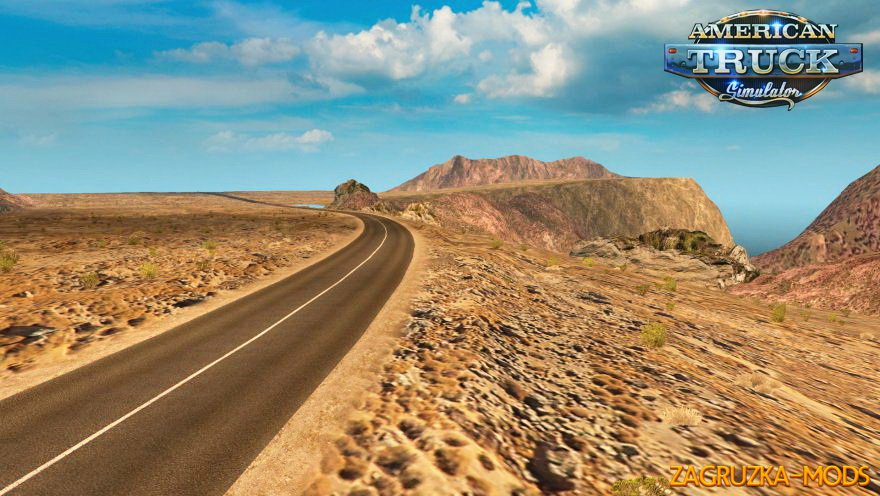