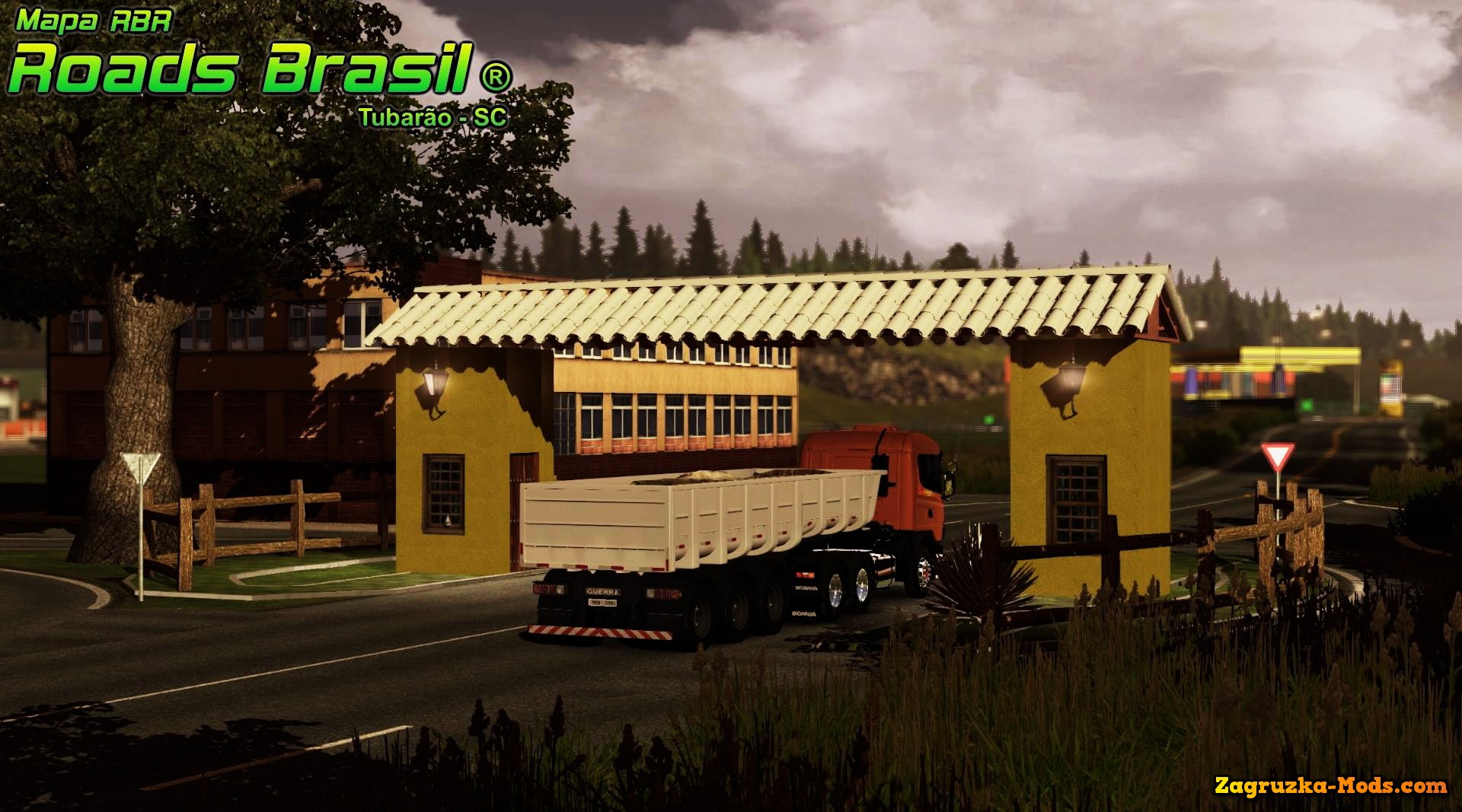 Category - ETS 2 maps
Credits: - Sony
Report Material
Description: Mod ,,Brazil Map - Mapa RBR 1.0.8" for ETS 2. - The short time the team "Roads Brazil" released a (MOD) BR map with various cities of our country
a project that lasted more than 1 year and a half to complete. this mod came to be sold on the team blog for R $ 20,00 reais, several people bought, but some uParam soon after so that everyone could enjoy the deed! so here is the link to Download!.
Note: Remember that anyone who liked the MOD, you can purchase it at this link here, with this you will be helping developers and also have MOD updates whenever there are changes, because the team promises to always be enovando and adding more items on map.
This map includes:
Cities:
- Sao Jose Dos Campos.
- Lombadas turtle style or cat's eye.
- Turtle or cat's eye at the entrances of businesses.
- Streets with coasting.
- Intersections with yellow bands.
- Fire department.
- Market.
- Bar with ambient sound (Pagoda).
- Restaurant.
- Precinct.
- Pharmacy.
- Road with pavement.
- 3 new types of driveways.
- Surround Sound City.
- Plate Urban Perimeter.
Roads:
- Rodovia Regis Bittencourt - BR 116 Connect from Sao Paulo to Sao Jose Dos Campos.
- Plate Urban Perimeter.
- Radars along the highway.
- 2 posts biggest, with a floor paved with sunken bath and the other with part of the land.
- Shop By Lucas Santana.
- Walkway along the highway.
- Small neighborhoods along the highway.
OTHER:
- Sons of traffic in major cities.
- Sounds of running water.
- Sounds of birds.
- Sons of rockslide in the mountains.
- Sounds and Sea Ports.
- Several stretches of asphalt resurfacing with sunken.
- Returns included in BR 101 From Sao Paulo to Record (Remember that testing is a return, if approved by you put in other sections).
- Time of the adjusted map, now the time became longer, taking longer to darken and more for sunrise.
- Retrieved Bugs plate.
Changes in new version 1.0.6:
• General Changes:
- Approximate distances in real, some variations of up to 15kms
- Time a little longer
- Company AMBEV exchanged places
• Roads:
- Immigrants highway linking São Paulo to Santos
• New prefabs (Crossroads):
- Immigrants Bridge
- New post
• Signs:
- All boards Immigrant saw
• Trucks and Cargo models:
- Added the trucks: Mercebes Benz 1938 Scania 112 and the Volkswagen 18.310
- Trailers (Skins)
• Resolved:
- Taken all bugs yet
Changes in new version 1.0.7:
Free version only for patch 1.15 Euro Truck Simulator 2.
This version worked only until February when it will be released version 1.8 of Rio de Janeiro.
Compatible with cards:
Standard SCS map
RUS MAP V1.4.5
Changes in new version 1.0.8:
Added 2 new cities: Lorena and Cachoeira Paulista.

Installation: Copy the files from the archive into the folder My Documents \ Euro Truck Simulator 2 \ mod \ 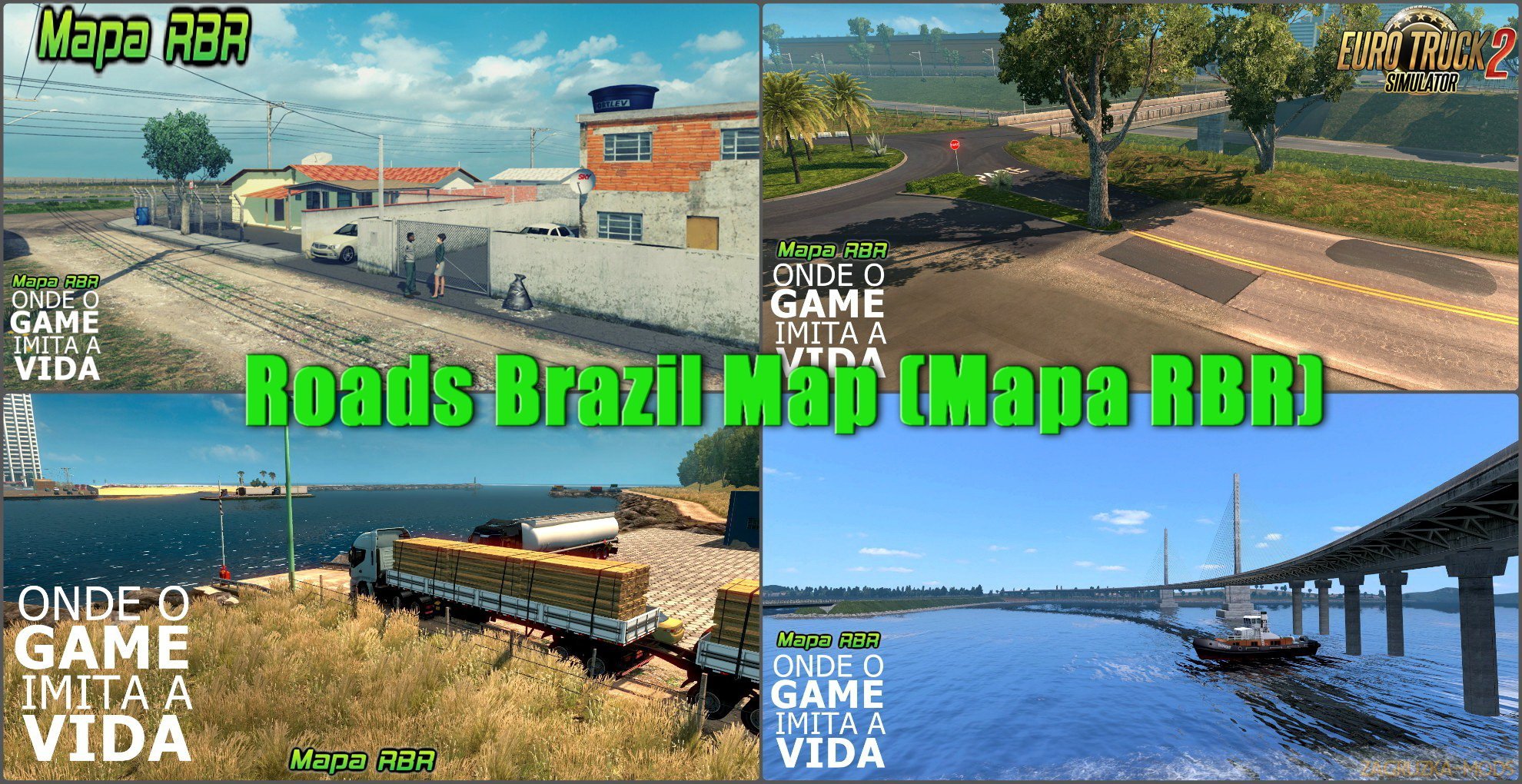 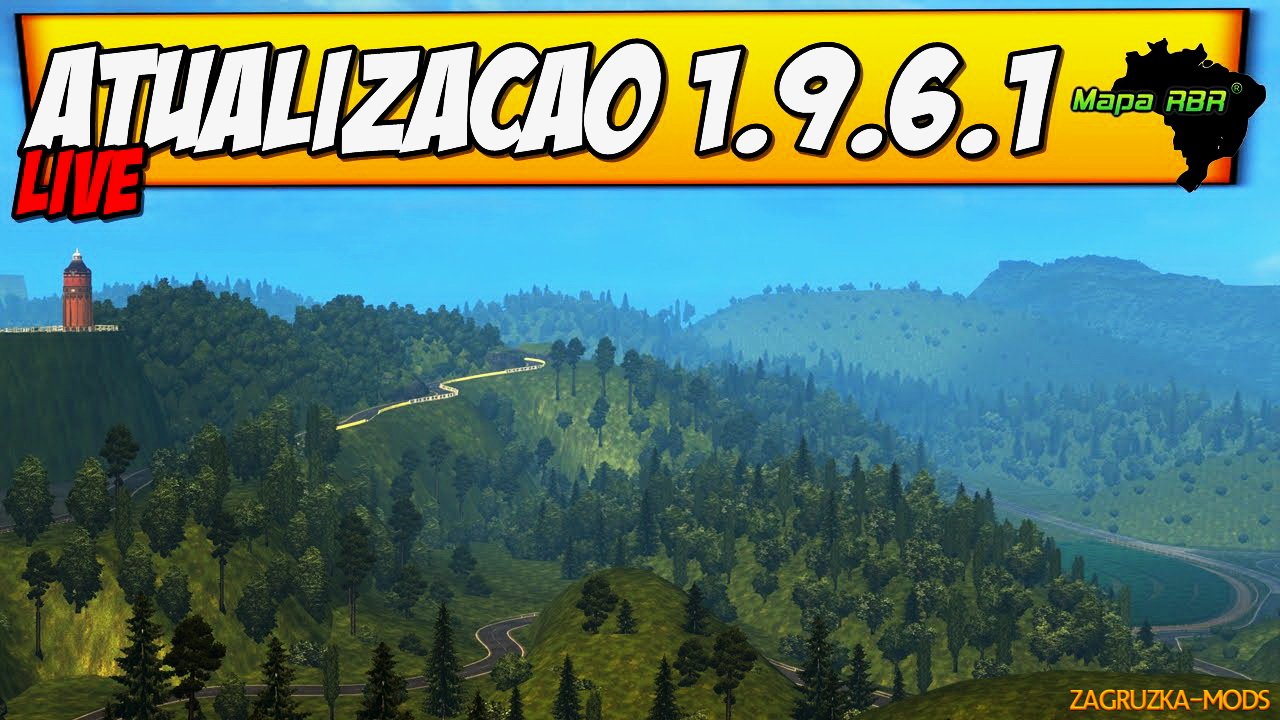 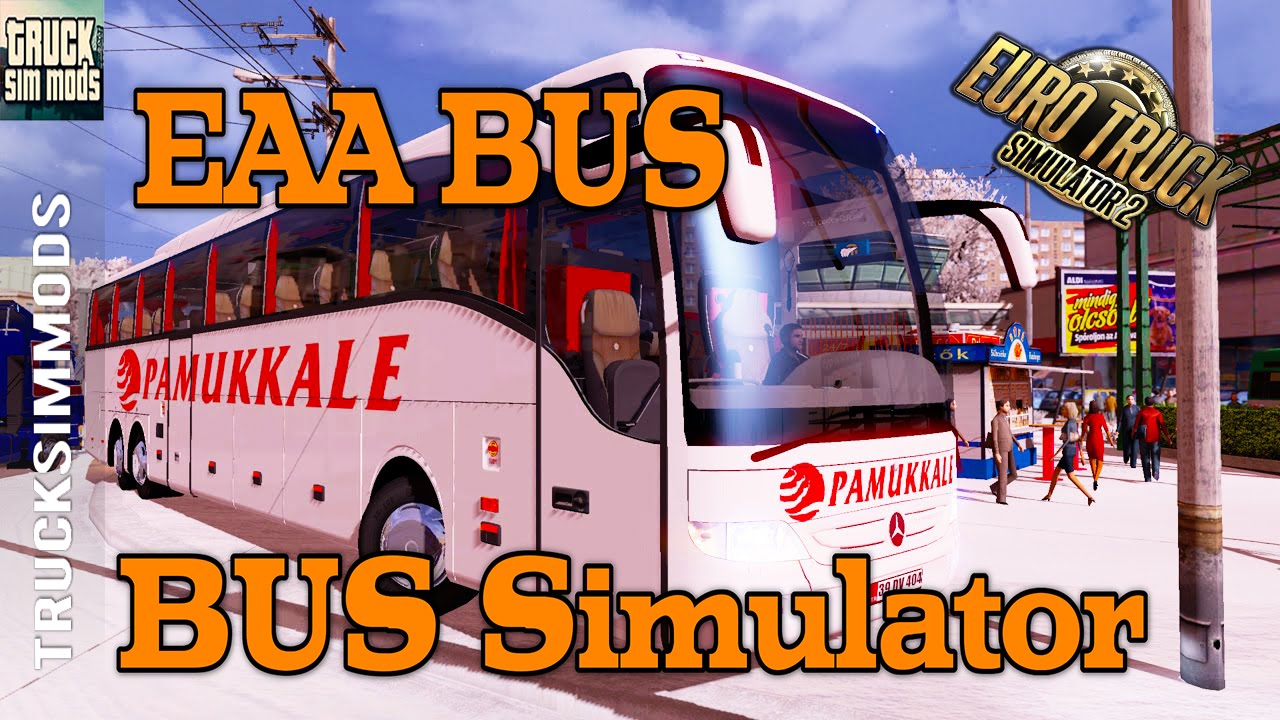 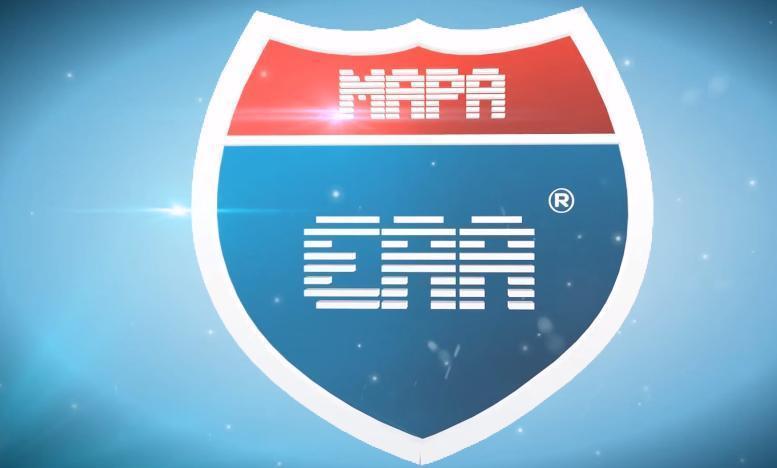 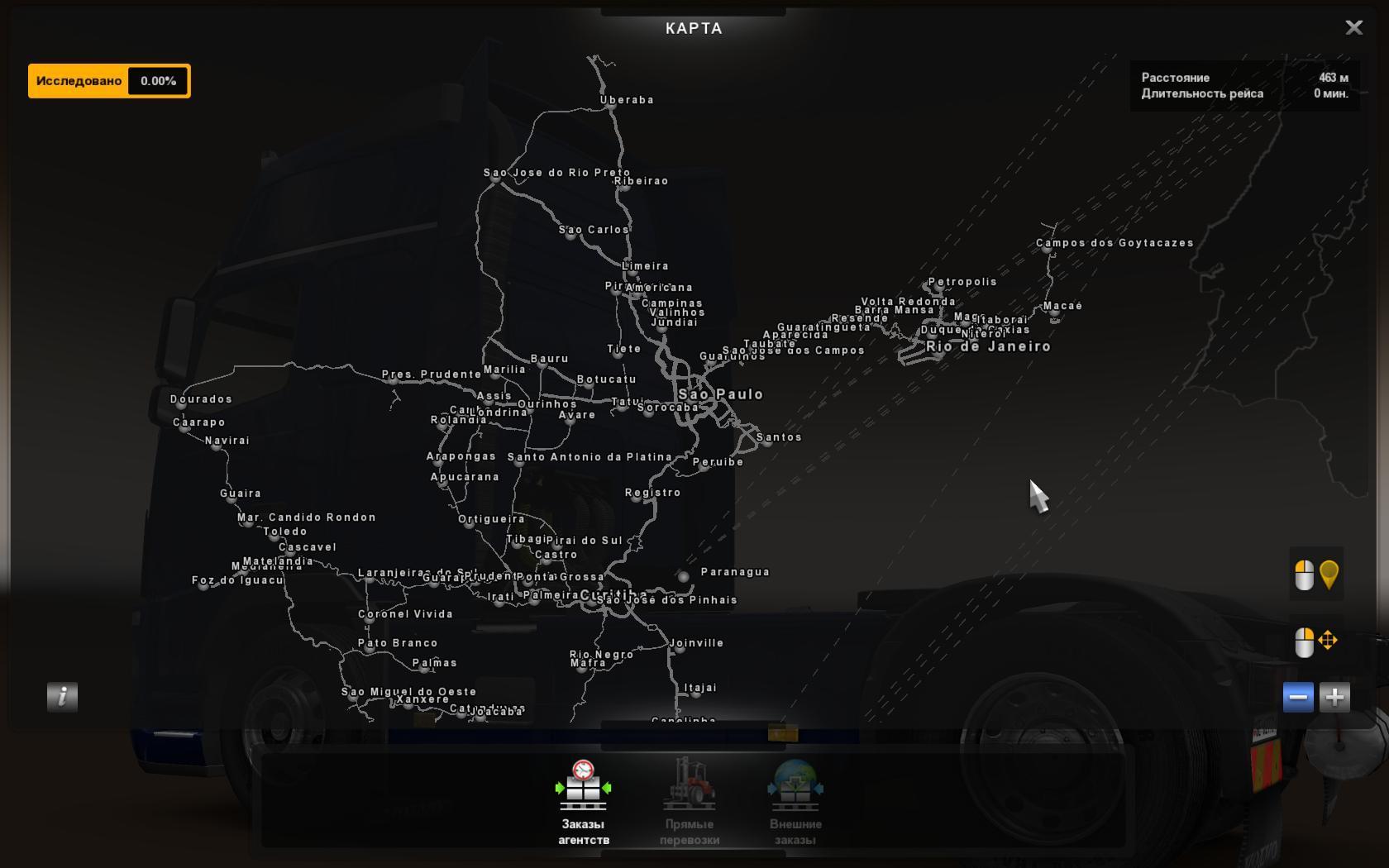 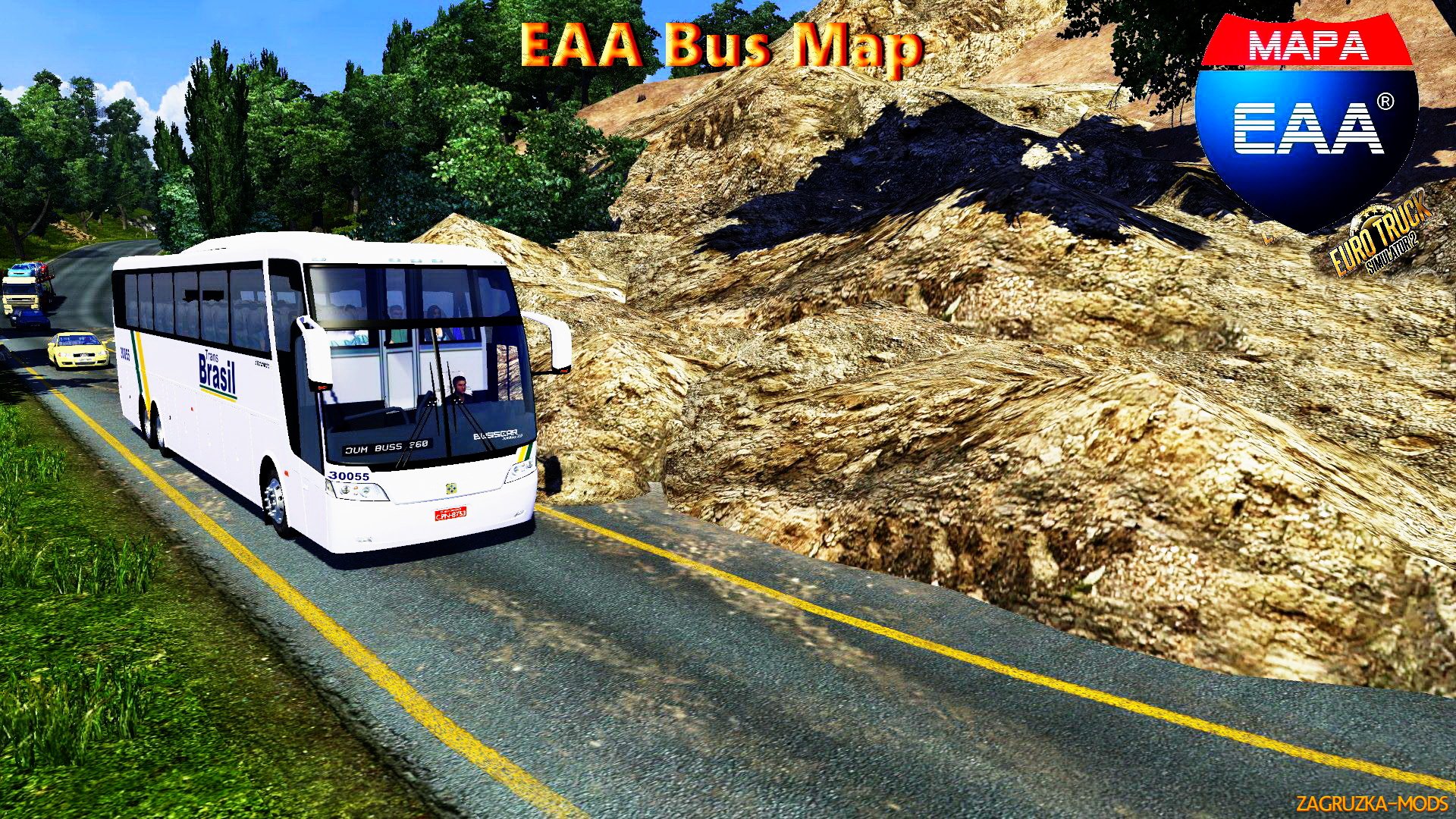