Category - ETS 2 trucks
Version game - 1.40.x
Credits: - Megaking, Carlos, Linux, Robson Santana, Erisson Borge
Last edited by: Zagruzka - 15-05-2021, 14:20
Reason: Mod Updated to v1.1
Report Material
Download mod Marcopolo Paradiso G6 1550 Scania + Interior v1.1 (1.40.x) for ETS2 | Euro Truck Simulator 2 game.
A great addition added to the game Euro Truck Simulator 2 is Mod Marcopolo Paradiso G6 1550 Scania for 1.40.x game version, which can be downloaded for free and without registration. You can also see other fashion from the category Trucks for Euro Truck Simulator or go to the main section ETS2 mods.
Marcopolo Paradiso G6 1550 - the modification will allow you to ride a high quality tourist bus model with all standards of the game in ETS2. The virtual trucker is given the opportunity to tint the glass, change the configuration of the headlights, modify the colors of the seats, choose the interior and seat passengers in the seats.
Features Marcopolo Paradiso G6 1550:
- independent bus model
- High quality 3D model
- High quality detailed exterior
- High quality detailed interior
- the model has own interior
- the model has own sound
- the model has own wheels
- passangers seats
- present the illumination of arrow speedometer and tachometer
- the character is correctly sitting in the driver's seat
- the choice of engine power
- the choice of transmission and gearbox
- the choice of wheels configuration
- choice of color body / metallic paint / skins
- correct position of the Scania logo
- Working headlights, brake lights, tail lights, front and rear turn signals, steering wheel and reverse signals;
- The correct position of the player
- There are external tuning
- Supports all major functions of the game
- buy in Mercedes dealer
Changes in v1.1:
- adapted to the latest game patch 1.40
Tested on game version 1.40.x 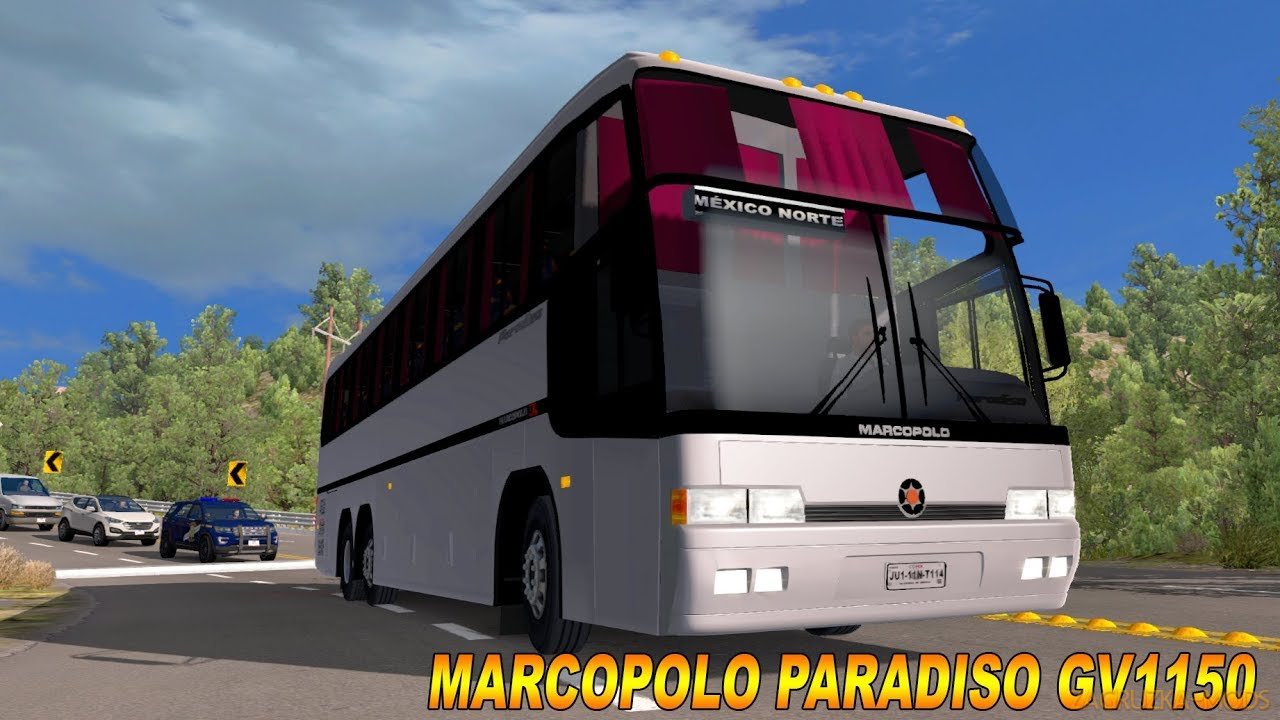 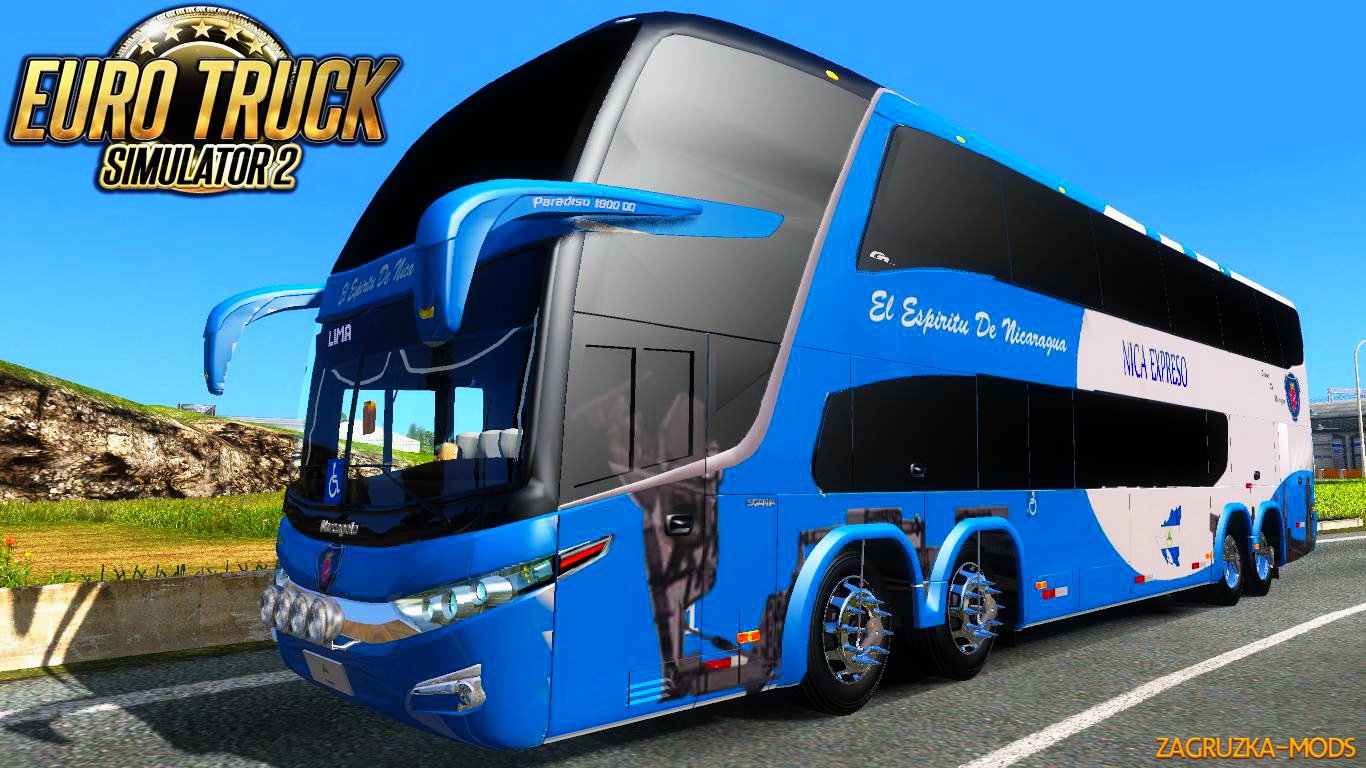 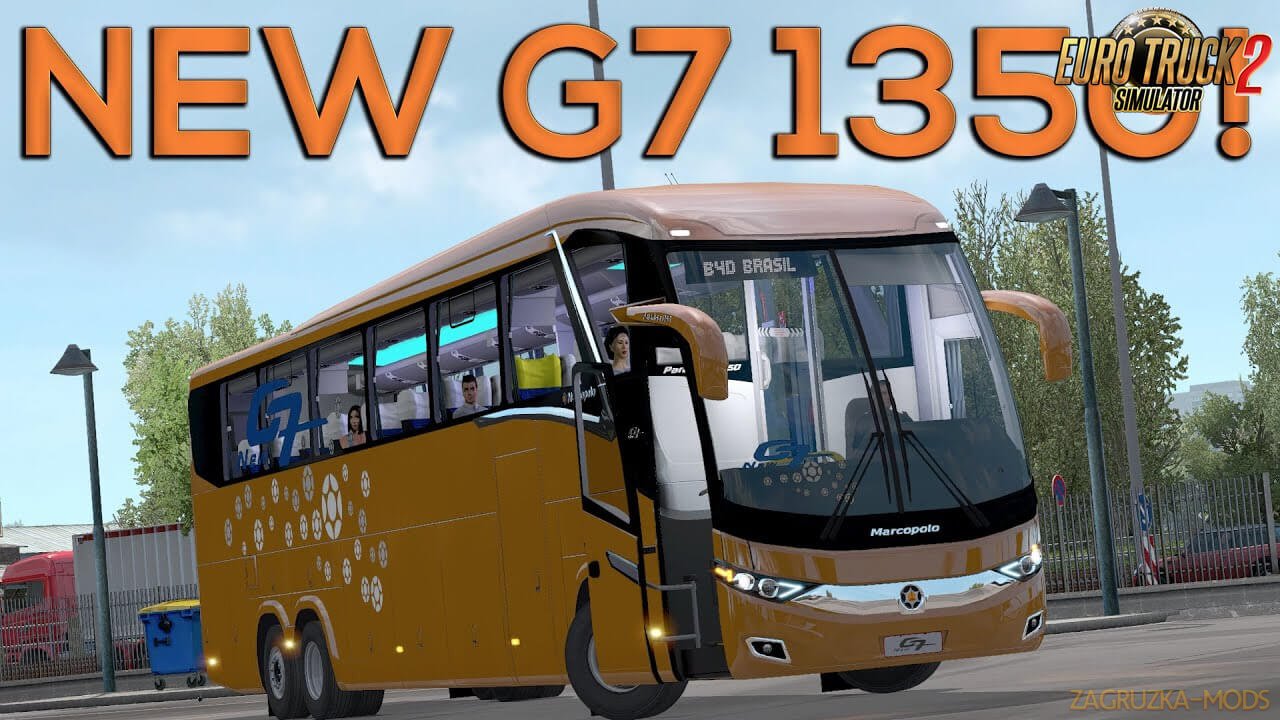