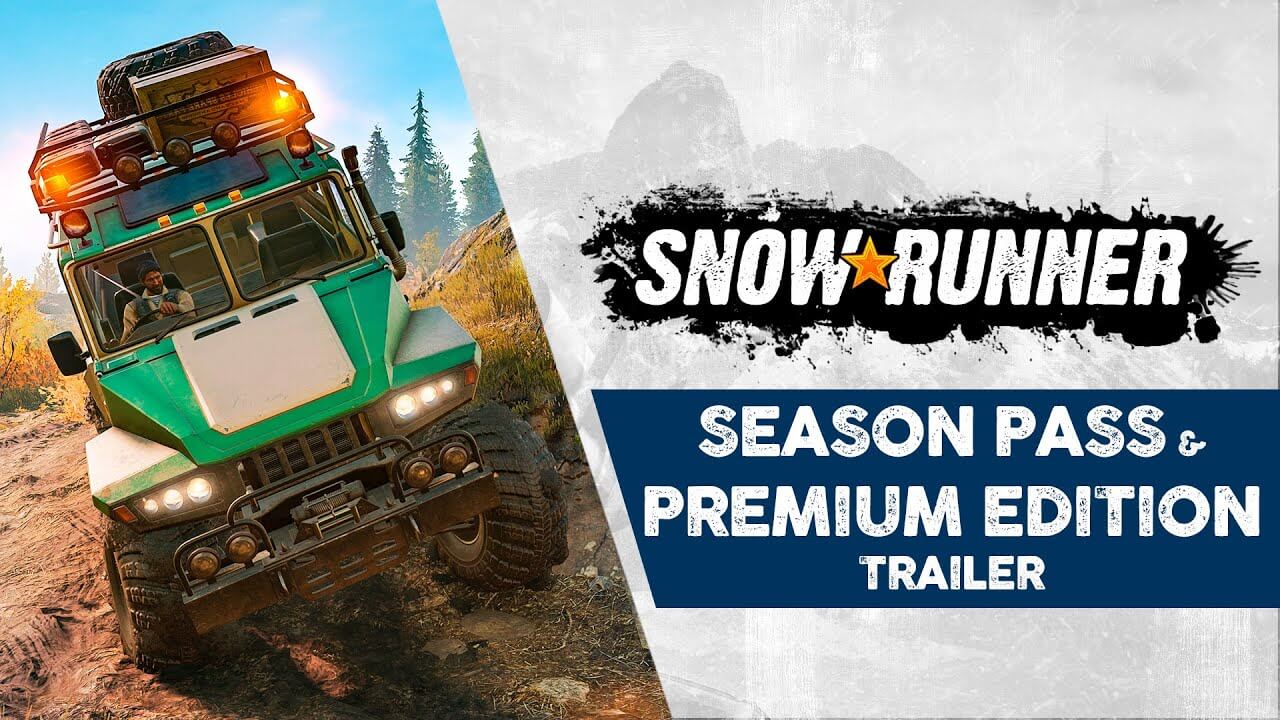 A new trailer from the developers, in which they talked about the seasonal subscription and the future of SnowRunner. They promise that the game will continue to develop and be updated after the official release. Seasonal subscription will add new cards, features, equipment, buildings and much more tasty. They also talked about the publication Premium Edition.
SnowRunner: Season Pass & Premium Edition Trailer shows off truckloads of post-launch content! SnowRunner will continue to grow after launch SnowRunner, Saber Interactive and Focus Home Interactive’s next generation off-roading experience, rolls out April 28 on PlayStation 4, Xbox One, and PC. Expanding and improving upon every aspect of the original MudRunner game, the off-roading giant will continue to grow after launch through its massive Season Pass, which adds new maps, features, vehicles, mission types, and more. Watch the Season Pass & Premium Edition Trailer to get a complete overview of what Season Pass and Premium Edition owners can look forward to.
Four phases of content
The Season Pass content will be delivered in four phases, each with its own theme and new region: Search and Recover; Explore and Expand; Locate and Deliver; with a massive Expansion as the fourth phase. With each step, players will receive brand new vehicles and be able to explore vast new regions, including the great white north of Canada, a beautiful new location for the franchise. New regions set in Russia and Wisconsin will also arrive for players to explore alone or with friends. Even those without the Season Pass will receive new content for free, including new activities, more extreme cargo, skins, trials, and more.
New ways to play
The post-launch plan for SnowRunner goes beyond adding more maps, vehicles, and content. Modding support will continue to be refined and expanded, and new types of missions and activities will take players on new kinds of off-roading adventures, such as the hunt for the lost wreckage of a World War II bomber. Stay tuned, as SnowRunner will continue to improve with new and wild locations, iconic vehicles and brands, and exciting adventures. SnowRunner launches April 28 on PlayStation 4, Xbox One, and PC via the Epic Games Store. The Season Pass is available as part of the Premium Edition, featuring new vehicles, maps, activities, and much more over several phases in the months following release. Pre-orders and their exclusive bonuses are available via the official store.
SnowRunner Season Pass Premium Edition Trailer
thumb_up0thumb_down