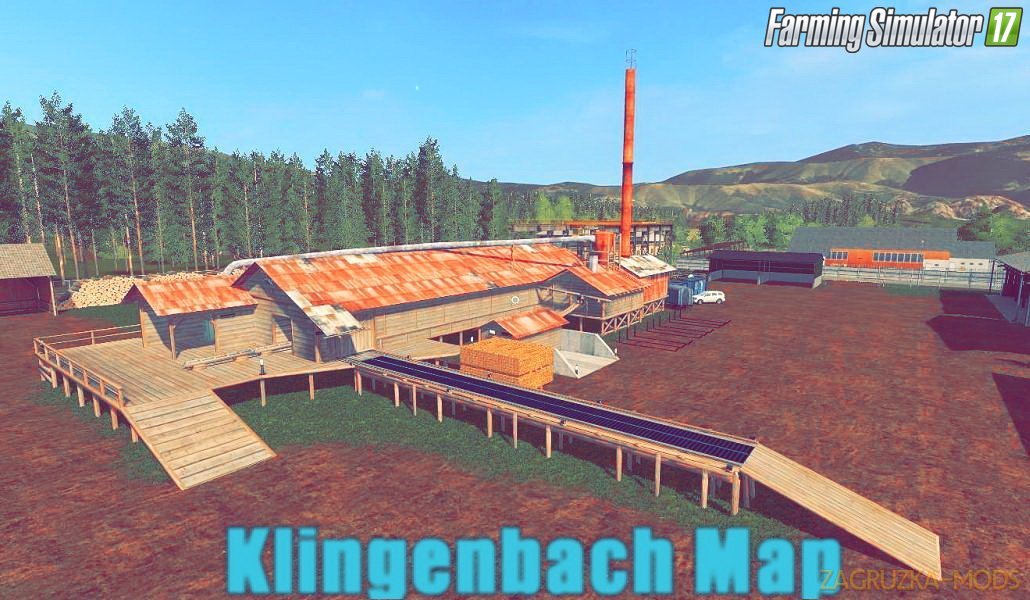 Klingenbach Map v1.5 (Seasons Ready) for FS 17 | Farming Simulator 2017 game.
A great addition added to the game Farming Simulator 17 is Klingenbach Map for v1.5.x game version, which can be downloaded for free and without registration. You can also see other fashion from the category Maps for Farming Simulator 17 or go to the main section FS 17 games.
Changes in v1.5:
Water trough addon installed in the animals
Grazing Animals Script !! Mod not required because firmly installed !!
Liquid fertilizer sale at the greenhouses
Pig feed mixer completely rebuilt
large hall for earth fruits
BGA gates animated with original script (no AnimationMapTrigger anymore)
Conversion compound on TipTrigger rebuilt (2 versions of the map no longer necessary)
buyable external warehouse and contractor
Erdfrüchte can now be stored in the outdoor warehouse
Changelog v1.4:
Ground straightened under the mountain hall at the yard (thanks to Oimel, there the shoveling did not work properly)
Field 5,16 u. 20 bumps eliminated
Bakery - 2 more Schüttgoschen installed to unload all fruit individually (problem with the triggers)
Bakery - roofing of Schüttgoschen and pallet dispensing
Bakery - 3 additional pallet spawn points created at the bread issue
PDA overview again standard (points of sale are displayed normally again)
Zuckerfabrik Palettenspawner fixed
Meat production garbage bags removed on pallet spreader (did not produce)
Tipcollis installed in the yard and at the sawmill in the halls
Fixed pallet spurs on the sheep
old shed at the yard, adapted terrain and installed TipColli
StopMilkSale-Script removes there unnecessarily ---> an entry in the UserAttributes is enough to stop the milk sales
Trees and shrubs between fields removed (F13 & F14, F3, F4, F5)
own collisions created for the shelters at the yard and at the BGA (Hall raises errors in the log when Ridge Body is created)
Collis set in the fences everywhere on the map
Fixed barriers at the entrances (partially moved when saving the map)
Sewage plant liquid fertilizer production backscrewed and compost slightly increased
Palettenspawner of all productions realigned (finished pallets are always gespawnt front for better removal)
Fence in residential building in the old town translated (street was very narrow in the curve)
Floor straightened under the cowshed (shoveling in the dirt area only worked partially)
SnowMask adapted for Seasons again
Wooden pallets sale price increased
Eggs spawn points fixed (too far back and hard to reach)
Milchfülltrigger in the cows fixed (hose was not exactly at the connection)
Features map:
1 large farm with farm silosystem (no standard silo at the farm)
1 Lohnunternehmerhof buyable
1 outer store available (standard silo)
3 large sales stations (agricultural trade, grain mill, grain trade)
3 smaller sales stations
1 big BGA with 4 wedge silos
many economic cycles
2 villages
1 sawmill
4 species of animals (cows, pigs, sheep, chickens)
Standard Fruit
plus rye, spelled and oats
3 large and 4 smaller realistic designed forest areas
31 fields and 8 meadows
!NEW! Dealer space enlarged to the rear, large vehicles and equipment are spawned behind
!NEW! Position of the plants refined (wheat, barley, rape, ....) are more in rank and file
!NEW! Maistextur exchanged and plants also realigned
!NEW! Field paths at the entrance to the farm from field 1 & 2 and removed replaced by asphalted roads (better solution in the long term, I think)
!NEW! Farm silo system installed in the large hall at the farm (storage for all crops, plus lime, compost and pig feed)
!NEW! Grain storage hall at the yard removed and Durchfahrhalle installed with adjoining feed mixing hall
!NEW! Libra moved backwards and replaced with the visually beautiful model
!NEW! Traunsteinersilos removed and replaced with 1 outdoor silo
!NEW! Shed replaced at the yard opposite the hall for another model
!NEW! Own feed mixing hall with the heap system created by Giants (gabs so never in this way on a map)
!NEW! Straw, grass and silage can be bought at the land trade (description on sign has been adjusted)
!!!IMPORTANT!!!:
Unfortunately, due to time constraints, I did not manage to adapt the compound food hall for the Seasons Mod,
because I have not found any suitable fillplanes for the hall that look good ...
As an interim solution, I have made grass, straw and silage purchasable as a bulk material at the land trade,
So the Seasons players can start a savegame because of the changes
later do not require a new savegame
Unfortunately, I have not received an answer because of the server error, so this was not fixed ...
I'll look back there again ...
Tested on game version 1.5.x
Screenshots Mod 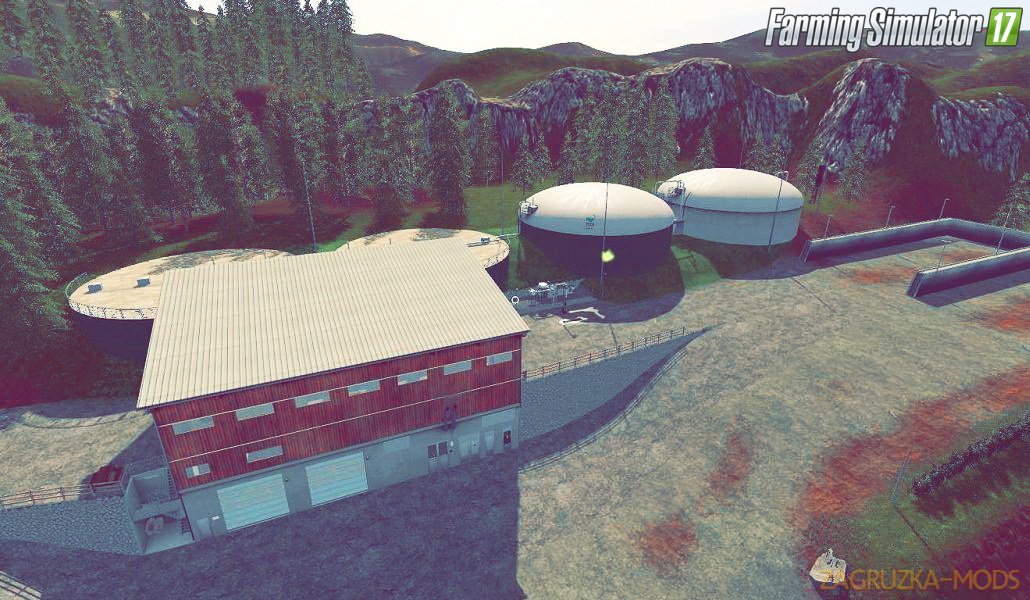 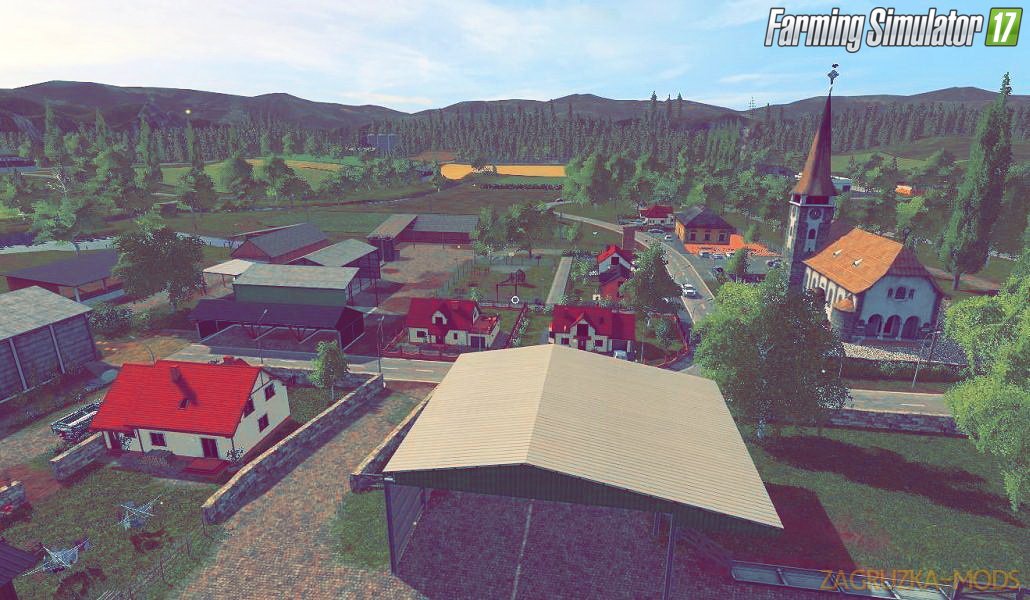 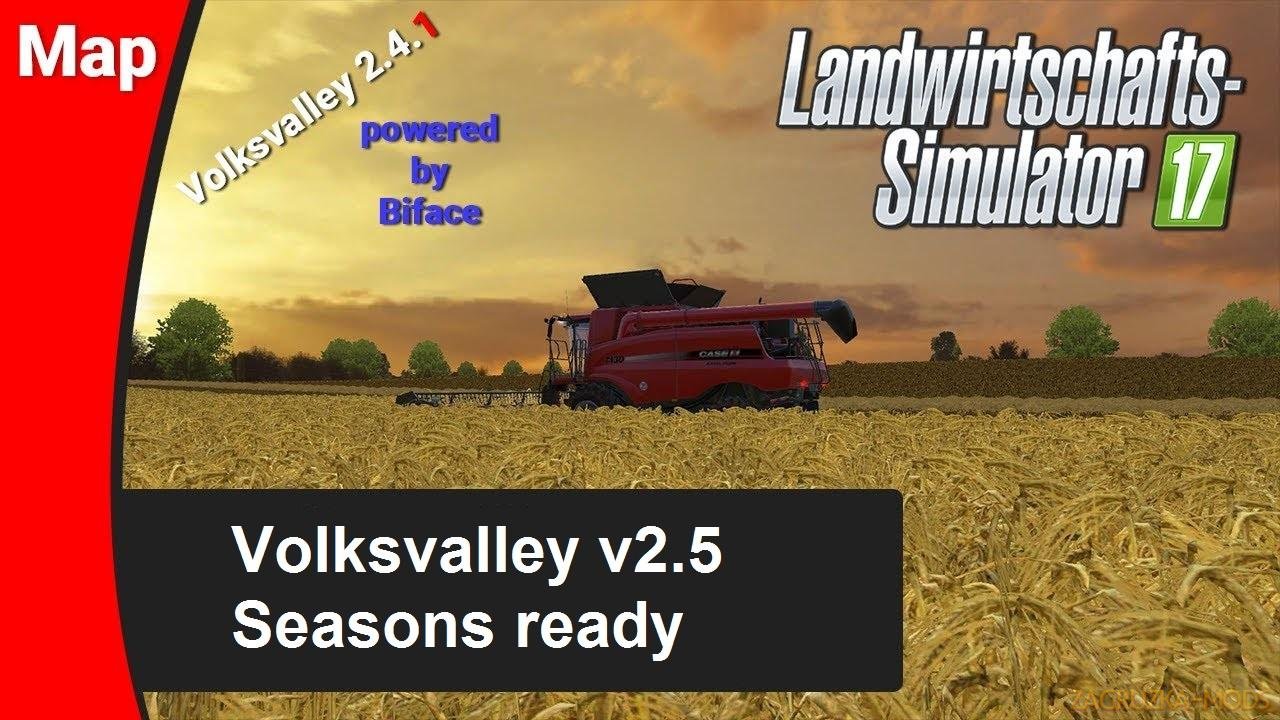 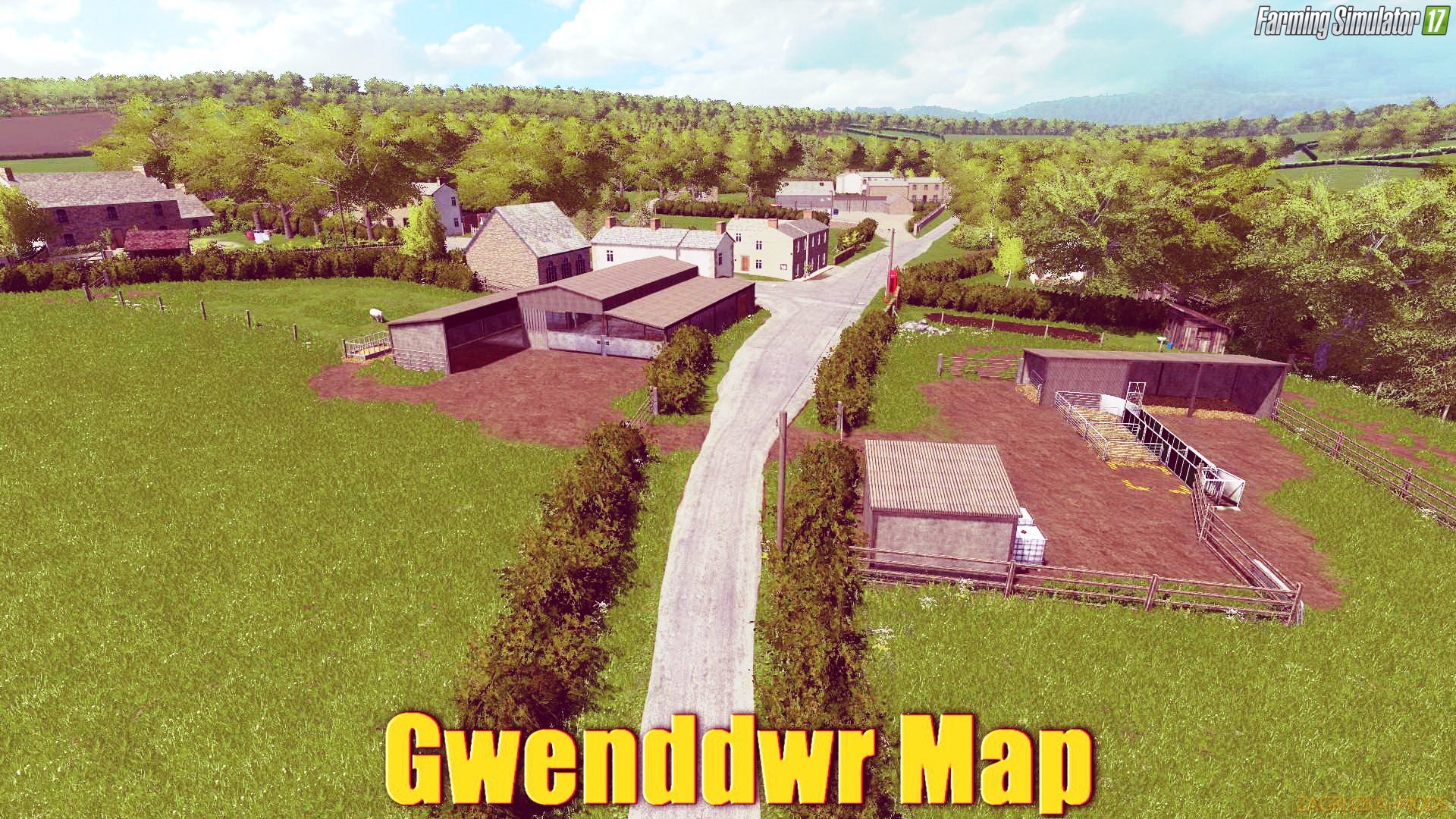 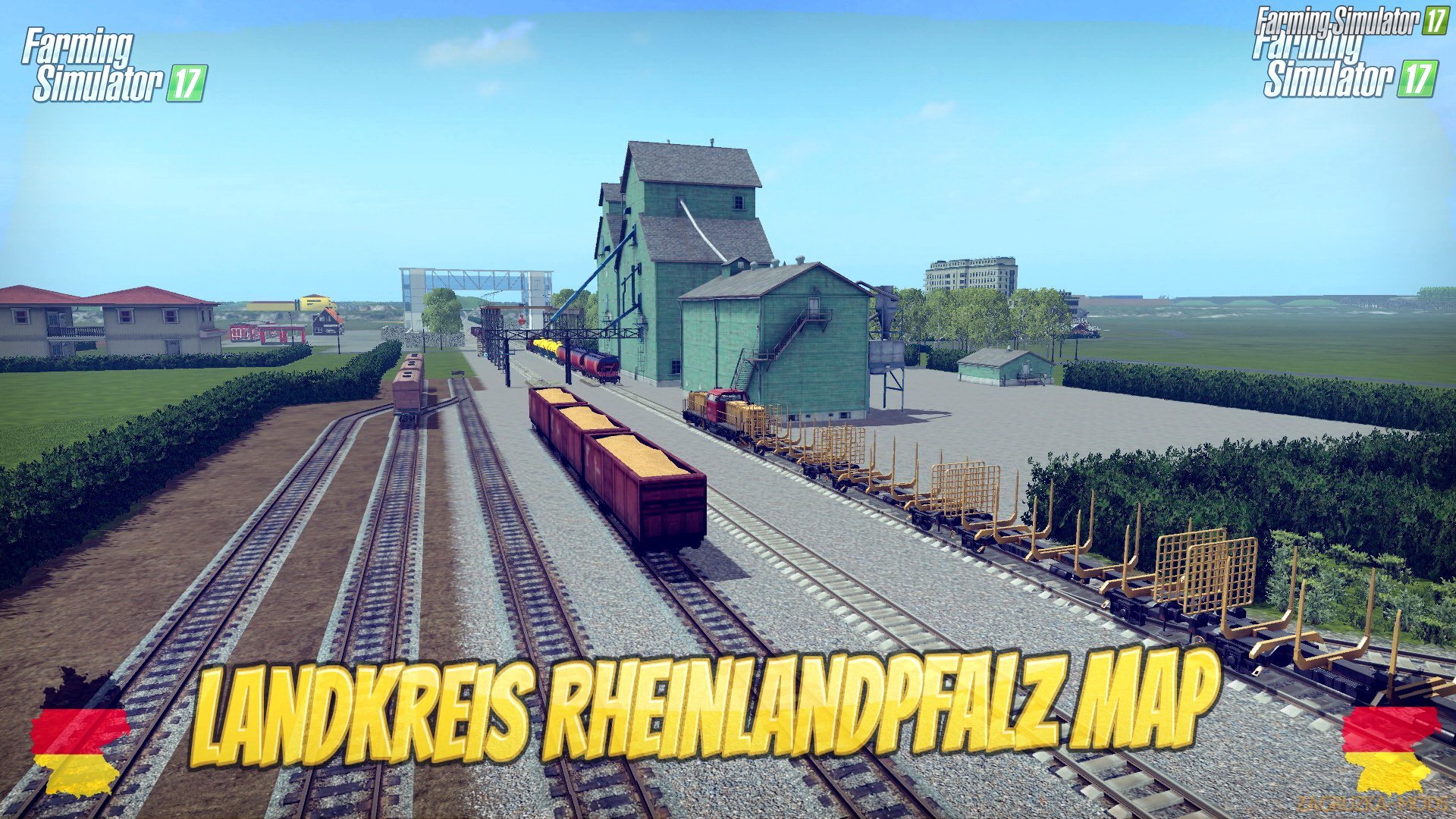 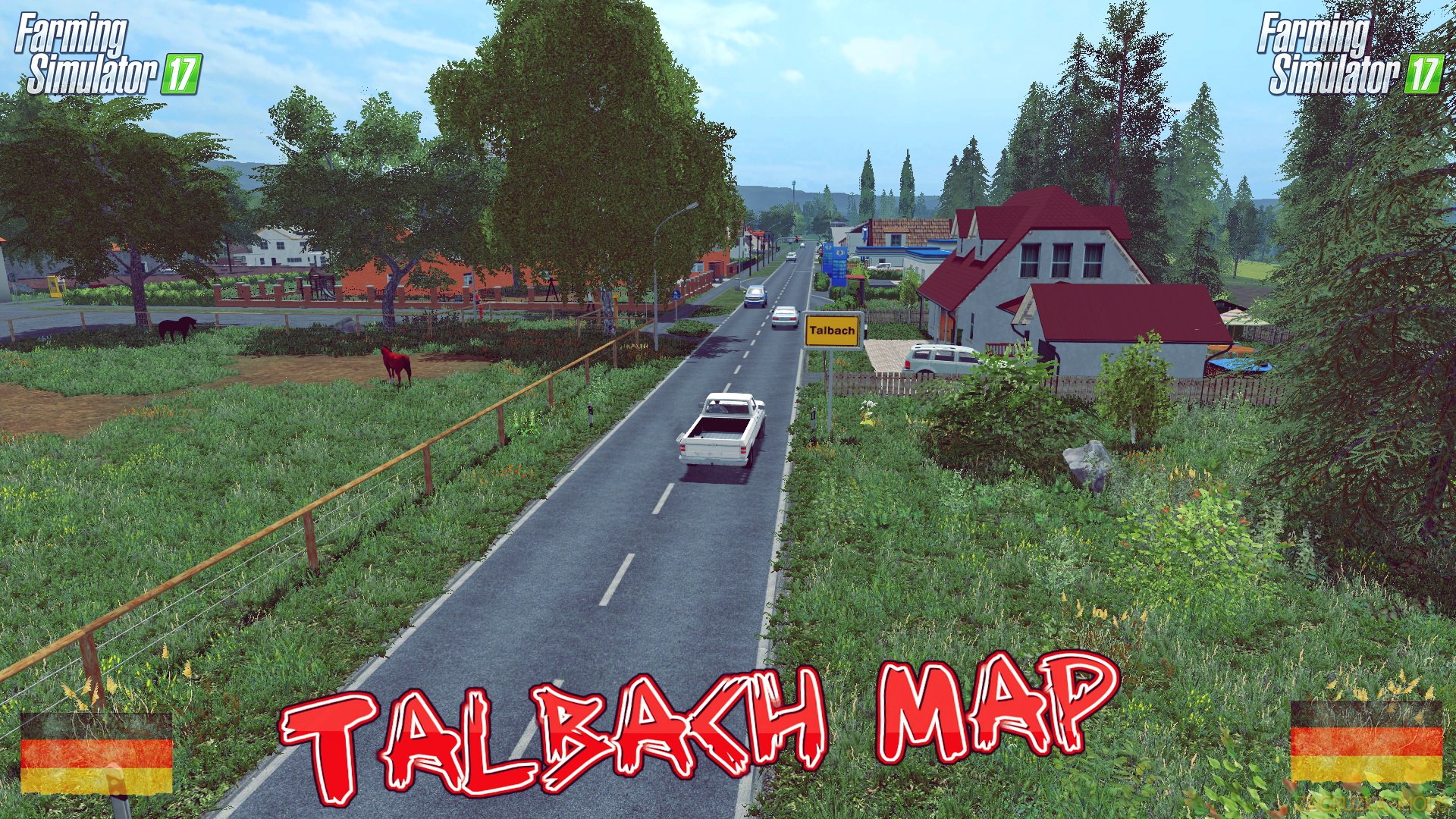