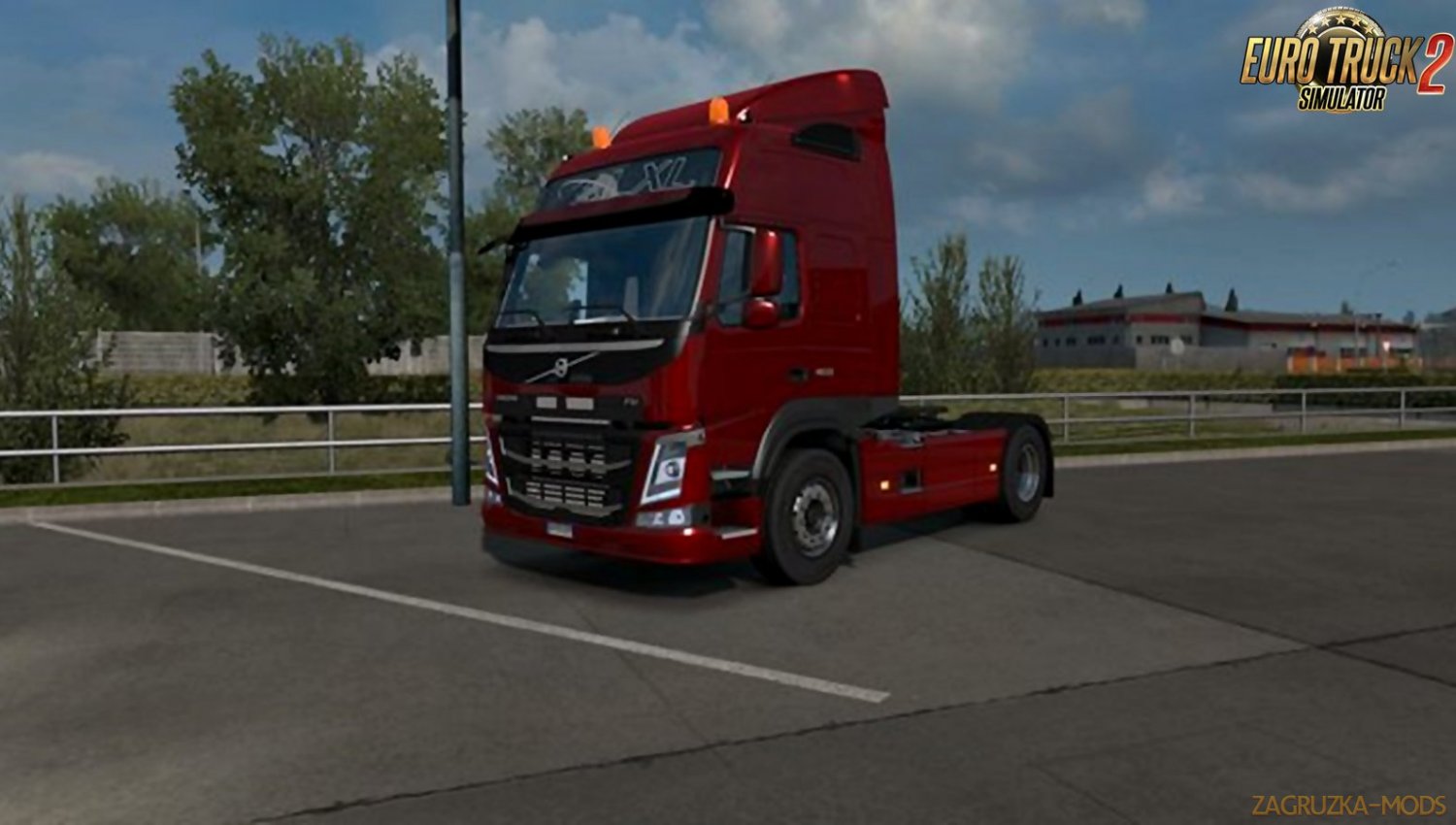 Volvo FM fix v1.4 by galimim for Ets2 1.34.x game version
Here is a Volvo FM Euro 6 originally by jekich1 & Stas556 3.2
The model is quite heavy on the hardware! I have reduced the amount of vertixes for 1/3 but it is still
not for those on the lower end of PC specs
Unfortunately, I couldn't find any Euro 6 FM with a proper interior, so I have changed it
so it uses the FH 2012 instead of FH 2009 like it was originally. If there are any modelers
that would be willing to make it (I just need models, the rest I can do myself), send me a PM.
Change Log from original mod:
Changed models to volvo_fm
Changed def files to volvo.fm
Added support for trailer cables
Added support for advanced coupling
Added correct engines and gearboxes
Added badges for each engine
Cleanup of model
Cleanup of textures
Separated spoiler from the cabin
Changed Interior to FH 2012
Added and corrected flares
Added Day cab
Added Interior for Day cab
Added Sleeper cab
Added Interior for Sleeper cab
Separated front fenders
Added painted fenders
Added icons for major parts
The mod also will include some tuning but it will all be reused FH 2012 stuff, so fitment position might not be 100% accurate.
The mod includes:
- 3 Cabs
- 4x2 chassis
- 4x2 low deck chassis
- 6x2 chassis
- 6x4/4 midlift chassis
- 6x2 tag chassis
- 6x4 chassis
New version 1.4:
- Separated rear mudflaps
- Added a shorter (low deck) version of the mudflaps
- Replaced older style of rear lights for more correct version thanks to Schumi
- Bug fixes
- Added I-Shift dual clutch badge
Version 1.3:
- Separated front bumper
- Added plastic variant of the front bumper
- Added plastic variant of the main mirrors
- Added side markers for version without aerodinamic sideskirts
- Separated AdBlue tank to accessories
- Separated rear lights
- Added older style of rear lights
- Added support for Toys DLC
Version 1.2:
Added support for Signs on your Truck by tobrago
Added 6x2/4 chassis
Added Low deck chassis thanks to Sogard3
Separated front grill
Added painted variant of the front grill
Separated window frame
Added painted varian of the window frame
Version 1.1:
- Fixed UK interior mirror
- Fixed different paint shade on mirror and sunshield
- Fixed headlight glass tint
- Changed licence plate locator names
- Changed intensity of all painted parts
- Fixed wipers
Version 1.0:
- Original mod
Signs on your Truck compatibility addon, make sure it
loads after the main FM mod and Signs on your Truck mod:
Download: Volvo FM addon
The templates are included in the mod as a .psd, .jpg and .png files.
Please report any bugs and any other mods you wish to use this mod with, and I will try to make it happen
Thanks to Vabis22 for providing me with multiple versions of FM mods that I could use to put this together.
Respect the work and don't reupload without permission!
Screenshots Mod 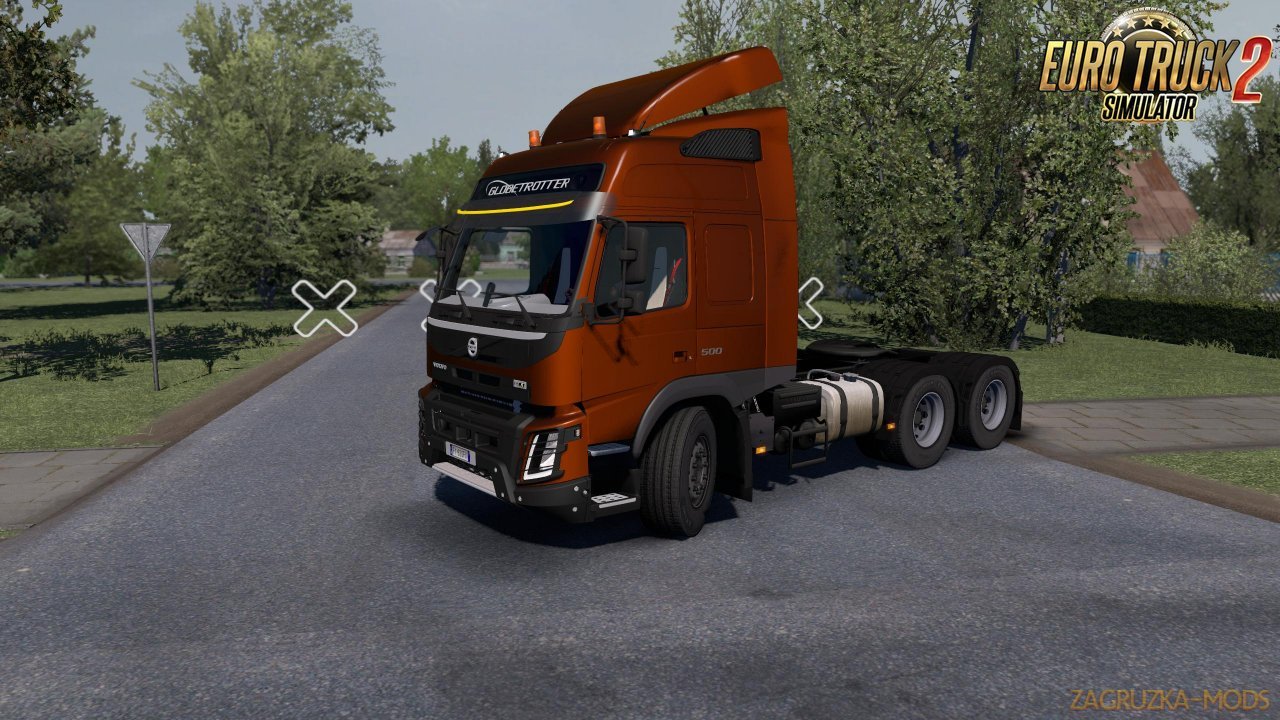