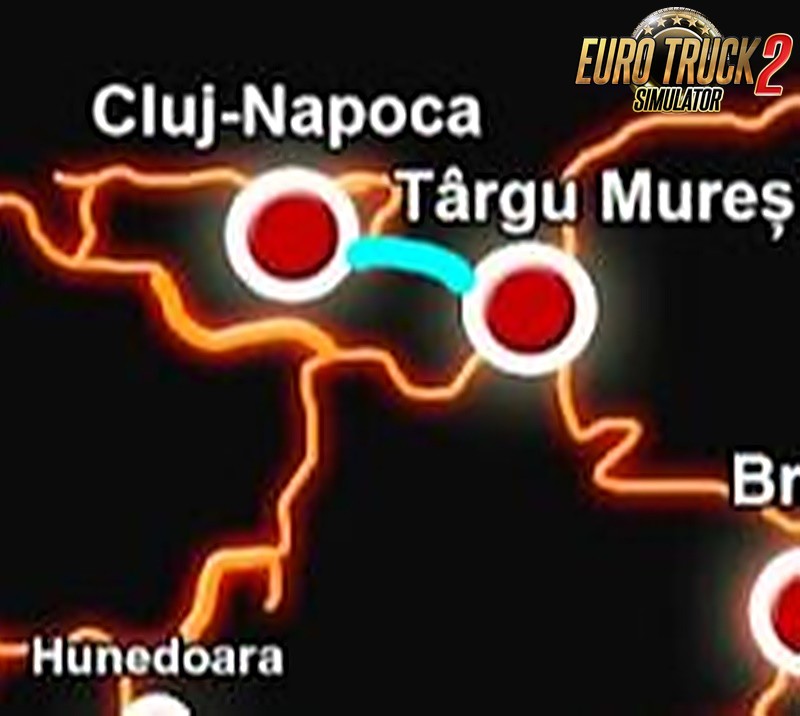 Version Game - 1.36.x
Credits: - gmtavares
Cluj-Napoca and Târgu Mureș Road Connection [1.36.x] for ETS2 | Euro Truck Simulator 2 game.
This mod adds a connection between Cluj-Napoca and Târgu Mureș.
It's not necessarily a realistic one, but it's acceptable.
It was just something I felt was missing in the DLC, and made you do a big detour constantly.
This is the product of 5 minutes of map editing, so the quality is not the best, but it's just enough for what it is.
Warning: You need the RttBS DLC to play this map!
Changelog v0.1:
- Release
DO NOT REUPLOAD! Editing for personal usage is permitted.
Screenshots Mod