Version Game - 1.36.x
Credits: - SCS Software, Softlab-NSK (Rig 'n' Roll), TruckerKid, POWE®FULL™
Download mod Improved Train Sounds v3.3 (1.36.x) for ATS | American Truck Simulator game.
A great addition added to the game American Truck Simulator is Mod Improved Train Sounds for 1.36.x game version, which can be downloaded for free and without registration. You can also see other fashion from the category Other mods for American Truck Simulator or go to the main section ATS mods.
This Mod adding a More realistic American Trains by PIVA, AlexeyP.
In combine With improved Train Sounds by TruckerKid and Drive Safely.
+ my Exclusive content.
For some locomotives and rail cars add skins with logos of real companies.
Now all freight trains are drived by more locomotives, from 2 to 5 coupled head DMUs and some additional in the mid and the end of the trains.
The length of trains has been changed, passenger: 4-10 cars. freight: 20-60 cars, depending on the number of sections and type of locomotives.
The max speed of freight trains: 80 KM/h. Passengers: 150 KM/h. (NOT MILES!)
Added sounds for trains from the Sound Fixes Pack and Improved Train Sounds
All passenger trains added a reverse section locomotive.
increased stopping distance for the all trains. 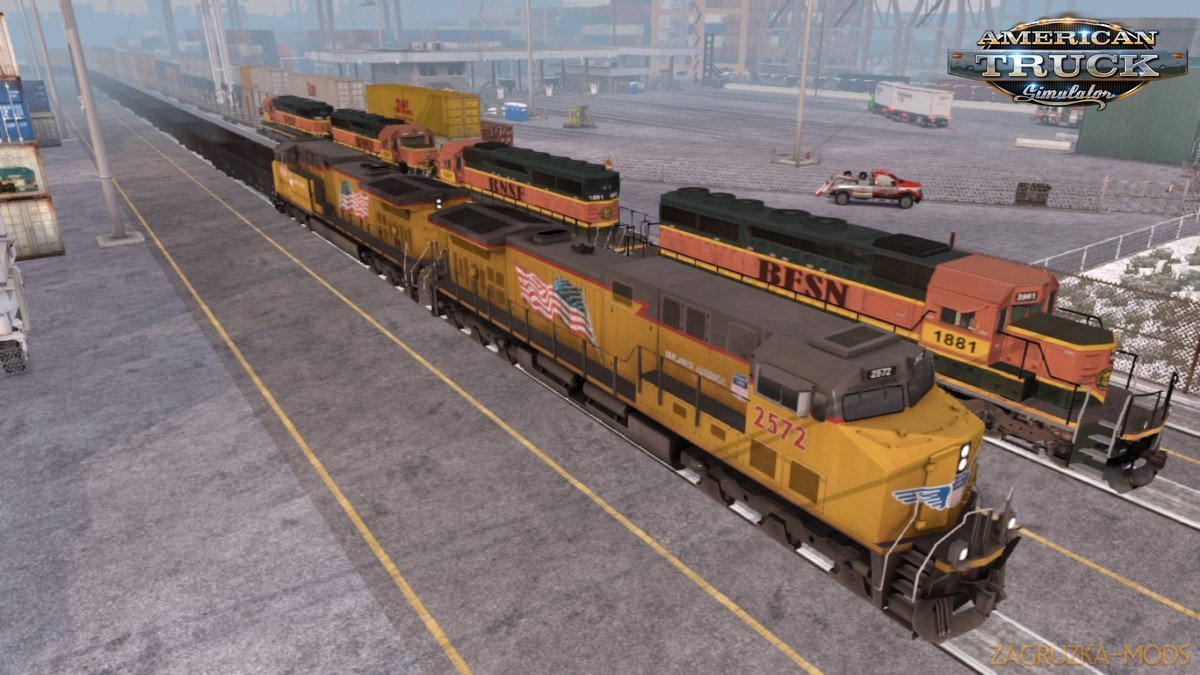 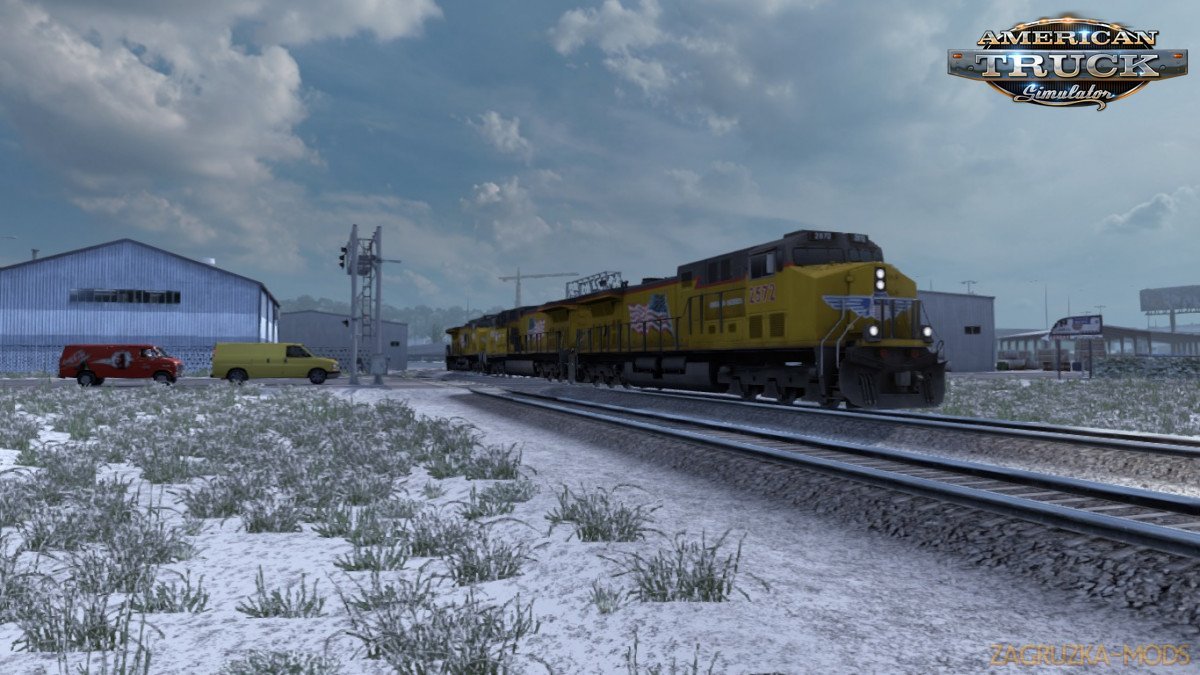