Category - ETS 2 trucks
Version game - 1.39.x
Credits: - Koral, _69_mf_, cepkoc, funyash
Last edited by: admin - 6-02-2021, 20:23
Reason: Mod Updated to v1.39.x
Report Material
Download mod KrAZ 255-260 Truck + Interior v1.0 (1.39.x) for ETS2 | Euro Truck Simulator 2 game.
A great addition added to the game Euro Truck Simulator 2 is Mod KrAZ 255-260 Truck + Interior for 1.39.x game version, which can be downloaded for free and without registration. You can also see other fashion from the category Trucks for Euro Truck Simulator or go to the main section ETS2 mods.
KrAZ 255-260 - this mod adds a high quality russian Off-Road truck model in 2 variants for ETS2 players. One of the options allows you to transport tandem trailers. For this, such cargoes for the chassis were prescribed as a booth with a Magnet skin, of which a lot travels around the country, as well as a fuel tank. Additional trailers are registered for the Severe Russia map, for which the truck was originally created. Trucks KrAZ 255 - 260 have original interiors of salons, a small but their own tuning set, and also have their own wheels, and not only standard tires from ETS2. Also, tractors will delight with their own sound of engine operation. The cars are characterized by a stable ride at any speed, in any conditions.
Features KrAZ 255-260:
- independent truck model
- High quality 3D model
- High quality detailed exterior
- High quality detailed interior
- passanger seat
- the model has own interior
- the model has own sound
- the model has own wheels
- present the illumination of arrow speedometer and tachometer
- the character is correctly sitting in the driver's seat
- the choice of engine power
- the choice of transmission and gearbox
- the choice of wheels configuration
- the choice of chassis (6х6 + BDF Tandem)
- choice of color body / metallic paint
- correct position of the KrAZ logo
- Working headlights, brake lights, tail lights, front and rear turn signals, steering wheel and reverse signals;
- tuning accesories present
- The correct position of the player;
- Cabin Accessories support;
- FMod sound support;
- Cables Trailer support;
- Supports all major functions of the game
- buy from Acces Mod dealer
Tested on game version 1.39.x 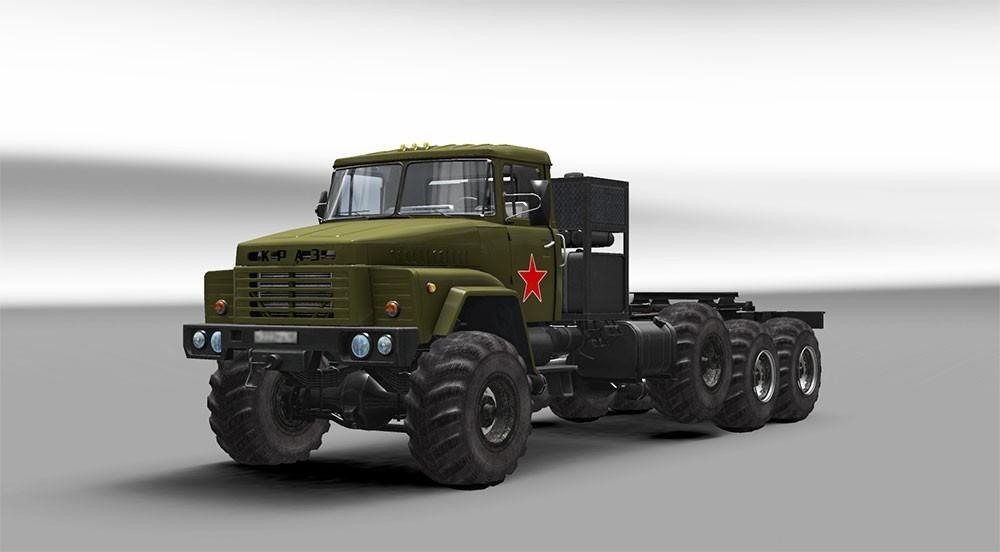 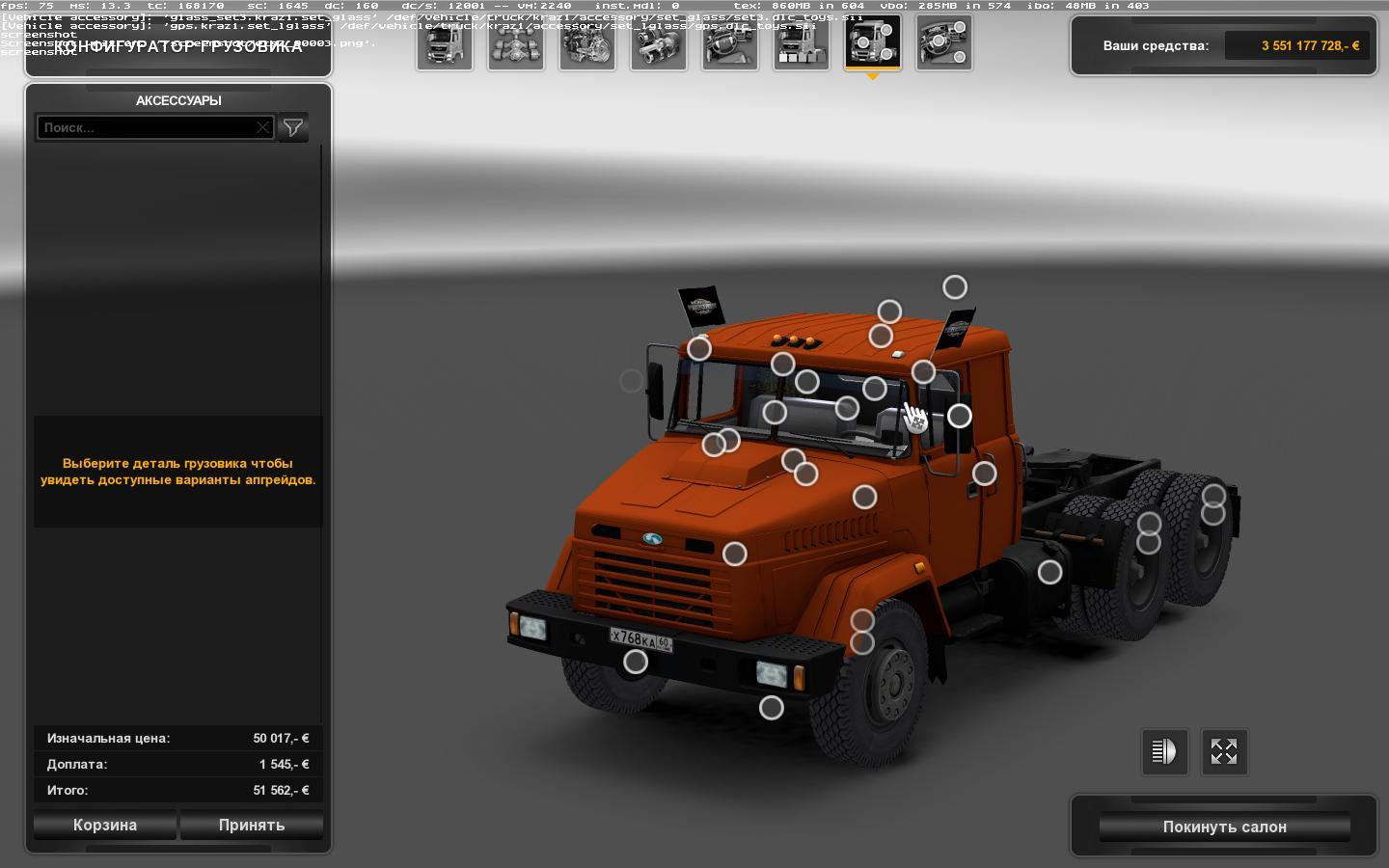