Version Game - v.1180.1
Credits: - danistheman262
Download ATM Robberies Mod v0.3.2 for GTA 5 | Grand Theft Auto V game.
ATM Robberies - allows you to rob 64 different ATMs across San Andreas State. ATMS are marked on the map by small blue dollar signs in a box. Once you are at an ATM stand close to the blue circle infront of it then click F or (Y on Xbox Controller, Triangle for Playstation) and you will begin to rob it. This mod is similar to what is in FelixTheBlackCat's ATM Robberies & Bank Heists mod but it is updated with many new features aswell (many more planned to come).

CONFIGURATION:
the .ini file allows you to configure the mod to how you would like.
THINGS YOU CAN CHANGE
- MinCash = the minimum amount of money you will recieve after a robbery
- MaxCash = the maximum amount of money you will recieve after a robbery, the game will choose a random value inbetween MinCash and MaxCash
- WantedLevel = what wanted level you will recieve after robbing an ATM
- ShowBlips = ATM blips will be enabled if this is set to True. if it is set to False blips will be disabled
OnlyShowNearBlips = will only show blips nearby to you if set to True .
ShowMarkers = will only show blue circle markers in front of ATMs if set to True.
- debug options = ignore these, these are mainly for me to develop the mod but if you set debugmode to true it will show your coordinates at the top of the screen, i kept this in because some people might want it.(Z coord is at your feet not torso like most coord mods)
INSTALLATION:
Put AtmRobberies.dll and AtmRobberies.ini into your scripts folder.
If you do not have a scripts folder, read the requirements!

0.3 - added camera angle when robbing.
- circular markers now only appear when you near the atm. (before it had all of them loaded at once)
- new option in .ini for blips to only show when you are nearby the atm(default off)

0.3.1 - Added option in .ini file to disable blue markers.
- .ini has had some changes, new subheadings for blips and markers.
- Added 5 new ATMs in the city. 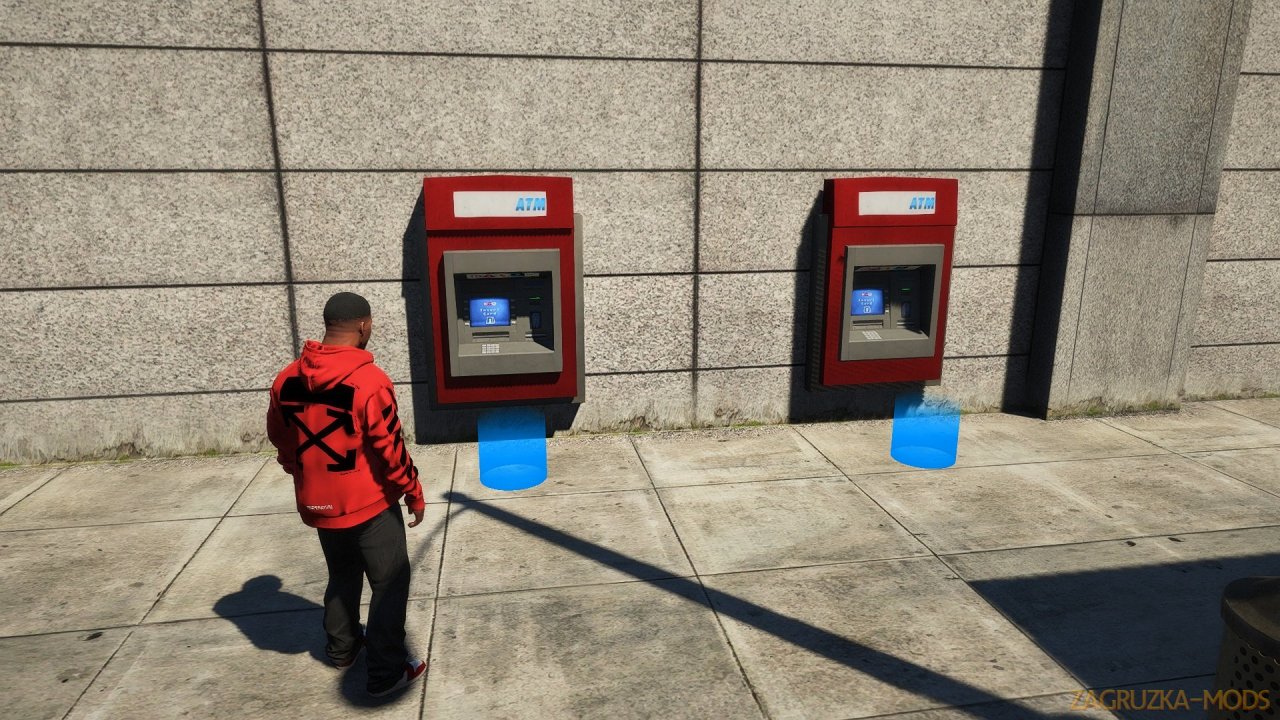