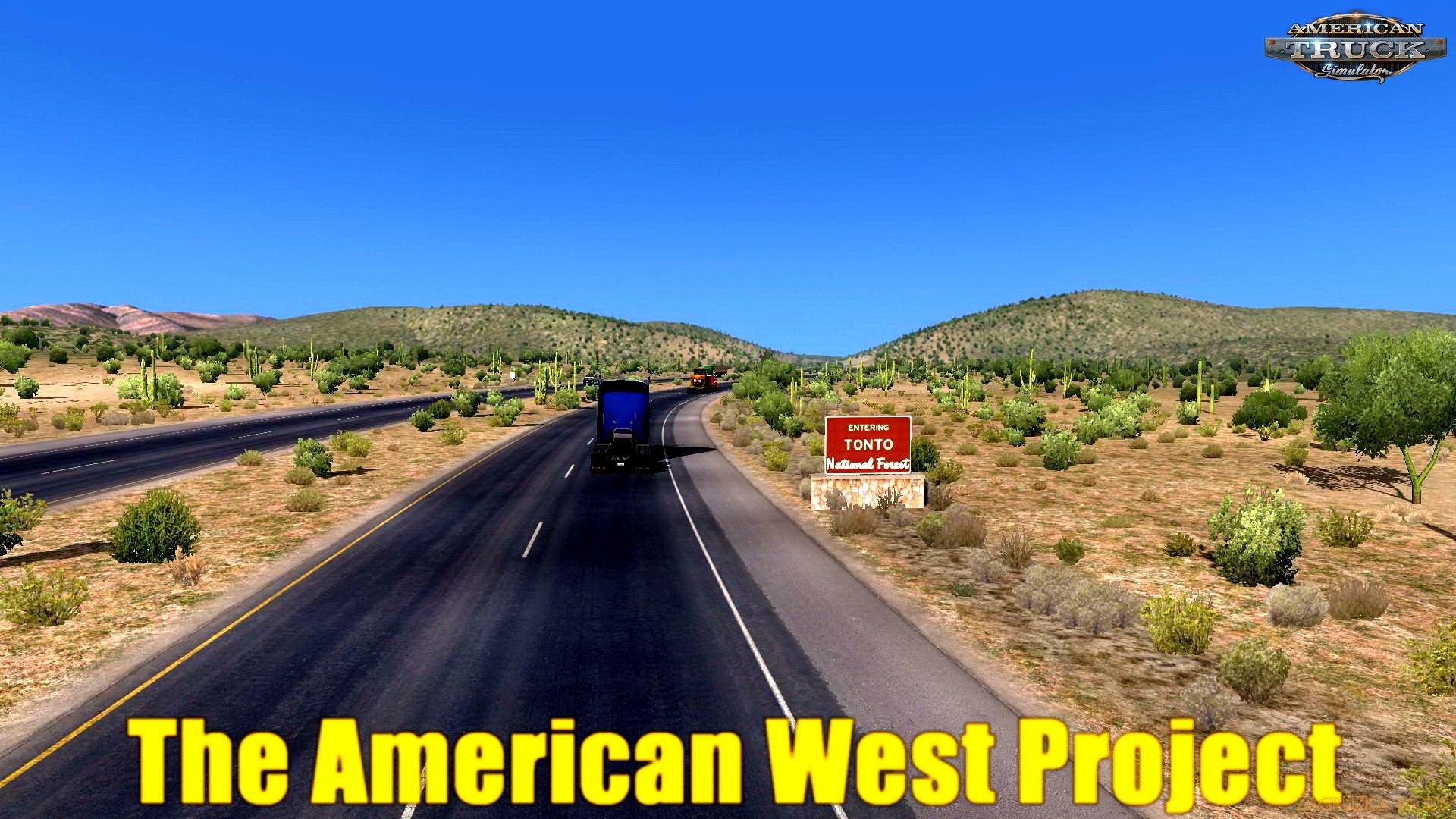 Category - ATS Maps
Version game - 1.30.x
Credits: - Dybr
Report Material
The American West Project v1.0 by Dybr (1.30.x) for American Truck Simulator game.
A great addition added to the game American Truck Simulator is The American West Project by Dybr for 1.30.x game version, which can be downloaded for free and without registration. You can also see other maps from the category Maps for American Truck Simulator or go to the main section ATS mods.
The American West Project aims to make the West feel more authentic by revamping scenery and adding in details. For example, the region is famous for its outdoors and stunning recreation areas. Added national forest boundary signs, summit/continental divide elevation signs, and Native American reservation boundary signs (based off their real-life counterparts) help reflect this. Scenery in some areas is also changed, mostly by swapping the generic and unathentic default pine trees to the more natural ponderosa pines from the New Mexico DLC. The result is a West that feels more like the West.
This is my very first mod, but I think it came out pretty well. I'm currently working on adding more custom recreation signs for campgrounds and national forests.
Changes in v1.0
- Initial release
- Changes the pines in Flagstaff and Show Low (Show Low is not complete) to the more realistic ponderosa pines.
- Adds national forest boundary signs for Cocinino, Prescott, Tonto, Kaibab, Angeles, and Sitgreaves national forests.
- Changes the Verde River vegetation at the I-17 bridge to be more realistic and verdant.
- Revamps a section of I-580 south of Reno to make the Sierras larger and greener, while adding sagebrush along the highway (Local opinion needed).
- Adds pines to the mountains along Donner Pass, making them look a little more realistic and pretty.
- Adds summit elevation markers along interstate highways.
- Adds continental divide markers along New Mexico highways that cross it.
- Adds reservation markers along the highway from Globe to Show Low
Tested on game version 1.30.x 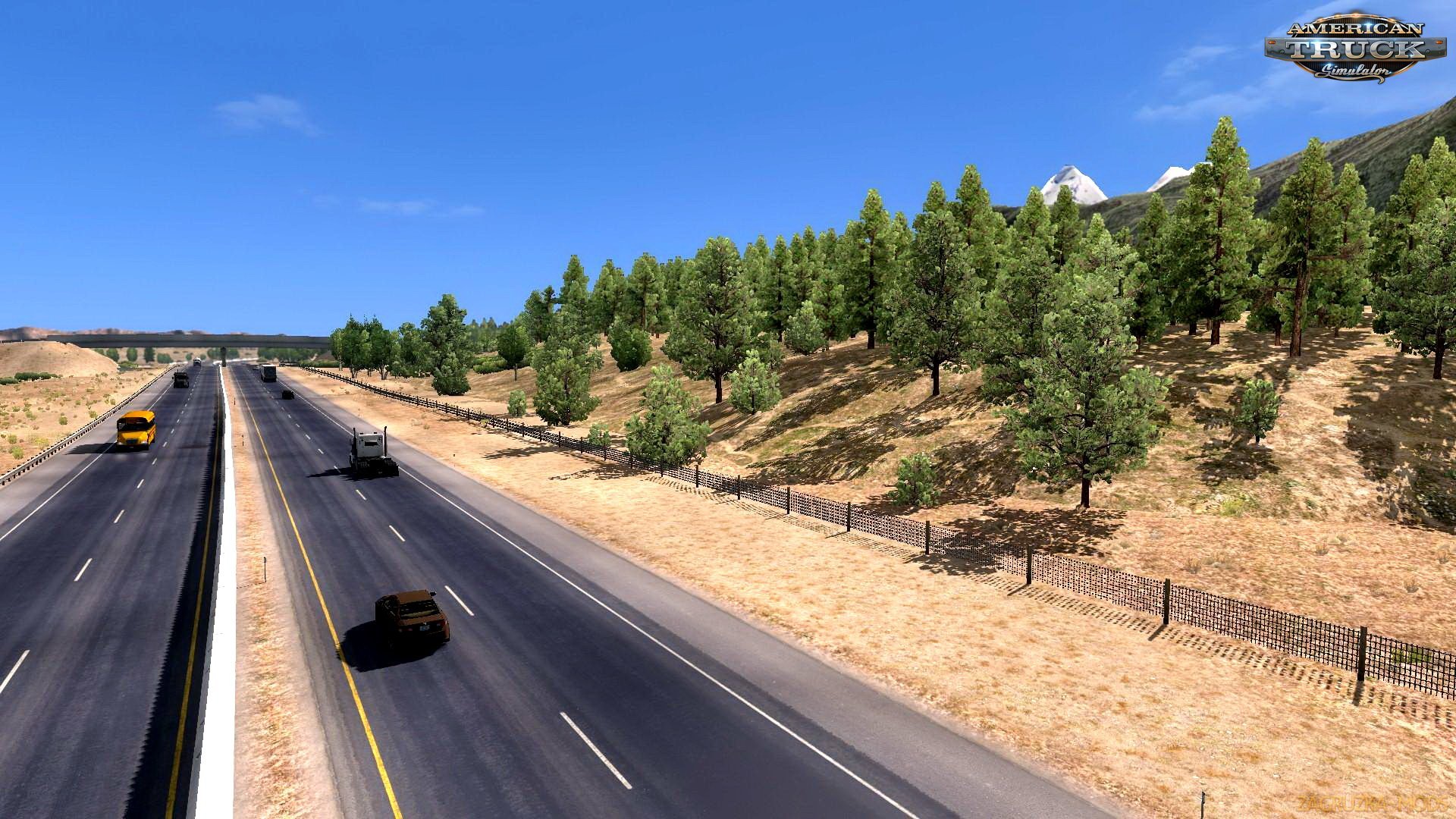 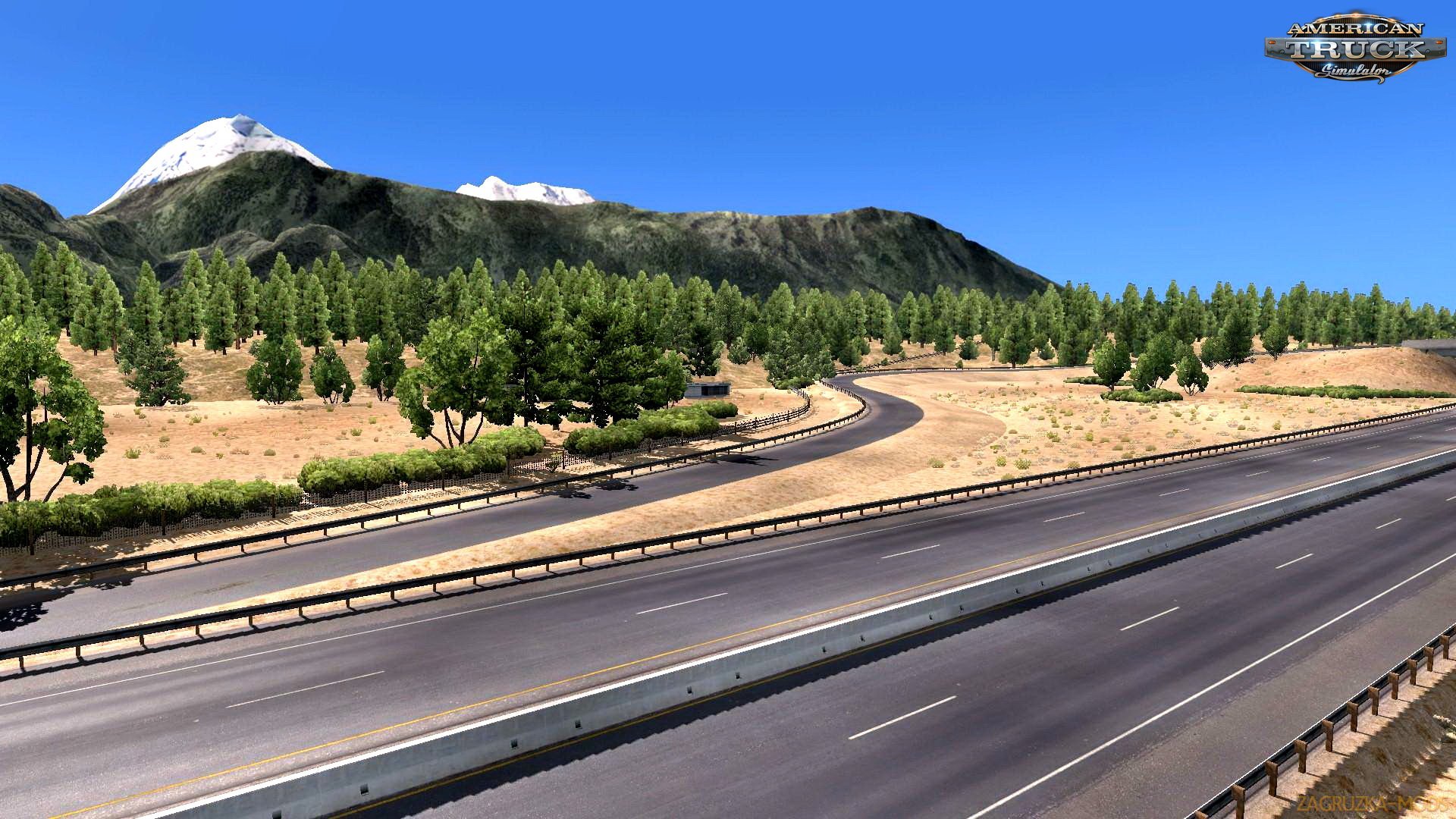 Tags: The American West Project v1 by Dybr 30 for ATS 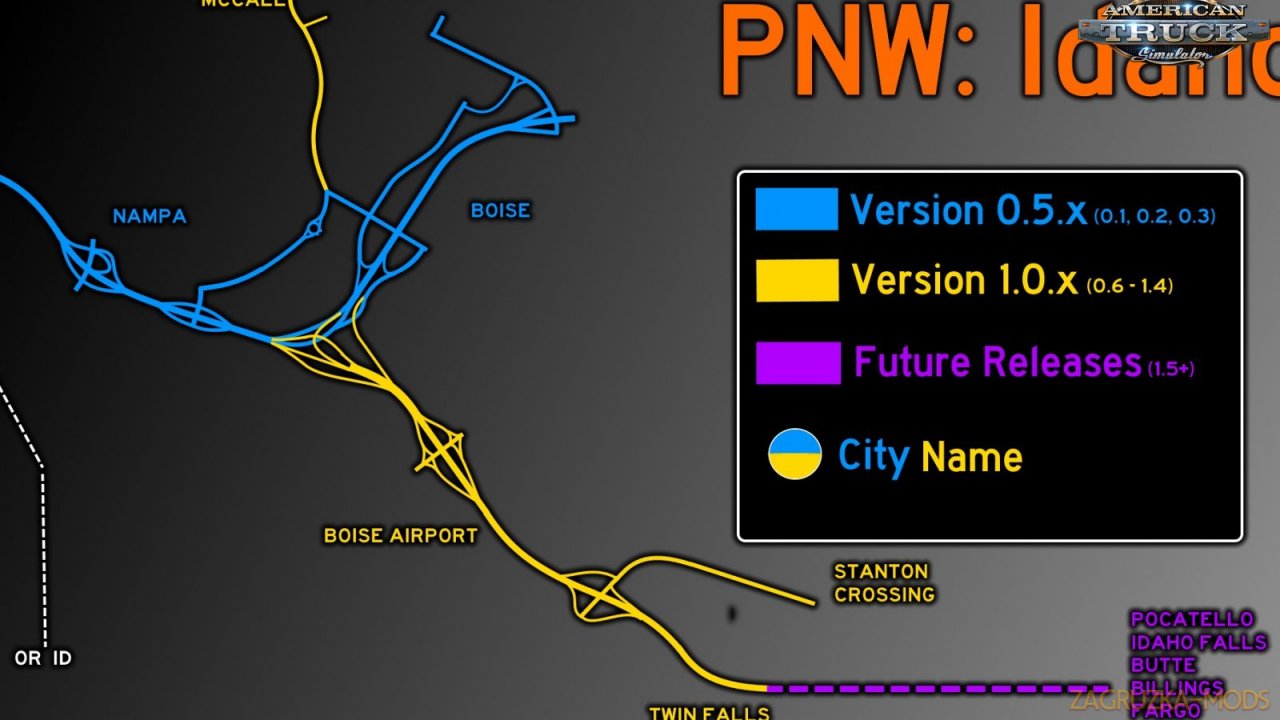 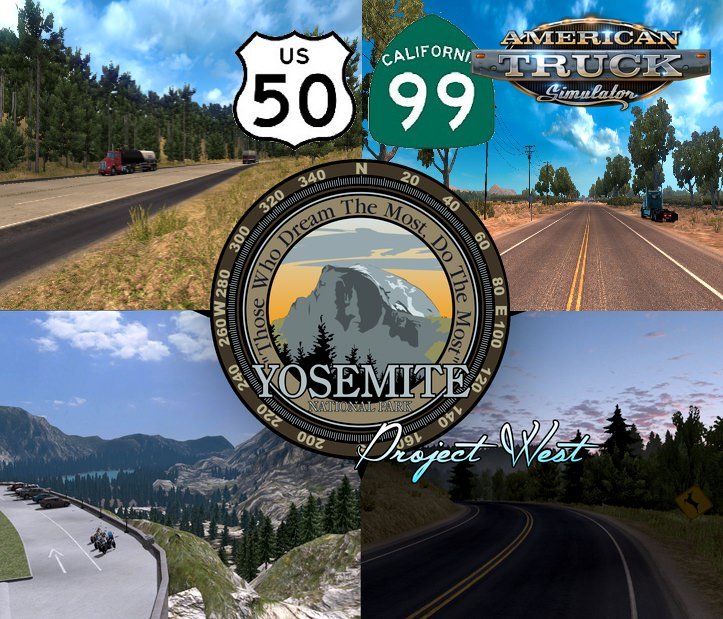 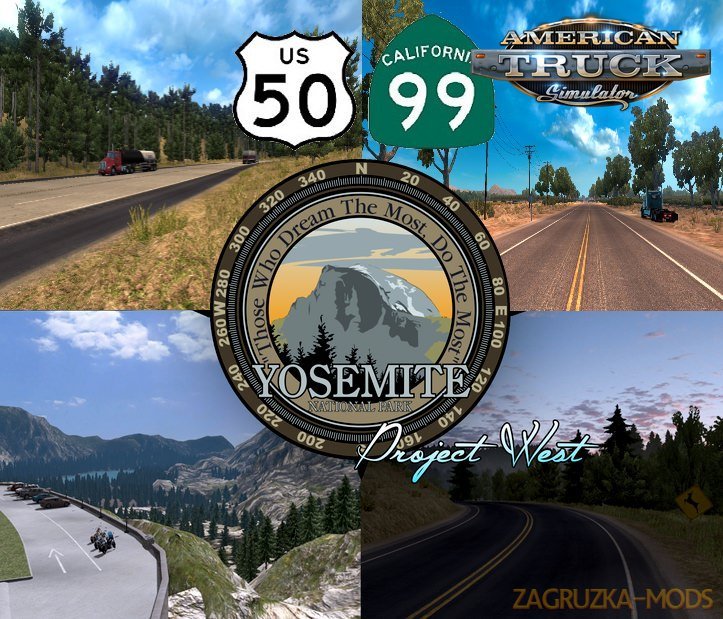 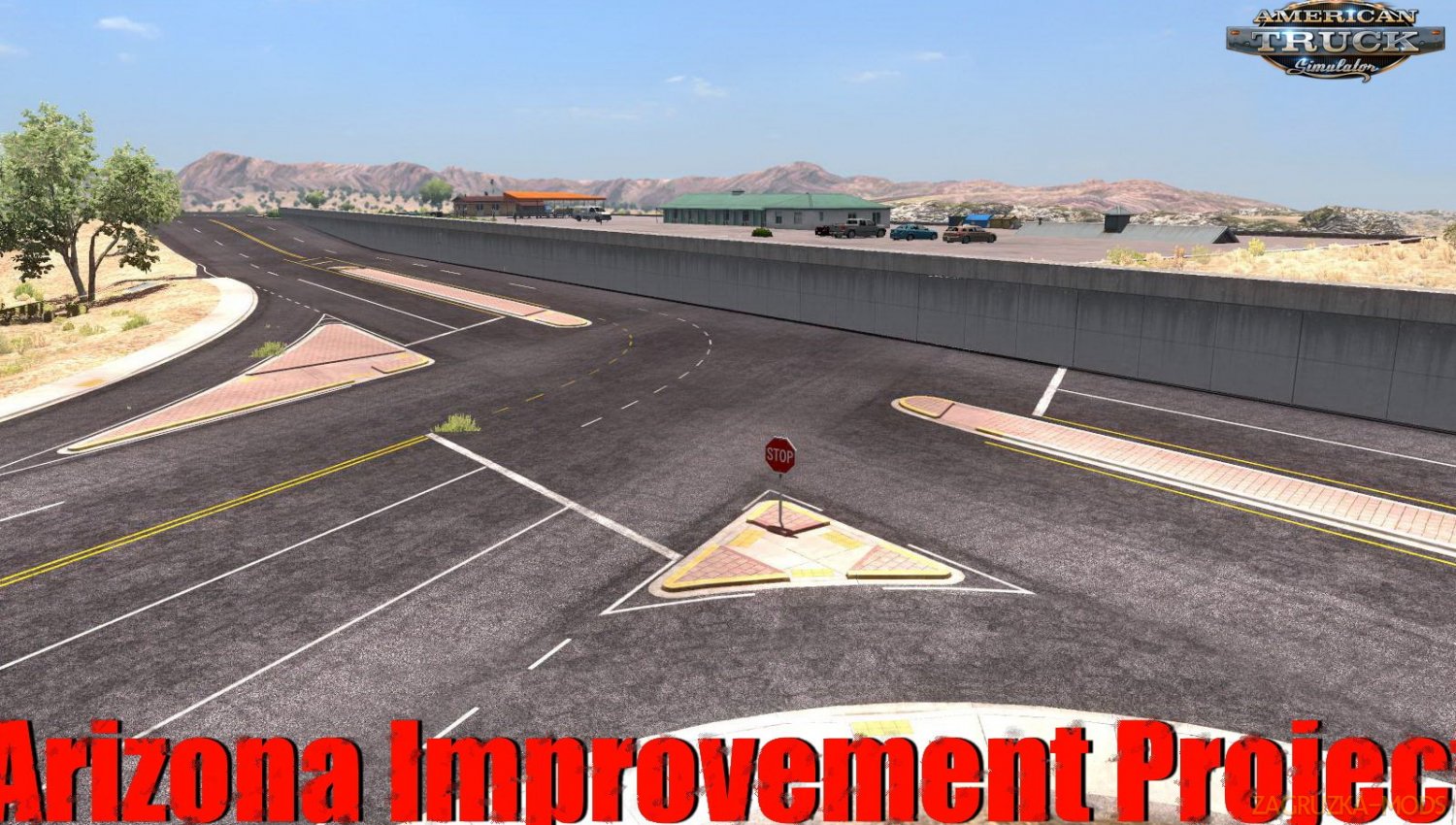