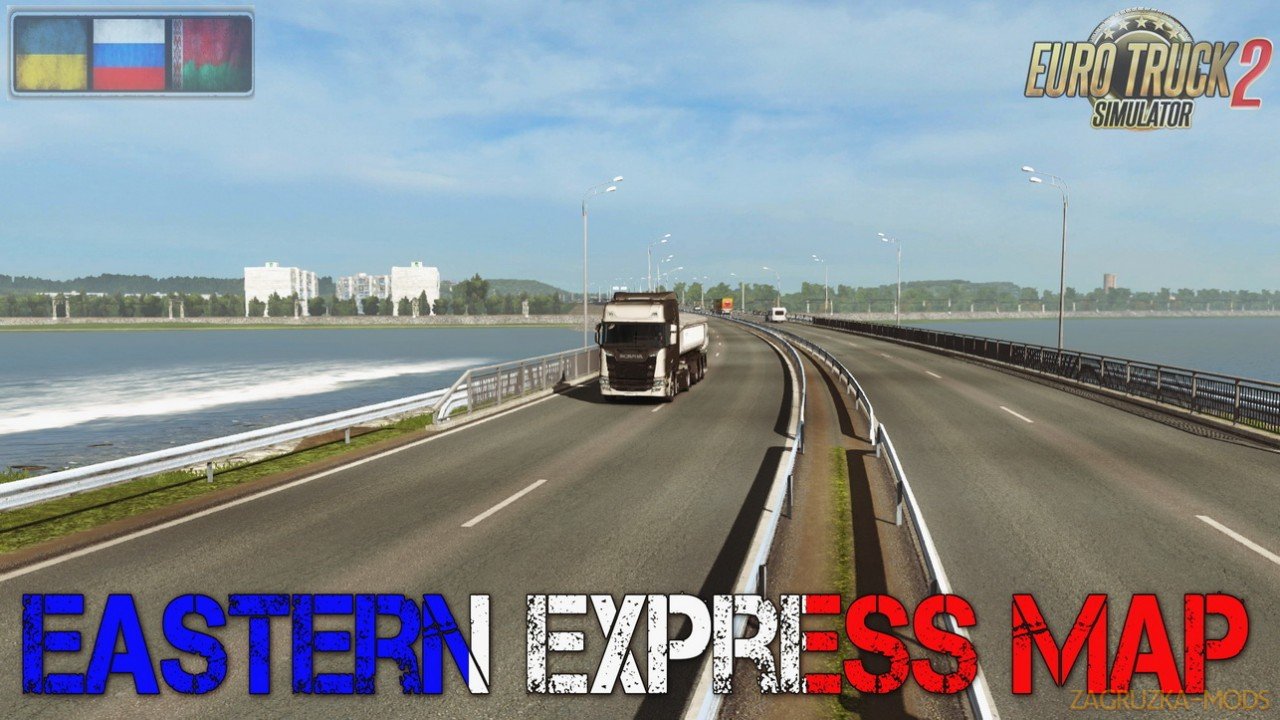 Version Game - 1.39.x
Credits: - valera_t, kosa6414, goba6372, STALKER45, Denlog, Gluck, klipstoeun8839
Last edited by: Zagruzka - 25-11-2020, 21:22
Reason: Mod Updated to v11.8
Download mod Eastern Express Map v11.8 (1.39.x) | Euro Truck Simulator 2 game.
A great addition added to the game Euro Truck Simulator 2 is Eastern Express Map for 1.39.x game version, which can be downloaded for free and without registration. You can also see other fashion from the category Maps for Euro Truck Simulator or go to the main section ETS 2 mods.
Eastern Express Map - is one of the most popular large-scale map of Orient Express, includes three CIS countries: Ukraine, Russia and Belarus. The project began to be created by the authors several years ago, for all the time developers developed several versions of the modification, and with each subsequent addition they added new routes and cities.
Features Eastern Express Map:
– 283 cities and towns + Europe
– Working weigh stations
– Operating system of Plato (toll road)
– Large base-garage in the city of Samara with base of the company “East Express train” and Krasnoyarsk “Sovtransavto”
– All companies in Europe and the CIS have a real analog
– Company in CIS brand new and are not equivalent to standard companies
– Carry out passenger transportation on buses between bus stations and in the CIS and between airports, construction sites, sea ports
– Have the ability to transport goods on trucks BDF (invisible cargo) and the trailer tandems
– New goods are busy only in CIS countries
– New trailers with the logos of Russian companies
– In recently added cities such as Omsk and Novosibirsk, at the bases of the gates are animated
– It is possible to connect a standalone module of the CIS, not Europe
– Not compatible with other mods and maps, except those that are adapted specially for her
– Required DLC: “Going East!”, “Scandinavia” and “Vive la France!”
Changes in v11.8:
- Added many cities in the Far East;
- Added many new kilometers of roads;
- Sounds on the map are transferred to the new Fmod format;
- Fixed bugs.
- adapted to the latest game patch 1.39

Transportation on the map
Transportation on the map:
Standard trucks replaced buses as well as trucks for a card bought in your dealership
– Available in salons: Samara, Ufa, Dnepropetrovsk, Kiev, Kharkov, Uzhgorod, Lvov, Brest, Grodno, Novorossiysk, Sochi, Volgograd, Ulyanovsk, Yekaterinburg, Chelyabinsk, Novosibirsk, Omsk, Krasnoyarsk and Irkutsk
Peculiarities of passenger transportation:
– You must disable the settings for advanced simulation of coupling with a trailer
– You should have about 100 000 euros for the purchase of bus
– To access the passengers You must purchase a license for ADR goods 3 (gasoline, diesel fuel, etc.)
– After purchasing a license, you must buy a bus in one of the showrooms
The passengers in the menu goods will appear on the next day, after 0 hours, you can sleep in the garage to come the next day
– Are you ready for passengers
– Do not buy a license No. 3 are currently working on your truck, otherwise You will automatically pick up the passengers instead of the normal trailers

Features of Loading and Unloading Passengers
Features of loading and unloading passengers:
– Embarkation and disembarkation of passengers is carried out the crackdown on the frame front, and not backwards as on the truck
– Passengers it is still a trailer, just invisible, so it will be difficult for him to Park backwards and need upon arrival at the Parking place of to do more of the arc-in, so that
at the entrance to the Parking place of the invisible trailer could make the position of the bus – then the problems with the landing will not be
– Embarkation of passengers can be done backwards (where possible) as you have no trailer attached and no it does not hurt to Park on the loading backwards

About the buses
About the buses:
– lake VOLVI is animated in the interior when unloading/ loading passengers disappear or appear in the cabin
– the IKARUS menu adjust steering wheel,invoked by the button F4,
up and down the front curtain is to adjust the rudder
– the HYUNDAI when applying the Parking brake, open the front door.
Animation VOLVI is my revision, with the rest made by the author of this bus. 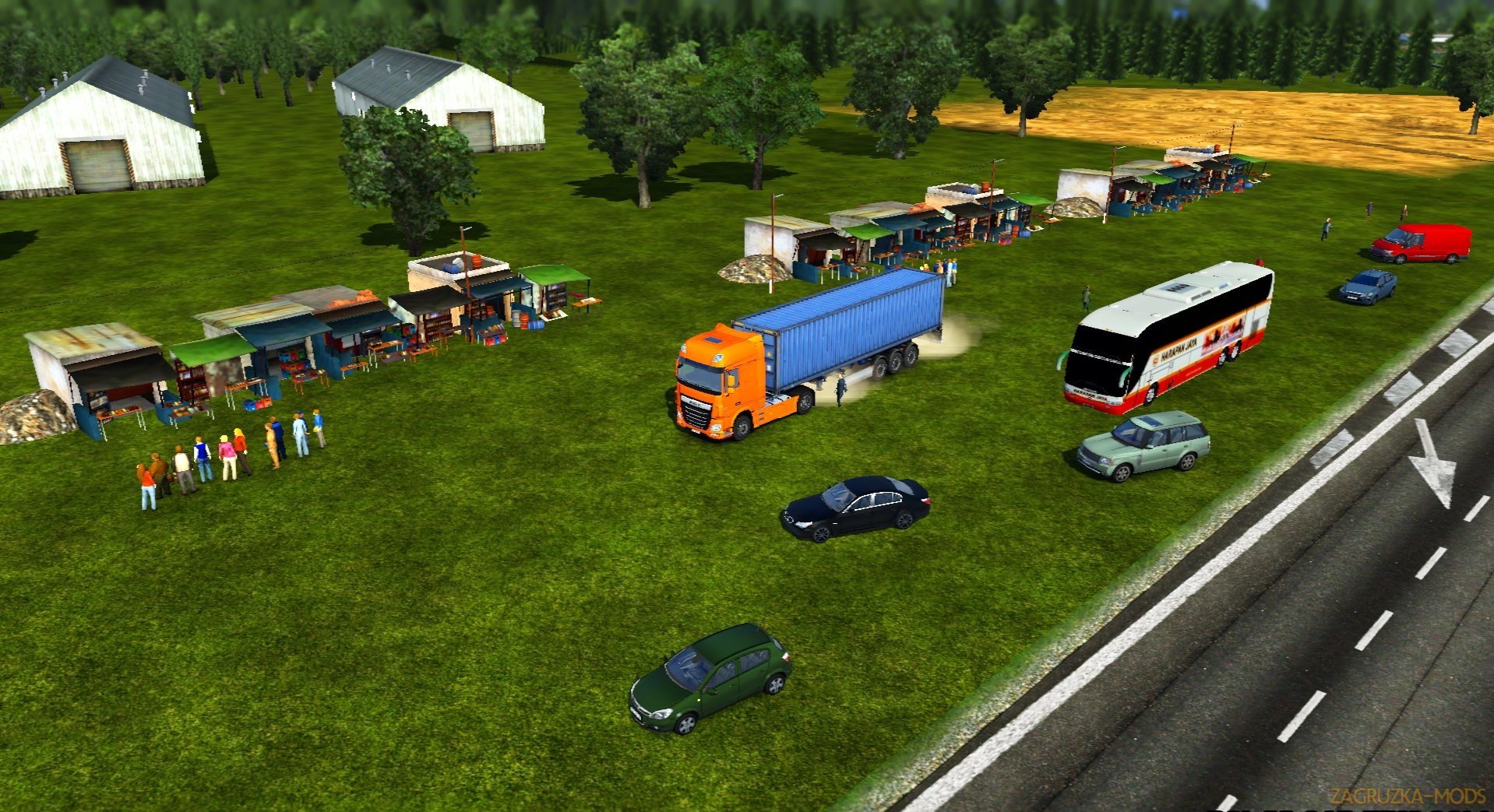 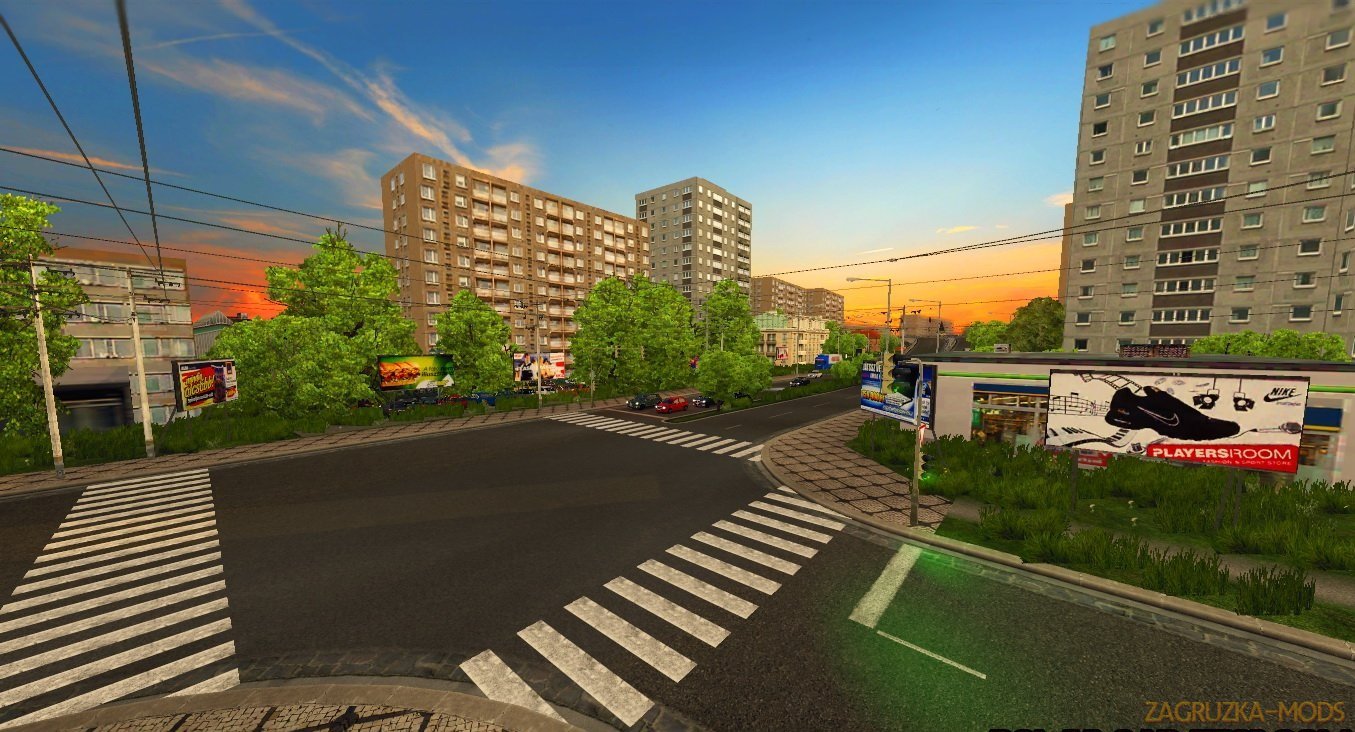