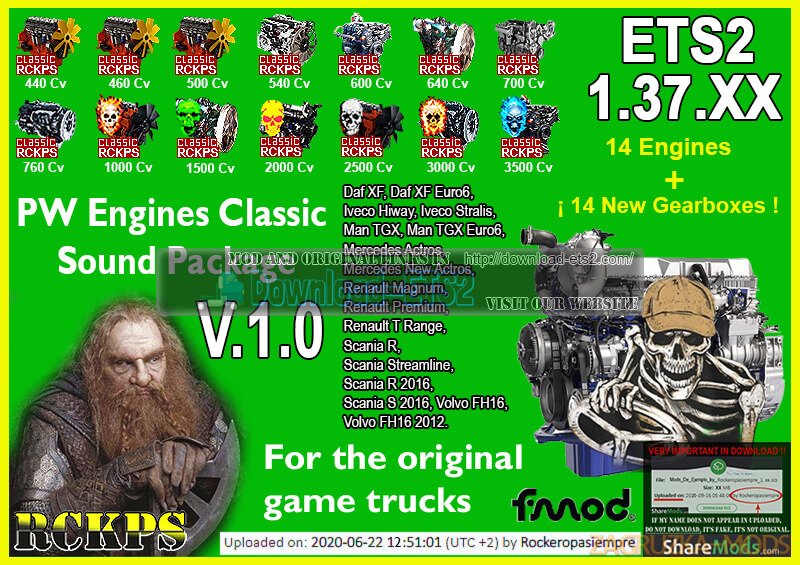 Credits
Thanks: Robinicus and Kriechbaum for technical support with Fmod.

Most Aggressive Sounds 2.0 by Rockeropasiempre for 1.30.XX

Most Aggressive Sounds 5.2 by Rockeropasiempre for 1.34.XX

Most Aggressive Sounds 5.2 by Rockeropasiempre for 1.34.XX PROHIBITED UPLOAD THE MOD TO ANY SERVER WITHOUT PERMISSIONS. All the motors and gearboxes of my mod Pack Powerful...