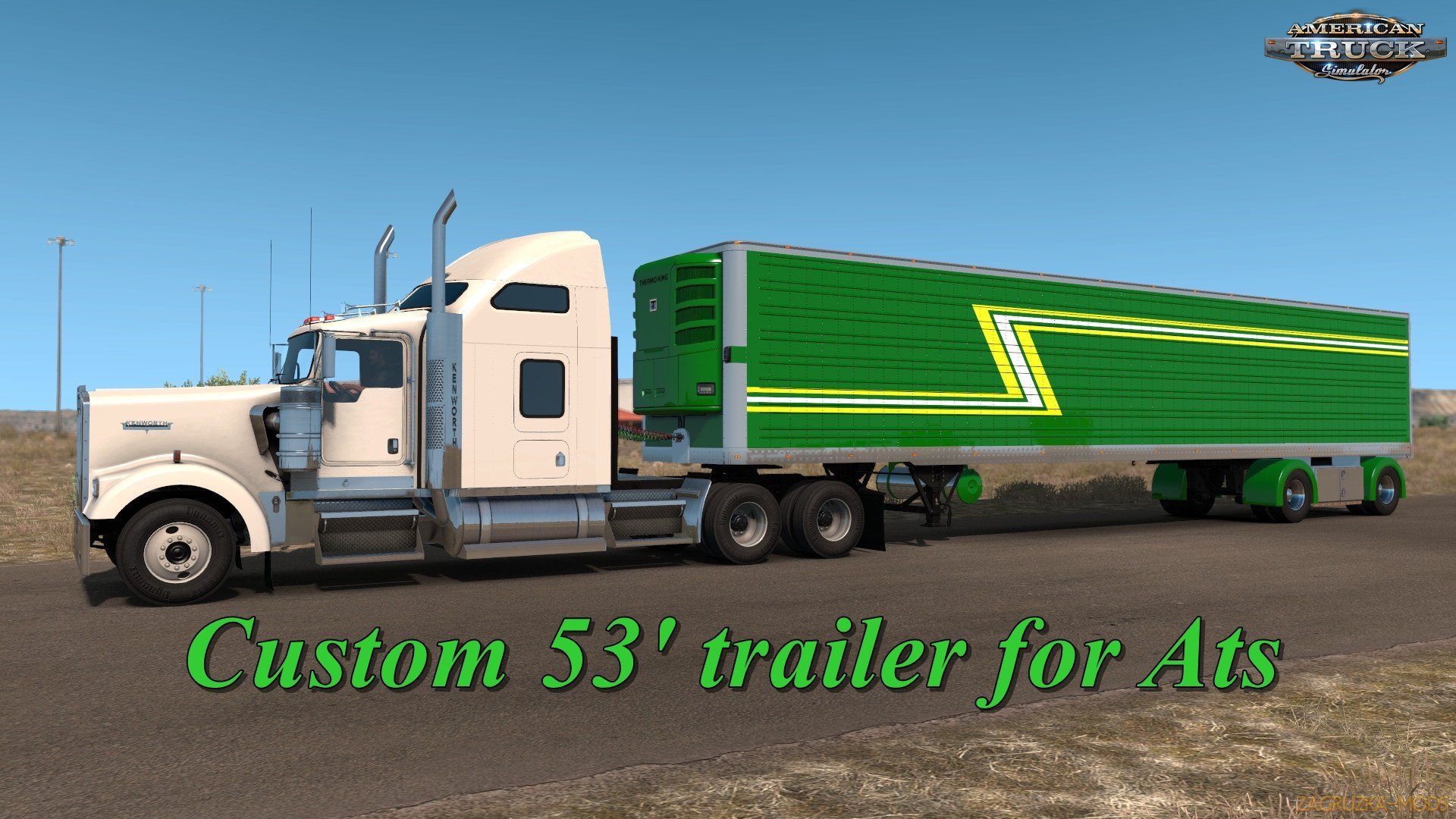 Custom 53' trailer v1.4 for Ats 1.32.x game version
This mod adds a new one, based on the standard 53 'trailer, as well as one new load.
Added as a completely new tuning, and tuning based on the standard, many elements of the trailer were recycled.
The trailer is autonomous, the type of hitch is only one - a single trailer.
Be careful that:
1) The trailer is only for purchase. Unfortunately, in freight market and traffic is not added.
Maybe someday I'll do it, but I'm not sure about it;
2) All the bodies look the same, it's not a bug, it was well conceived;
3) The UV is new, skins for standard trailers will not work, but standard game skins have been adapted for this trailer.
In the archive there is a template for drawing your skins;
4) Among the available skins there are skins that may contradict your opinions, beliefs, etc. etc.
These skins will not be censored or deleted. I do not care that because of them you will refuse to use this mod.
New Version 1.4:
- Added bodysides like standard trailers, and the “clean” version without any cracks, rivets, etc.
Be careful, skins may be slightly distorted on them;
- Added the possibility of tuning the cooling unit Turbo;
- Reworking some stickers on the door;
- Added a painted version of the chrome cooling unit;
- Added new stickers on the door;
- Added original chrome doors in two variations (with painted and chrome frame);
- Added chrome front walls with a texture similar to the standard. Also, added front walls variations with rivets,
they are only available for the dryvan and isotherm;
- Added new skins.
Version 1.3:
- Reworked sideskirts: now on all chassis they end at the same distance from the front axle.
Aerodynamic skirts are no longer available for a chassis with two axles at the back, because when
you try to move the skirts as far as the wheels, like on other chassis, the frame starts to pass through the sideskirts;
- Fixed position v. 2 sideskirts on the right side;
- Added the possibility of tuning the tank (which is put together with cooling unit) and its mounting;
- Added new chassis with four and five axles. Both have the same distance between them,
all the wheels are rear, the first and last axles are raised;
- Added painted chassis. Be careful, the supports and the handle are not painted, as I did not
manage to make a painted animated model of supports;
- Added spare tire with painted and chrome mount;
- Added new stickers on the door;
- Added new skins, including adapted from the Classic Stripes Paint Jobs Pack. The DLC itself is not required.
Version 1.2:
- The front axle of chassis with spaced axes is now lifted;
- Added the option of tuning the body sides. In addition to painted, now available chrome and stainless versions;
- Added the ability to install lights to the front of v. 1-wings;
- Added orange lights for the wings, also for them are added small rectangular lights (both orange and red), as on the body;
- Added the possibility of tuning the frame of body and cable box, for them a colored version is now available;
- Added doors and bumpers with a painted frame;
- Tuning of custom bumpers has been reworking: now only frame is selected in the bumper slot
(between chrome and painted), the bracket for number and additional lights is selected in a separate slot below the main one;
- Cooling unit and the front wall on the reefer are now installed independently of each other;
- Added custom mudflaps with the ability to install lights on them;
- Added new skins, including those for Halloween and Christmas.
Version 1.1:
- Fixed Mexico skin;
- Chassis with spaced axes is now legal for California.
Version 1.0:
- Release.
Tested in 1.32.x game version
Screenshots Mod 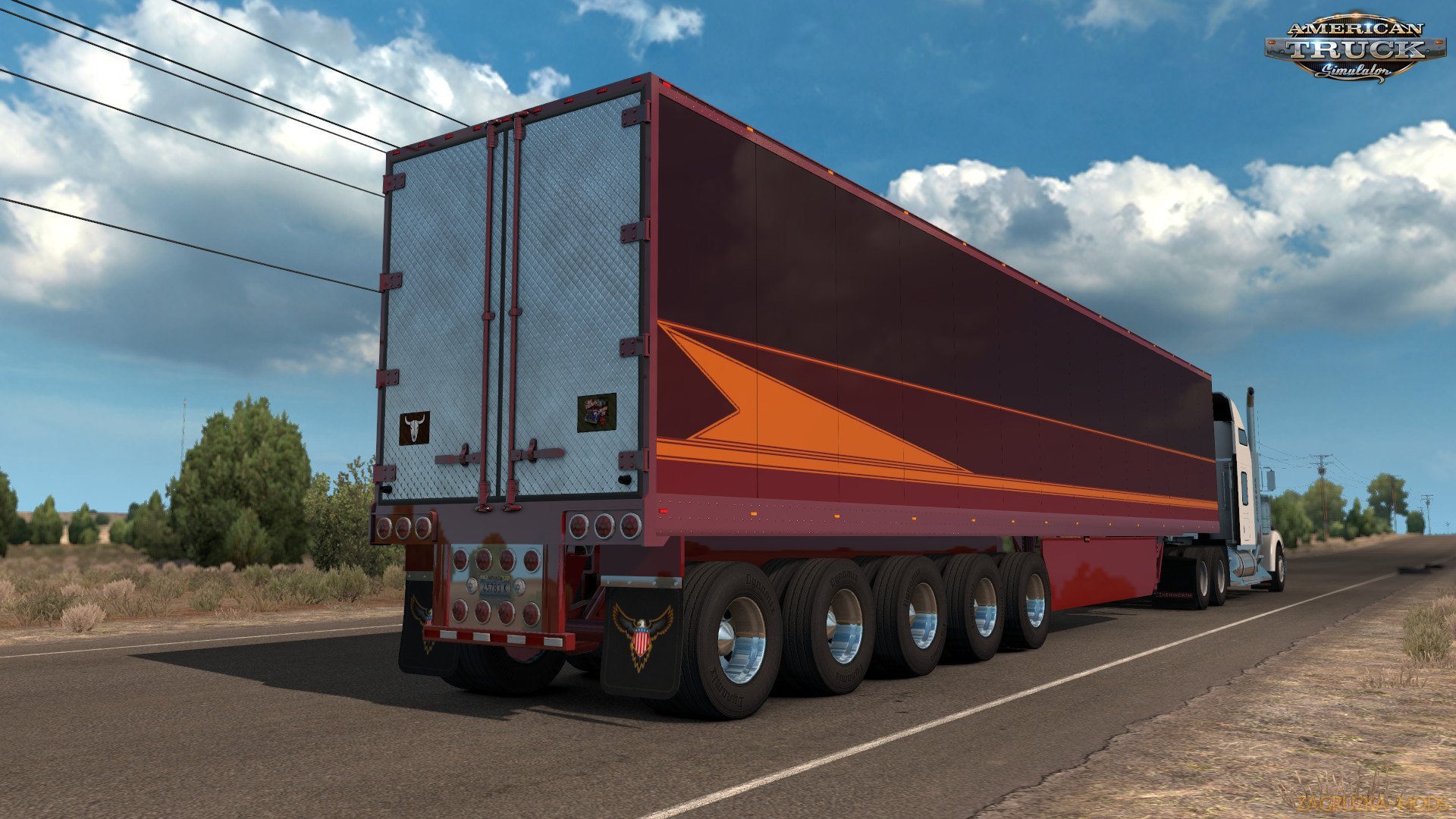 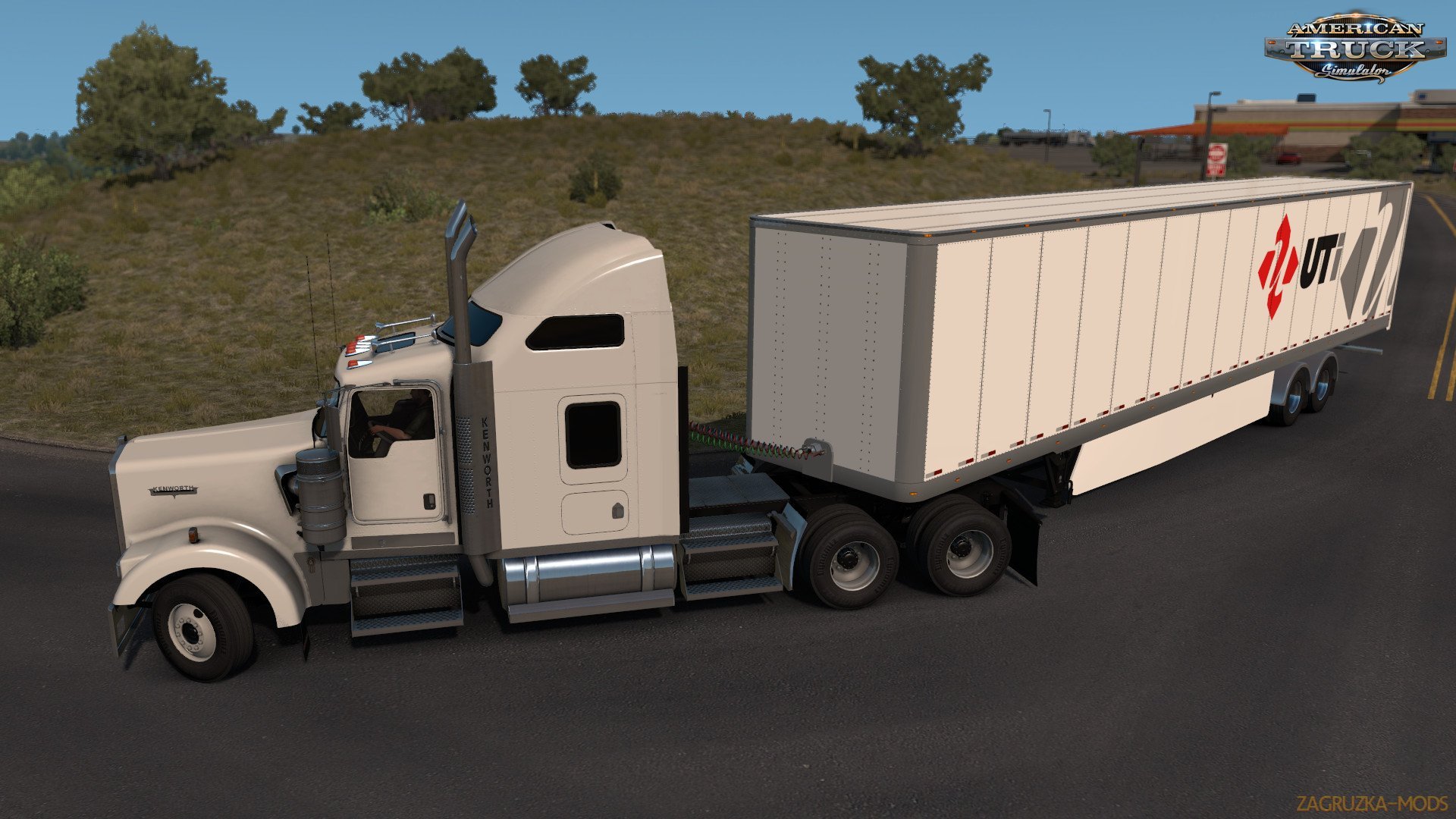 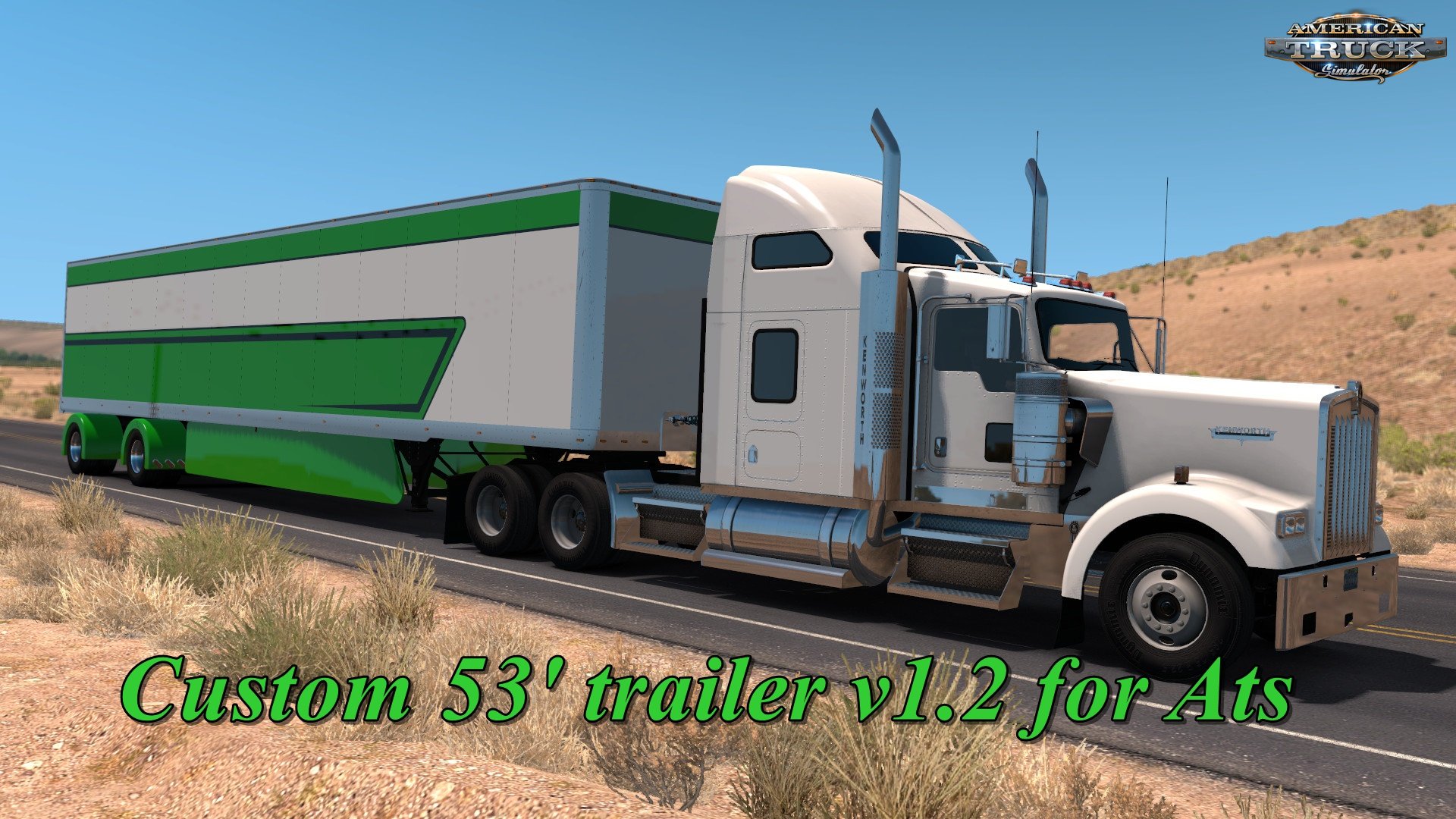