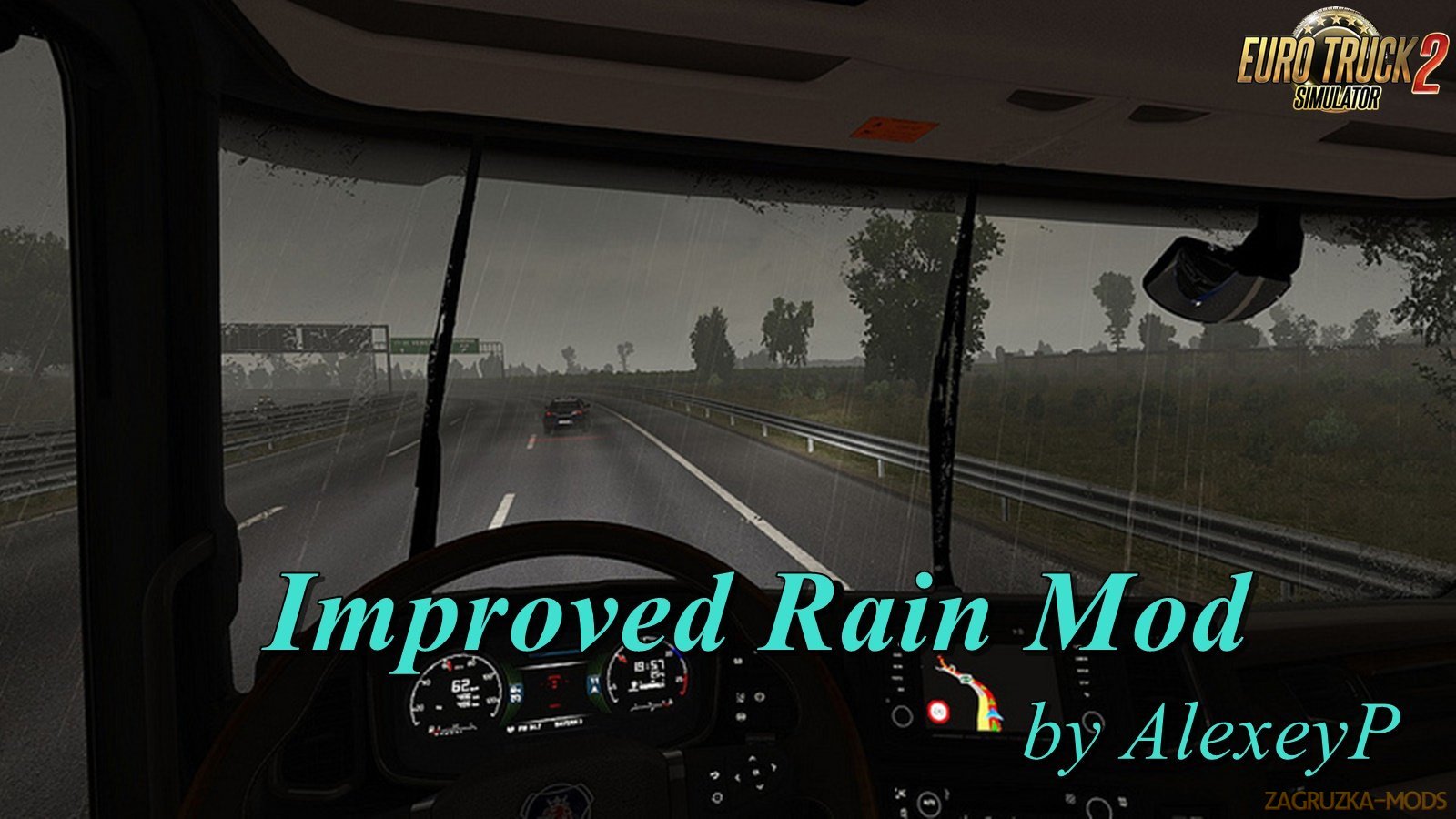 Improved rain mod v1.1 for Ets2 1.33.x game version
Features:
-New raindrops textures on the windshield and from outside;-New look of roads during the rain;
-Better internal and external rain sounds;
-Better thunder sounds;
-New sounds for windshield wipers
Important !!!
1.Always give this mod highest possible priority among other mods!2.
If you play with Sound fixes pack mod enabled, then you must use rain-sfp.scs mod, not rain.scs!
Changelog for latest version
- Mod was updated to be compatible with Ets2 1.33.x game version

Compatible game versions
Mod was tested on 1.33.x.x, but should work on older versions as well.
Screenshots Mod 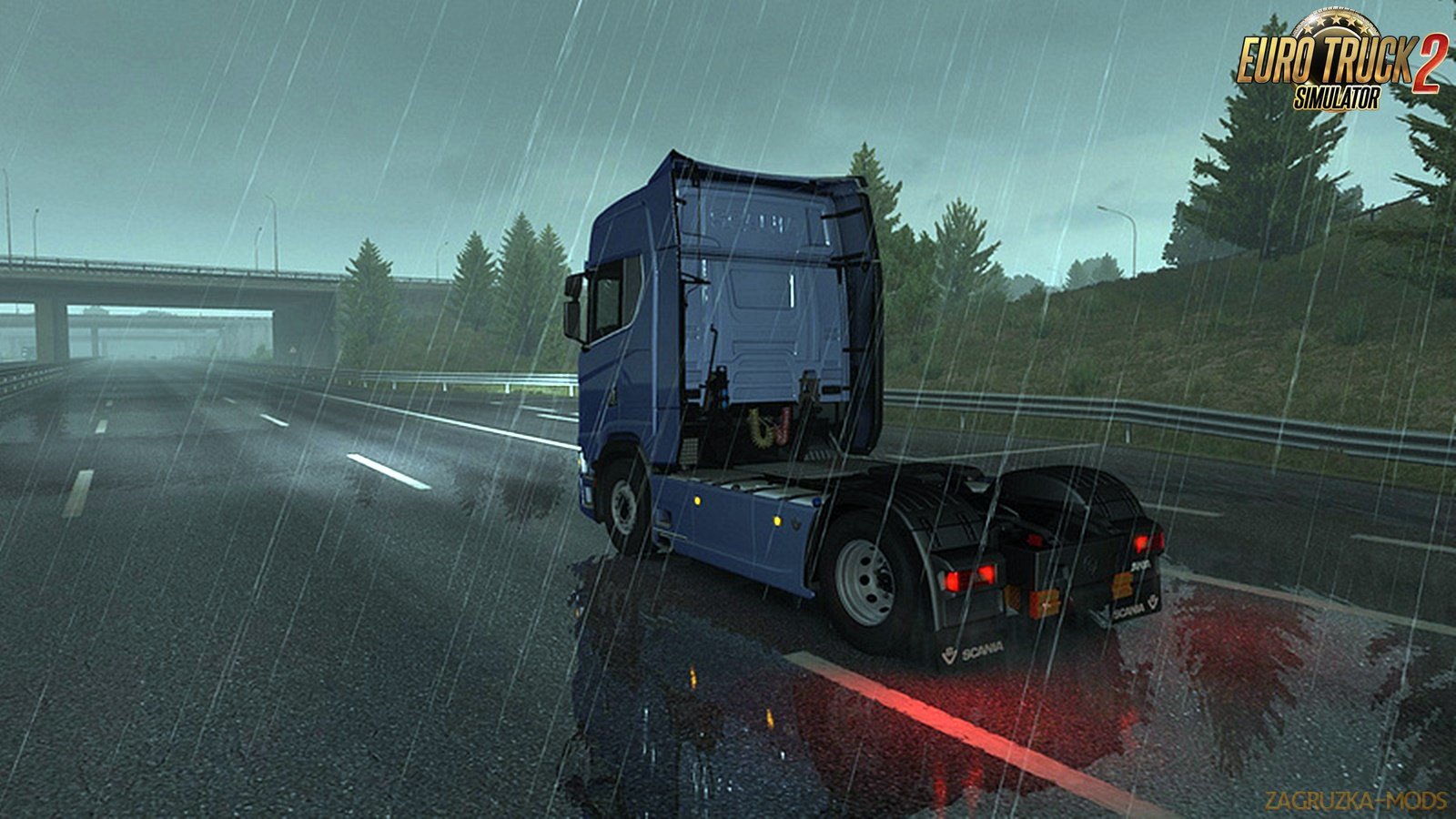 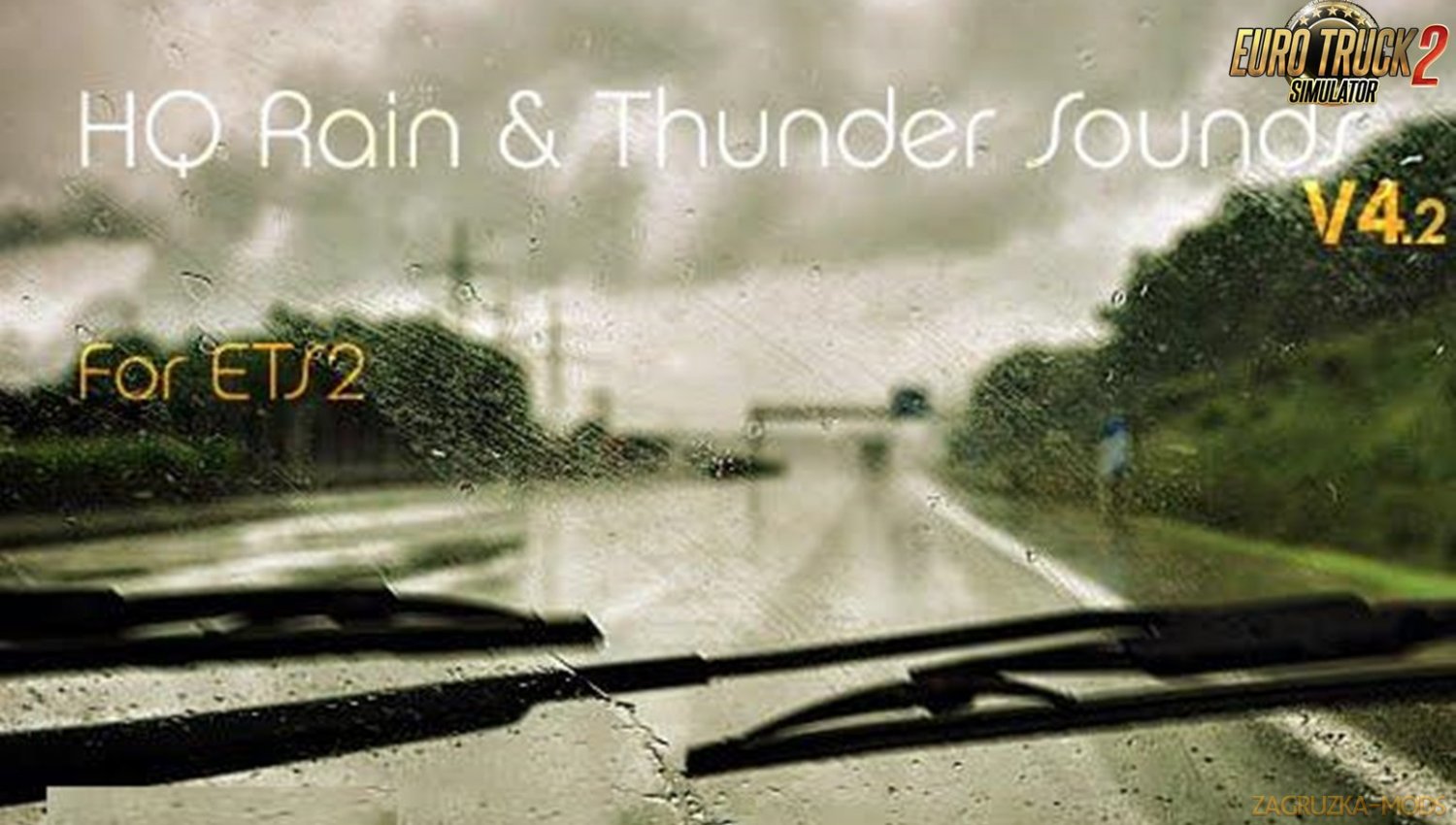 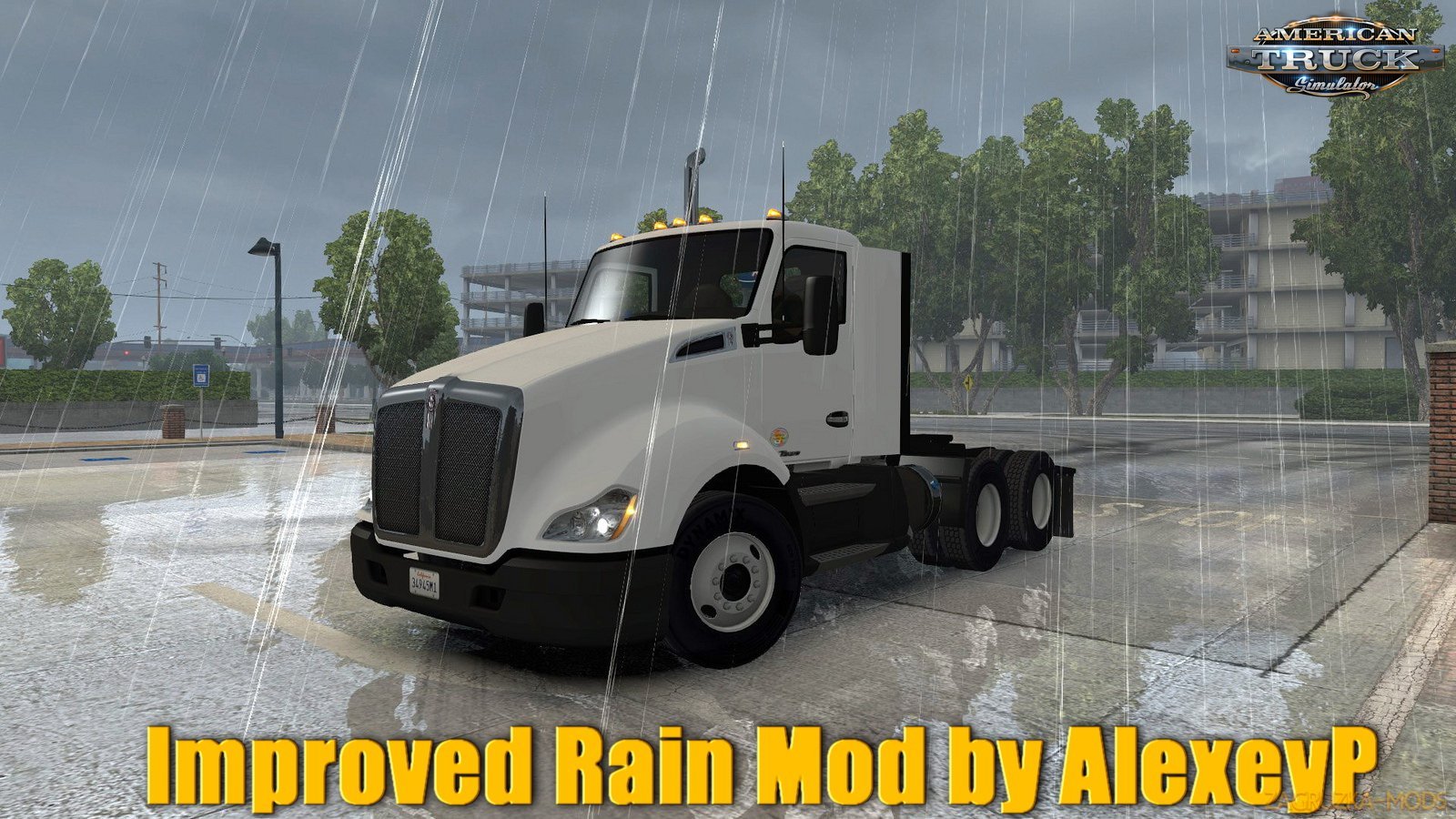