Mod Big Project Mexico + USA Map v1.0 (1.37.x) for ATS | American Truck Simulator game.
A great addition added to the game American Truck Simulator is Mod Big Project Mexico + USA Map for 1.37.x game version, which can be downloaded for free and without registration. You can also see other maps from the category Maps for American Truck Simulator or go to the main section ATS mods.
Big Project Mexico + USA - This mod includes the states: Sierra Nevada, Aguascalientes, Durango, Zacatecas, south of Chihuahua and south of Sinaloa in Mexico, as well as other regions.
Starting with the game version 1.37.x in American Truck Simulator there will be a unified and updated large project "Mexico" which will now collect previously disparate maps of the states of Mexico and parts of South America.
To the newly created ones, those under development will be added:
Mexssimap 1.6, Posted by Jordi
PazzMod 1.2, Author: Pazz
Features mod Big Project Mexico + USA:
- Repaired areas north of Sonora and Southern Arizona on the map of Viva Mexico, between Agua Prieta, Nogales, Sierra Vikta (AZ), Santa Ana, Sonoita, Caborca.
- Work was done on optimizing maps, special attention was paid to México Extremo 2.1.12 Optimized cities: Carson City, Reno, Sacramento, Bishop, Aguascalientes, Masatlan, Durango, Gomez Palacio and Zacatecas. Optimized area in Jesus Mary, Nayarit, Optimization in the area of Devil Espinazo and highway quota.
- Visual improvements in the states of Zacatecatecas, Aguascalientes, Nayarit, Sonora, Sinaloa and Durango, more realism in the landscape, a new "look". Changes in the landscape, more realistic mountains, new materials applied to the earth.
- Compatibility and communication with Pazz Mod 1.2 and Mexssimap 1.6.
- Dynamic new bumps where artificial intelligence interacts. (some more areas to be implemented)
- Graphic improvements on the map, such as reflexes in water, different use of textures and brushes, change of 3 D-objects for more realism and optimization.
- Improved all the charge of Mexico booths, many thanks to Stephanie!
- New assets are available and fixed for Mega Resources 2.1.8, many thanks to Stephanie!
- Fixed prices for the stand. (to be improved)
- Improving the effectiveness of AI on the map (it is necessary to improve some areas)
- Correction of flying objects.
- Correction of grass on asphalt in all possible areas.
- Correction of hundreds of errors reported by different people over the past 5 months.
- New areas of California, Arizona and Baja California, thanks to Paz, a refurbished city of Mexico.
- Correction of errors and improvements on the Jordi map on SLP, a new landscape.

Archive Files
1. Mega_Resources_v2_1_8.scs
2. Reforma_Sierra_Nevada_v2_2_20.scs
3. Reforma_MexicoExtremo_v2_1_12.scs
4. VivaMexico_v2_5_3_hugoces.scs
5. MUO_SN Compatibility Patch.scs - For those who use: Minor Urban Overhaul.
6. Mega_Resources_C2C_Patch_v2.scs - Special file for compatibility with C2C v2.8 and MR 2.1.8
7. Map_Background-VM-C2C-CD.scs - Recommended patch file for Coast2Coast and Canadream for use with maps of Mexico, this changes the background map to be able to scroll up.
Tested on game version 1.37.x
Screenshots Mod 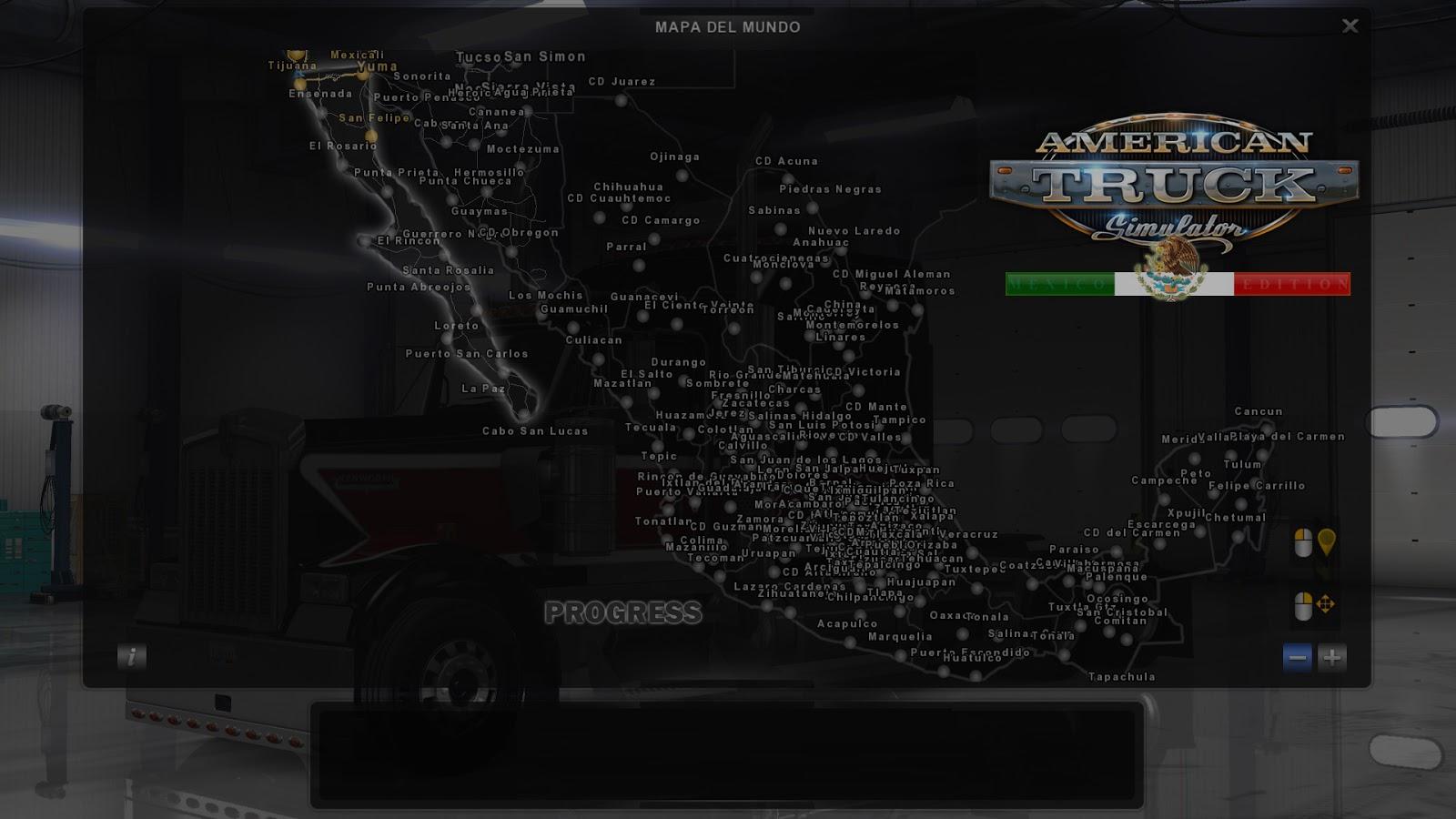