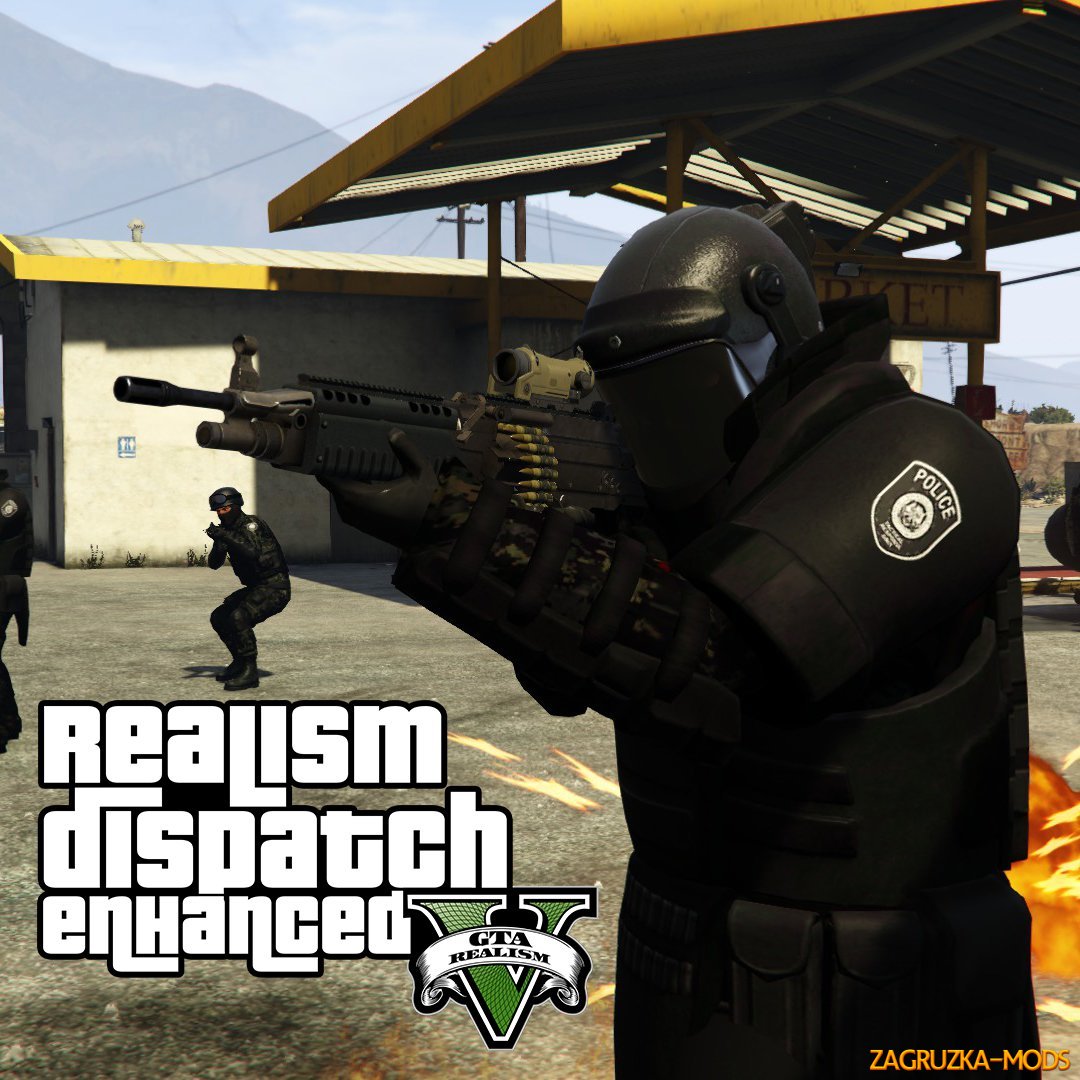 This mod is part of the GTA Realism series: (Content in RDE 2.0 is not currently in GTA Realism but will be soon!) https://www.gta5-mods.com/misc/gta-realism
Want to beta test newer versions of the script? Click here!

This is the first series of many to come and is dedicated to those who simply want an incredible dispatch and not the whole GTA Realism mod.

RDE: Best lore-friendly models and textures, all compatible and in one easy to install package, coupled with enhanced AI and an extended dispatch system.

Includes all of your favorite items from our original GTA Realism mod and MORE:
1. Gunshots can be heard at 150 feet and may result in police being called, the less people around the better
2. All Minor Crimes must be witnessed and reported, unless witnessed by a cop they will need to be called in.
3. Cops called will search the area the crime happened, line of sight is now required, police will jump fences and enter properties so hide well
4. Lower wanted levels attract less police
5. Working female LSPD and LSSD peds.
6. Cops will no longer rush you when in combat, they are able to flank, but they will always look for cover if you are aiming at them, SWAT still have the ability to rush and so will the Army. This also applies to gang members, they will rush you as well but will wait longer to do so.
7. Cops in cover now pop their heads up less frequently to shoot
8. Police response times are more realistic.
9. Small crimes like reckless driving can be seen by peds within 75 feet, and may result in a 1 star wanted level
10. Stealth kills and less noisy kills like hitting someone with a car now have to either be seen or heard by a ped within 5-10 feet depending on the crime
11. All Accuracy levels have been lowered, the better the law enforcement (SWAT) the better the accuracy, if the AI is rolling, jumping, recently hurt, or firing from a wounded ground position their accuracy is much lower
12. Police no longer see incredibly high making hiding above them a better option for not being detected.
13. Animals cannot call police (Rockstar's oversight)
14. Enhanced evasion timers for both on foot and in vehicle
15. A 1 star wanted level will now only promote one squad car to investigate and is more realistic.
16. Cops, Gangs, and all peds will no longer have unlimited ammo.
17. SWAT and Army will use teargas
18. Completely new install method that is easy and painless
19. Overhauled popcycle and popgroups to include all the new units and all the DLC vehicles thats added. (Even the lowriders DLC vehicles have been added)
20. Scripting that allows proper responses depending the vehicle category you are in
21. Juggernauts have been added
22. Dog fighting AI for those who like jet fighting
23. Gameconfig.xml has been enhanced to allow even more models, peds, and misc improvements
24. Rotating blips for all enemy aircraft, tanks, insurgent gunners, etc.
25. All added vehicles include gxt2 files which allow them to show their correct names in game
26. More that I'm forgetting but will add soon!

More features coming soon!
1. More .YMT edits will be released once OpenIV supports it
2. New textures/model additions will be completed by Yard1, BroCop. and SkylineGTRFreak. More information on that in the future
3. New features will be added to the script and will be written by Bilago

Want to work with us?
If you have created a mod and would like to see it incorporated in Realism Dispatch Enhanced / GTA Realism or any of the other planned GTA Realism series then feel free to let us know and we'll try to work together.

Version 1.1: Added a No Army option, increased hidden evasion timers, added LSSD and LSPD SWAT mesa's, Officers now wear ballistics vest at three stars and higher, Police officers+SWAT+Army should all be able to use teargas on you. (I think that was included in 1.0 but it is for sure now)
NOTE: If you are coming from 1.0 to 1.1 the only file you will need to update is dispatch.meta in update\update.rpf\common\data

Version 1.2 New models include SAHP SWAT, SAHP Maverick, New SAHP car and SAHP bike textures (bike optional), New sheriff interceptor, New LSPD Granger, New NOOSE RIOT, New NOOSE TRU (SWAT), New Army Annihilator, and loads and loads of new optional textures to spice things up.
Installation has been overhauled to make things easier. And loads of readmes have been included so you're not left wondering what to do. We've even made sure to credit each and every person in the readmes and included links where possible. (A BIG thank you to all who contributed and took part in this) 1.2 now includes multiple different options for dispatch including options for added textures/no added textures, no army, and even a great dispatch made by Yard1, Loads of Optional textures have been included to suit everyones needs.
Now only SWAT and Army will use teargas. Other minor misc. code changes and enhancements .YMT tune edits by BobJaneTMart (Thanks again for permission to use these) .YMT popgroup file that includes all the added models to spawn. (Thanks to Yard1) Note: This needs a popcycle.meta file that includes police. We're in the process of making our own, stay tuned. HD SAHP male textures by BroCop are now standard. (working on support for female SAHP soon!) Credit to both BroCop and OfficerLund for permission to use textures/female model (female model coming soon)

Version 2.0 Scripting that allows proper responses depending the vehicle category you are in. Completely new install that allows for the easiest install possible (DLC method), All new models and retextures of your favortie RDE vehicles/peds (All models are listed at the top of this description), revised dispatch.meta, Overhauled popcycle and popgroups to include all the new units and all the DLC vehicles thats added. (Even the lowriders DLC vehicles have been added), gameconfig.xml has been enhanced to allow even more models, peds, and misc improvements, All added vehicles now include gxt2 files which allow them to show their correct names in game

Permissions:
-We encourage you to develop your own custom dispatch.meta and INI for RDE then release it yourself on GTA5-Mods or LCPDFR.
(Just be sure to credit us and link to this page so your users can download the main files here)
-You MUST rename the INI to "FiveStarResponse_CustomTextHere.ini" to differentiate from our default INI if you release your own INI.
-DO NOT upload files from this mod outside of the two mentioned above without our ENTIRE team's approval. 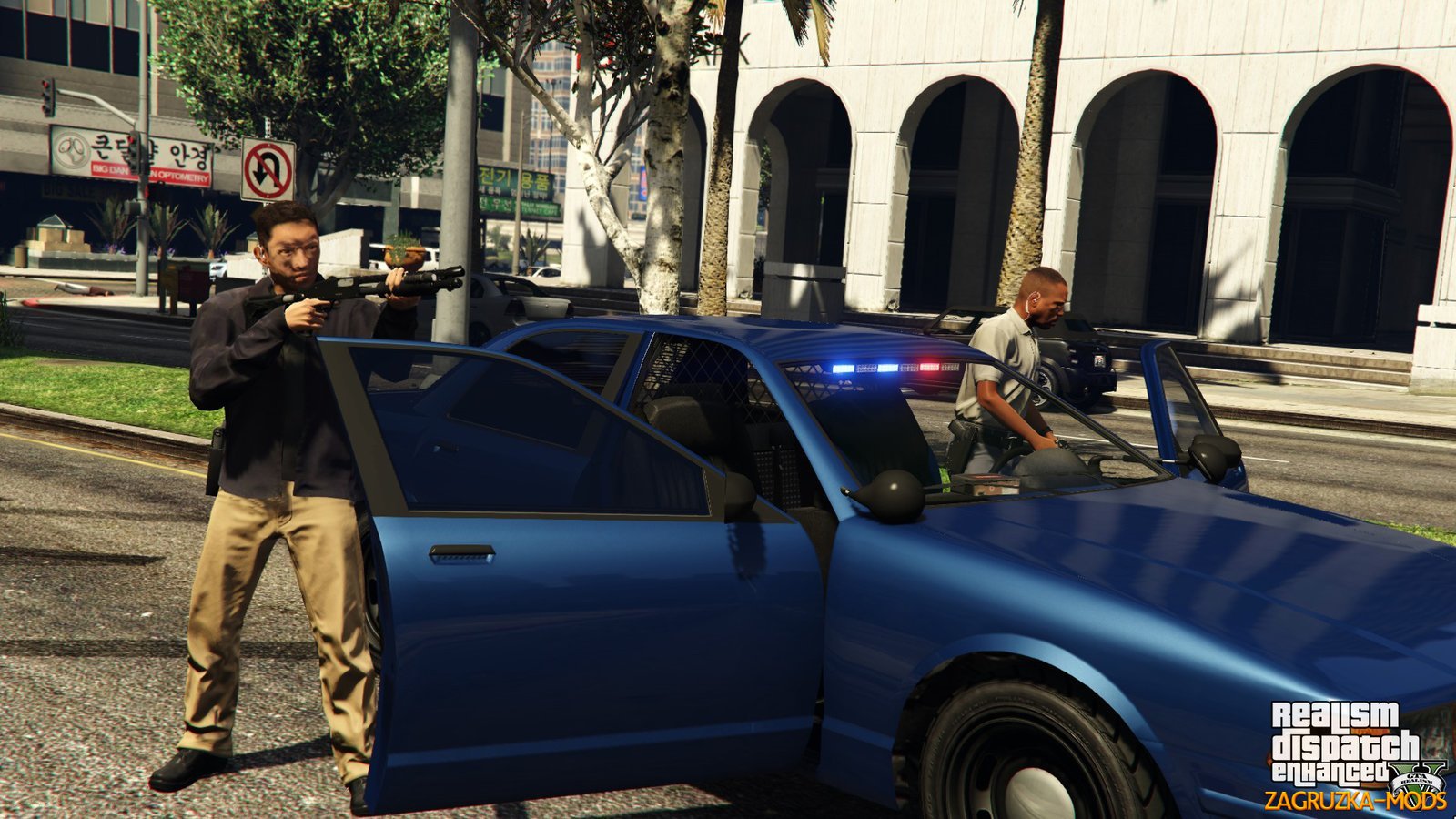 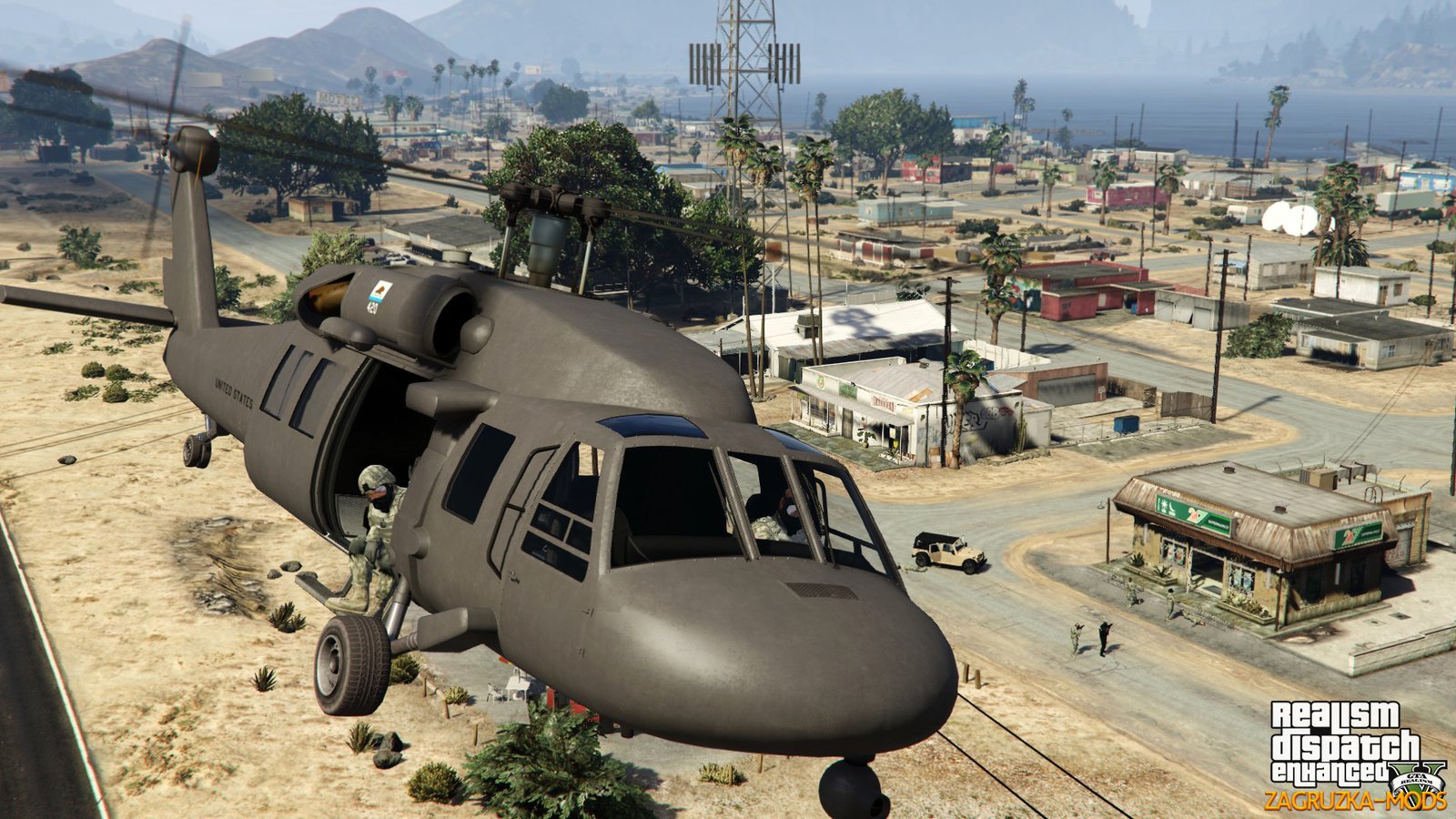