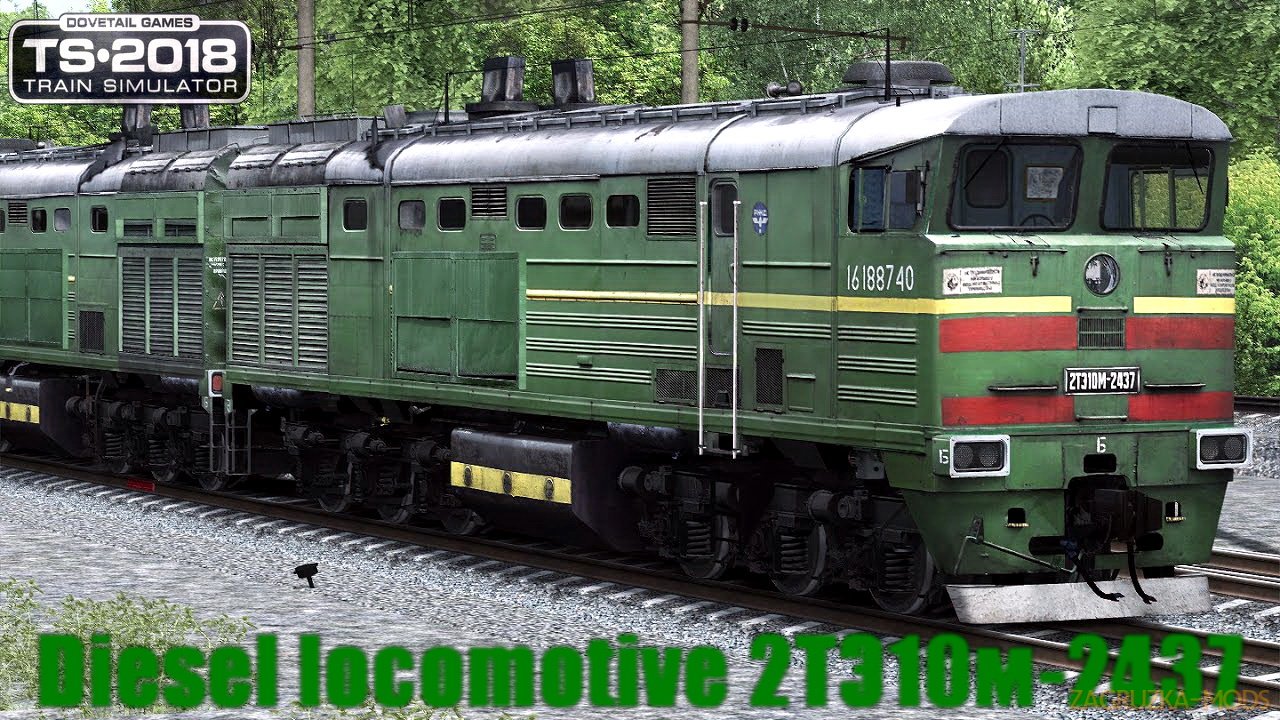 Download mod Diesel locomotive 2ТЭ10м-2437 v1.3 (Update 24.12.18) for TS 2019 | Train Simulator 2019 game.
The long-awaited locomotive from DedMozaj. The authors of the finalization and the envelope of the train did their best! Despite the fact that this is an alpha version, the quality of the mod is high. A lot of improvements, scripts and animation.
Update 24.12.18
1. Both the external model and the cabin are corrected, adapted for sharing by the “camera movement in the cabin, engine and external” - (control “arrows”), and not as a default. I think this method of turning on the “external camera” is the most convenient at the moment! (But it requires that the 3D models of the exterior and the cabin were made as a single model, otherwise, as is most often the case, one author does the cabin in its dimensions, and the external model is different .. but in size ... and the rebuses begin .. the booth does not fit into the body, or "hangs" in it, like "horseradish in the washstand" ....!
2. In the external model, by me, a new body frame and wheel sets were made, some elements and details of windows, doors, etc. were radically altered in the cab, “some sort of engine room” was created ...
3. The cabin was animated as much as possible, including the work of the SL2M speed tester, namely: the work of recorders, the movement of the speed-measuring tape, drives, the work of the clock and the mileage meter!
4. Traction characteristics of the locomotive, as close as possible to the real!
5. The external lighting functions - everything in the cabin is completely the same, including the smooth adjustment of the instrument lighting.
6. Animated and functional sand filling, affecting the coefficient of adhesion! (relevant when starting off with high weights, including in rainy weather or snow:
key -
"C" - work from the "button" adding under 1st kn,
"V" - work from the "pedal", adding under the 1st and 4th CP)!
7. The manual tumbler tumblers and the fan of the refrigerator are working.
8. Works random voice radio talks in the cockpit!
(Do not forget to turn on the machine, the first on the left, above the door!) !!!
9. A sound config is connected when coupling to another PS.
10. The lighting in the engine room and running gear lighting. (two toggle switches in the engine room, on the right cabinet)
11. Added functionality in the cockpit. When starting off, do not forget to include:
1. Automatic "general control" (under the remote control)
2. Locomotive control toggle switch
3. Blocking 367
4. key EPK-150
5. Wait for the discharge line to charge after starting the diesel.
6. charge the brakes.
12. At the level of TEST-VERSION, the work of crane 394 and pneumatics is realized.
1. Temporary modes, charging and discharging UR and TM.
2. Ability to over charge, and its elimination of the 2nd and 3rd position at different rates!
3. The temporary modes, the crane operation and filling, as well as the filling of the shopping center, from different levels of charging pressure have been edited!
4. The rate of discharge in position Va and V.
5. Implemented compressor KT7
6. ATTENTION TEST! Implemented a separate launch of 2 sections.

How to start the locomotive
1. Full start of the diesel of the leading and driven section, from the "cold" state ...
2. The sequence of operations, when translating the locomotive in working condition ...

Now when choosing a locomotive .. DO NOT FORGET!

In the MACHINE compartment, on the end wall (left IHC) turn on

In the CABIN of the CONDUCTING section, turn on the following automatic tumbler switches and control handles.

Starting the diesel after switching on the oil pump, after a certain time, will occur automatically!

3 Before driving, after starting the diesel engine (s), on the master (slave) section, it is necessary to assemble the electrical circuit in the first position.
Update version:
1. Full start of the diesel of the leading and driven section, from the "cold" state ...
2. Sequence, performance of operations, when the locomotive is transferred to the working state ...
Changes in v1.3:
1. Move the lock handle 367 to the lower position ("open").
2. Place the crane handle 394 (395) in the second position, and wait for charging the lines (HM and TM) and releasing the brakes.
3. Switch on the EPK-150 key.
4. Turn on the "Locomotive driver" toggle switch.
Changes on v1.2:
1. Corrected the work of the blinds.
2. Added random voice in the cockpit, the journey will take place in constant chatter .. radioperegovory! (Do not forget to turn on the machine, the first on the left above the door!) !!!
3. An audio configuration is connected when connected to another PC.
Click the large Install button, which is on the right, and specify the location of the rpk or rwp-archive.
Credits:
Sources of 3D models of the locomotive, taken from the forum Trainz UP,
The authors of the external model are Rokky, DU_mont.
Author of the cabin -Razor.
Adaptation of 3D models, editing and new 3D models, adjustment, animation and pr -DedMozaj
Settings, adjustments, scripts, sounds, light, traction characteristics and other, routine, but very necessary work-a radio technician
Help, in the skips, and the settings of traction characteristics -i2GR
Paint Repaint
Install:
How to set the fashion in the Train Simulator: for RailWorks add-ons are installed using the built-in Utilites Add-ons Manager, located in the root folder of the game.
Press the large Install button (SET) which is to the right, and specify a location or rpk rwp-archive.
If the file is not packed in such a file, then copy the Assets folder to the root of the game and confirm the replacement.
Tested on game version TS 2019
Screenshots Mod 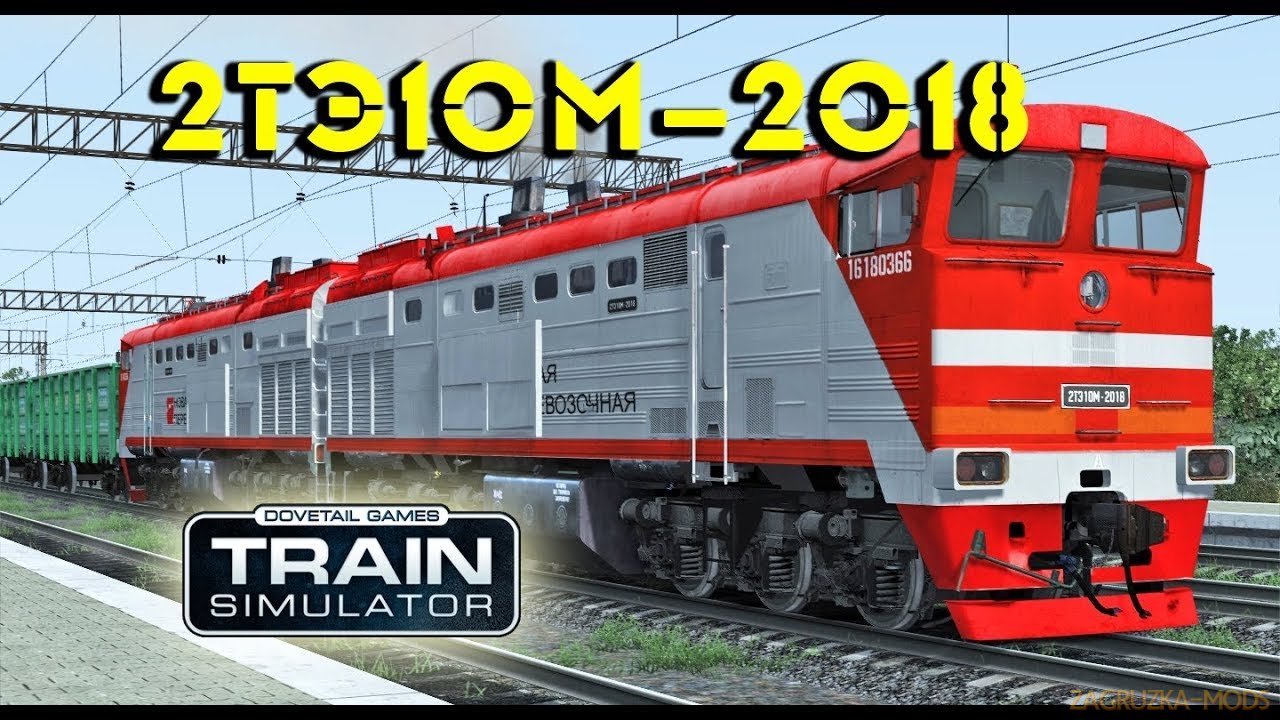 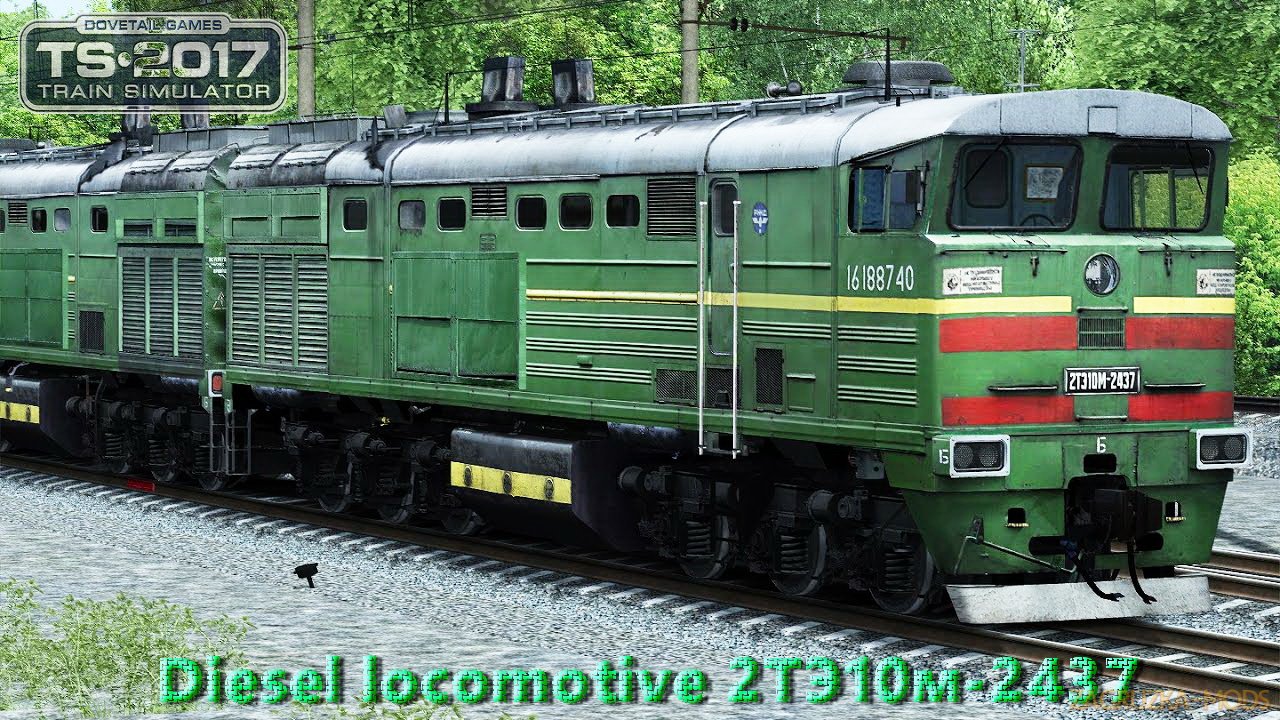