Version Game - 1.36.x
Credits: - SCS, Mr Larrington
Multiple Trailers in Traffic v5.0 (1.36.x) for Euro Truck Simulator 2 game.
The return of double trailers for the SCS companies that have them
for cargo-hauling.  It needs v1.36.
There are 3 files in the archive (In the order of connection):
1. ETS2_Mixer.scs
2. ETS2_double_trailers_in_traffic_DLC_Baltic_Addon.scs
3. ETS2_double_trailers_in_traffic.scs
New Version 5.0
- Updated for compatibility with ETS2 1.36.x.
- And other changes.
The trailers currently appear in:
North Africa (all of it)
South America (also all of it)
Belarus
Denmark
Finland
Georgia
Germany
Kazakhstan
Netherlands
Norway
Russia (also also all of it)
Spain
Sweden
Ukraine
or at least will do if there are actually roads for them to appear on.  TSM has
removed north Africa from their map as of v1.32 but alternatives are available
with at least some of that continent in them.
Included in the /def/country folder are text files with the spawn frequency
in them and two Windows batch file - everwhere.bat and selected.bat - to copy
them to the relevant sub-directories.  This will be of no use if you're
running on a Mac or under Linux, obv.  Sorry.  everywhere.bat allows doubles
everywhere; selected only in the above countries.  Run the batch file, rezip
the mod and copy it to the mod directory.
NB: THIS MOD CONTAINS SOUND FILES!  Do not use anything other than "Store"
when rezipping these, as the game can't cope with compressed .ogg files.
The trucks are all plain SCS ones.  Sorry about that, but I'm not going
to distribute modified versions of Jazzycat's painted trucks without
his permission.  Reskinning Jazzy's trucks isn't that difficult; they're
the same shape as the SCS ones, though you'll need ETS Studio's .tobj editor,
and SCS Editor to change the .pmd files.
Note that if you are using cipinho's traffic density mod then that needs to go
ABOVE this mod in the mod manager.
Big thanks to cipinho for help with the traffic rules, truck sounds and colours.
Known issues:
Some trailers may appear earlier than their wheels.
If you see this, open the config.cfg file in a text editor and change:
uset g_lod_factor_traffic "1"
to
uset g_lod_factor_traffic "5"
See the description text files in the mod for the countries/regions in which the trailers appear,
and how to make them appear everywhere if that's what you want.
Cement Mixer v1.0 (2019-12-05):
- Separated out from Multiple Trailers mod.
SCS cement mixer trailer in traffic and for hauling concrete.
Yes, the spelling "konkreet" is deliberate as SCS already have the proper spelling sewn up. 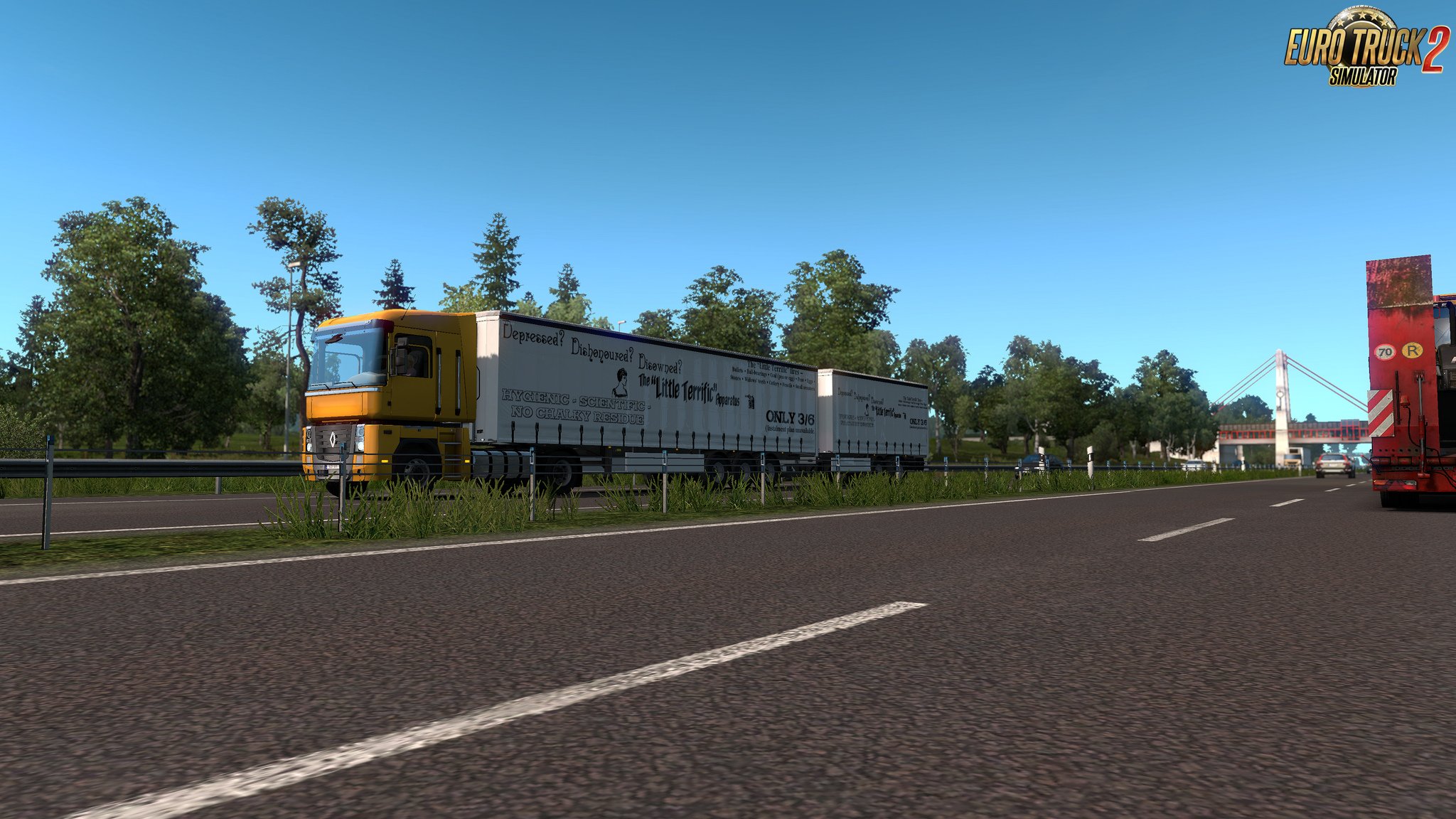 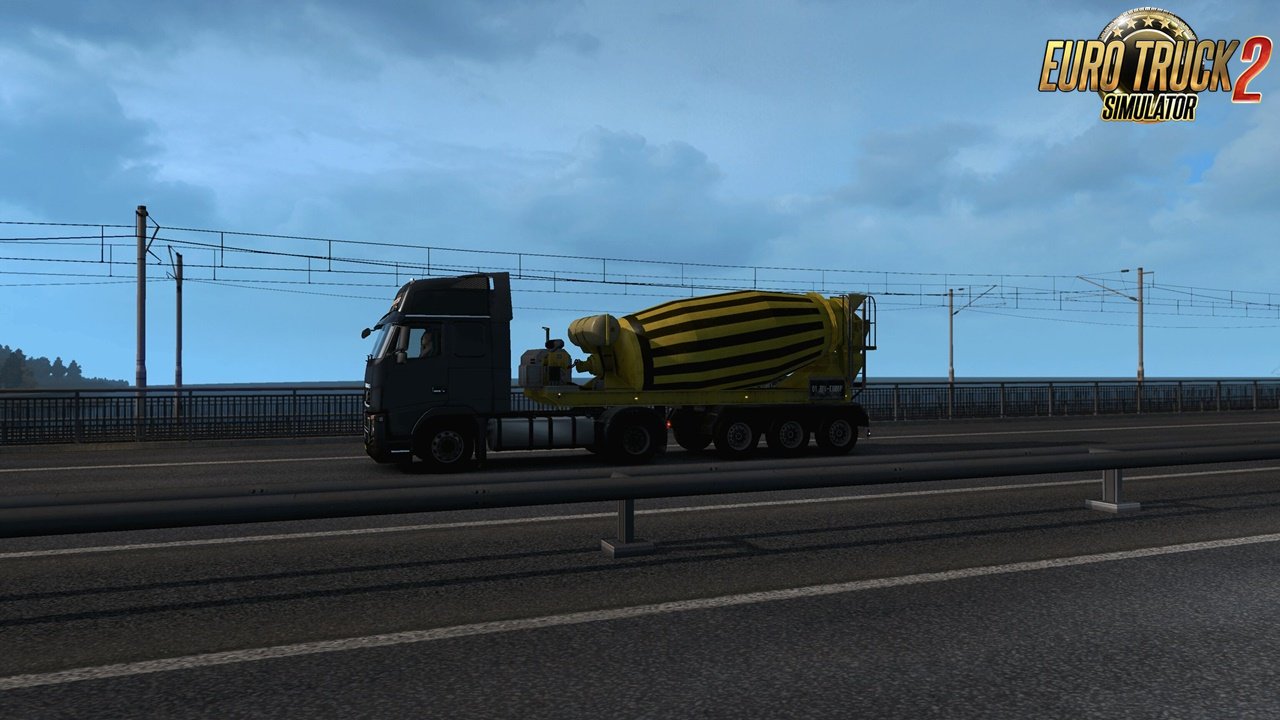