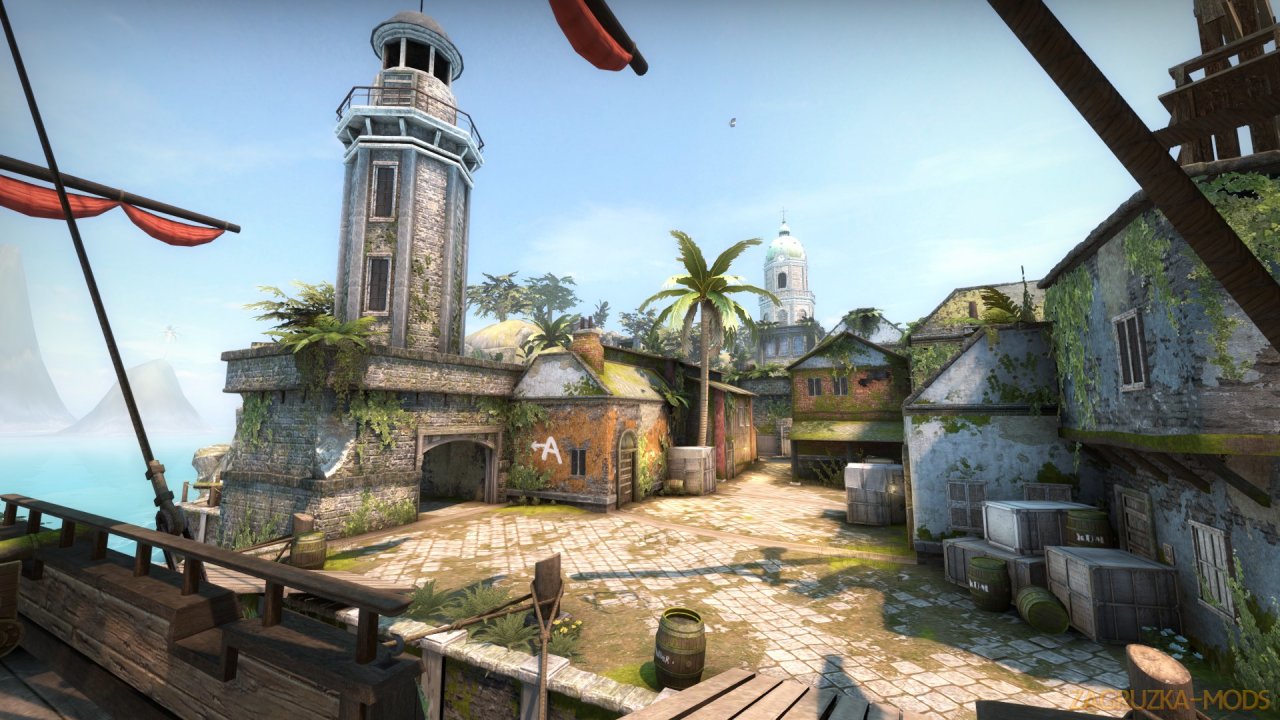 Version Game - CS:GO
Credits: - TanookiSuit3
Mod Mutiny Map v1.0 by TanookiSuit3 for CSGO | Counter Strike: Global Offensive game.
Mutiny Map - Terrorists have hijacked a ship, and found their way into the remains of an ancient tropical village, and they have but one mission on their minds; retrieve as much treasure as possible and destroy all evidence of their mutinous tirade. Counter-Terrorists have been called to action to prevent the troublesome Terrorists from successfully pillaging the treasure from its rightful home. minds; retrieve as much treasure as possible and destroy all evidence of their mutinous tirade.
Update 10.03.2020:
-Increased FPS across the map
-Improved some prop fade distances
-Replaced cart model
-Added feather particle effect on seagull deaths
-Replaced the double jump up to CT heaven on A with a staircase
-Blocked off gaps where you could see into the void
-Improved clipping around the map and clipped off unintended boosts
-Improved collision at CT heaven on A
-Added beautiful grass that blows in the wind
-Improved visibility around the map
-Improved bad lighting underneath B site
-Improved the roof of the log storage
Update 03.03.2020:
-Updated overview
-Stopped the whole ship rendering everywhere
-Neatened up angle from B connector into B site
-Made it possible to jump up to the ledge in T's lower entrance to A
-Made jump up to platform on B easier
-Added new seagull at T spawn
-Added dustmotes in A connector
-Added new lamp in A connector
-Various nodraw and fade distance fixes
-Tweaked clipping in many different areas across the map
Mutiny is a community-created defusal map created by TanookiSuit3, Huvaligen, and JimWood, set in a forgotten tropical island.
More information about Mutiny such as development history, screenshots, an interactive map and a trailer can be found on the official Mutiny website: http://www.jimwood.co.uk/mutiny
Information on the changes for the top 10 Mapcore contest update can be found here: http://www.jimwood.co.uk/mutiny-top10
Enjoy!
Screenshots Mod