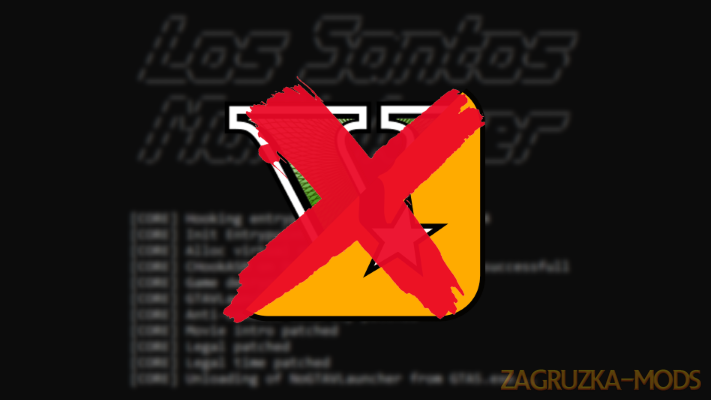 Version Game - v.1180.1
Credits: - LS-Multiplayer Team
Download program No GTAVLauncher v2.0 for GTA 5 | Grand Theft Auto V game.
No GTAVLauncher - this program is a launcher that will allow you to quickly launch the GTA V game (the screen with legal information and the introductory video is turned off), launch another version of the game with the installed modifications, the ability to play a version of the game that was not updated quite immediately. Steam version is also supported.
This one ignore the verification of GTAV's files, allowing to:
- Launch your game quicker : Deleting the step of the Rockstar Games Launcher and of the video at the launch of your game.
- Play on a older game version : You can play with any game version deleting the waiting time for mods updates ( like Script Hook V, RAGE Plugin Hook ) after each new DLC submitted by Rockstar.
- Play with a modded version of GTA V : No more problems of redownloading files due to the installation of mods.
Changes in v2.0:
- adding an installer
- location of files moved from the game directory to C:\Program Files\Los Santos Multiplayer
- removal of the obsolete .asi version
- performance improvement
- increased stability
Installation :
1. Extract and install "NoGTAVLauncher_Setup.exe".
2. Launch the game with "NoGTAVLauncher.exe".
/!\ Do not close the console, it will close automatically once the game is joined.
Tested on game version v.1180.1
Screenshots Mod