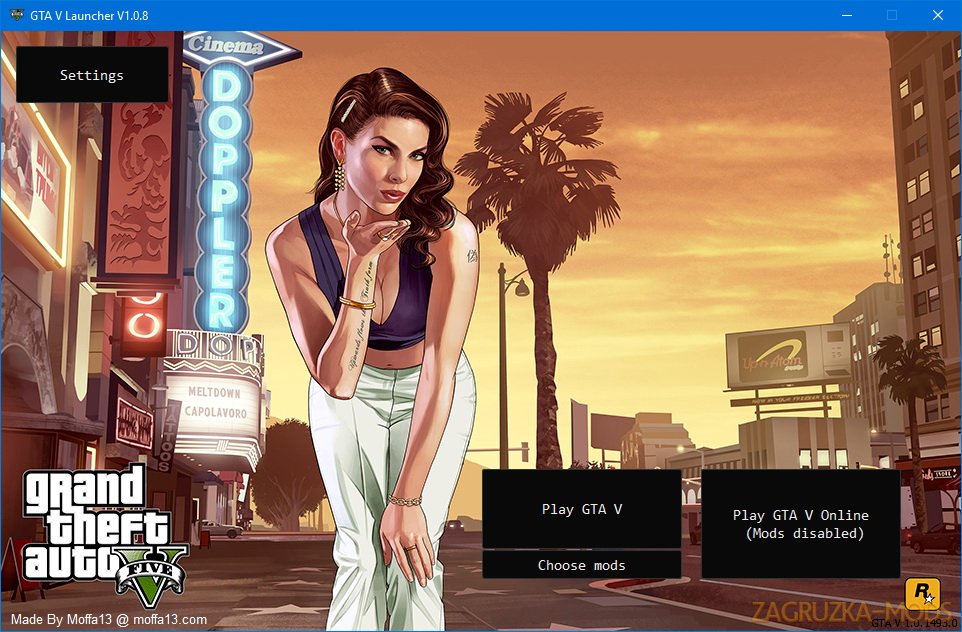 Version Game - v.1180.1
Credits: - moffa13
Last edited by: Zagruzka - 18-07-2020, 01:10
Reason: Mod Updated to v1.0.13
Download mod script GTA V Launcher v1.0.13 for GTA 5 | Grand Theft Auto V game.
GTA V Launcher - With this program, you can run Grand Theft Auto V with mods, with or without mods to choose from, without deleting the mods themselves. This program works with both the Steam version and the pirated version of Grand Theft Auto V. GTA 5 Launcher is not the game itself, this file is just an additional component for the game.
Features mod GTA V Launcher:
- this mod is a program for PC;
- Normal and Steam editions are supported
- support for various languages
Changes in v1.0.13:
- Added support for ru (Russian) language. Thanks to @vanja-san
- Fixed a bug which thinks steam is not running 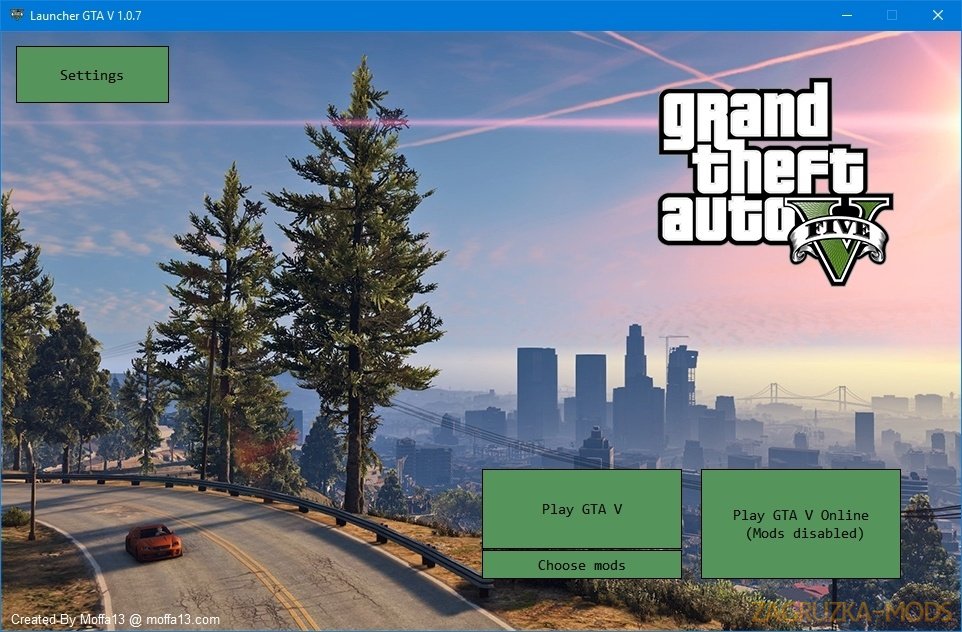 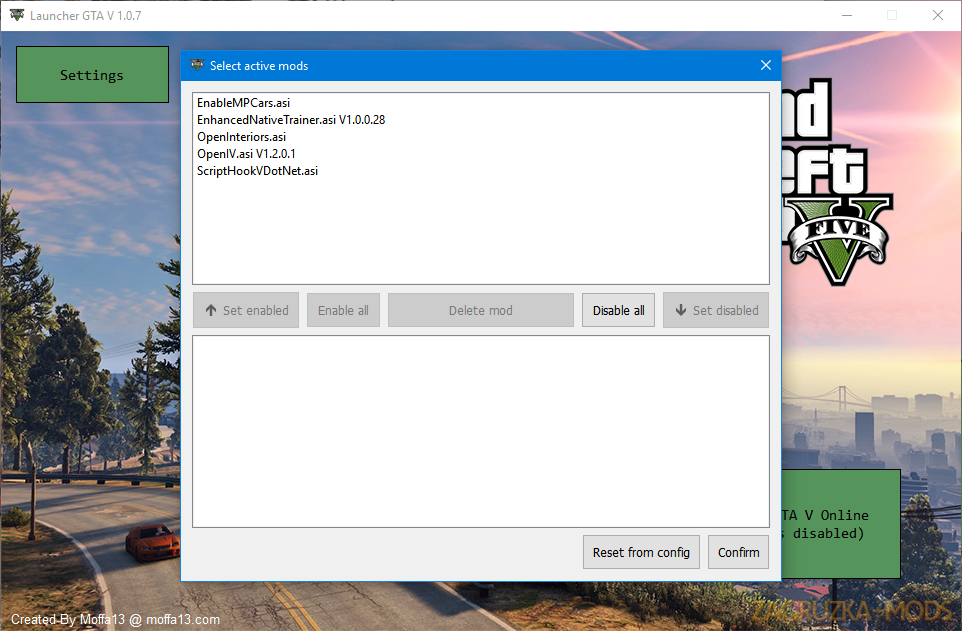