Report Material
My Truck Game Simulator - is a new indie truck simulator in Early Acces stage.
“The game an Early Access title because I am an independent developer and I am working alone on this game.
Early Access will give the players the ability to play the game imediately and participate in the game development with suggestions, ideas for new features and report any issues that need to be fixed.”

Read More Here about Early Acces Game
Approximately how long will this game be in Early Access? “It is planned for the game to stay an Early Access title until Q1 2024.” “For the full version of the game it is planned to include:
- Improved vehicle physics
- Transport missions
- More trucks and busses
- Tractors
- More maps”

What is the current state of the Early Access version?

“At this stage the game contains 18 vehicles and 3 maps.
There are no missions, just go to a garage choose what vehicle you like, spawn the vehicle get in and drive around exploring the 3 maps.”

Will the game be priced differently during and after Early Access?

“The price will increase slightly after more features will be added.”

How are you planning on involving the Community in your development process?

“Suggestions and ideas from the community recieved on Twitter, the official website or on the official YouTube channel are welcome and I will do my best to implement the ones that I can.”
Features My Truck Game:
- This game is focused on physics based off road truck and bus simulation. The main priority is tire deformation and suspension simulation for heavy vehicles.
- At this stage the game contains 18 vehicles and 3 maps.
- At the moment there are no missions in the game, just go to a garage, choose the vehicle that you like, drive it around and explore the 3 maps available.
- The approach taken to simulating vehicles was to start with simulating a tire using soft body physics in order to be able to deform similarly to how a real life tire would.
- The tire is attached to a solid rim which is attached to a soild axle which is attached to the suspension (leaf springs) and the suspension is attached to the frame.
- On the frame there are other parts attached, truck cabin, drive shafts, dump box, hydraulic cilinder that lifts the dump box and mud flaps.
- The tires, the suspension, the frame use soft body physics and the rest of the parts rigid body physics.
- All the parts have their own mass, they interact with eachother and this is what determines the vehicle behavior. 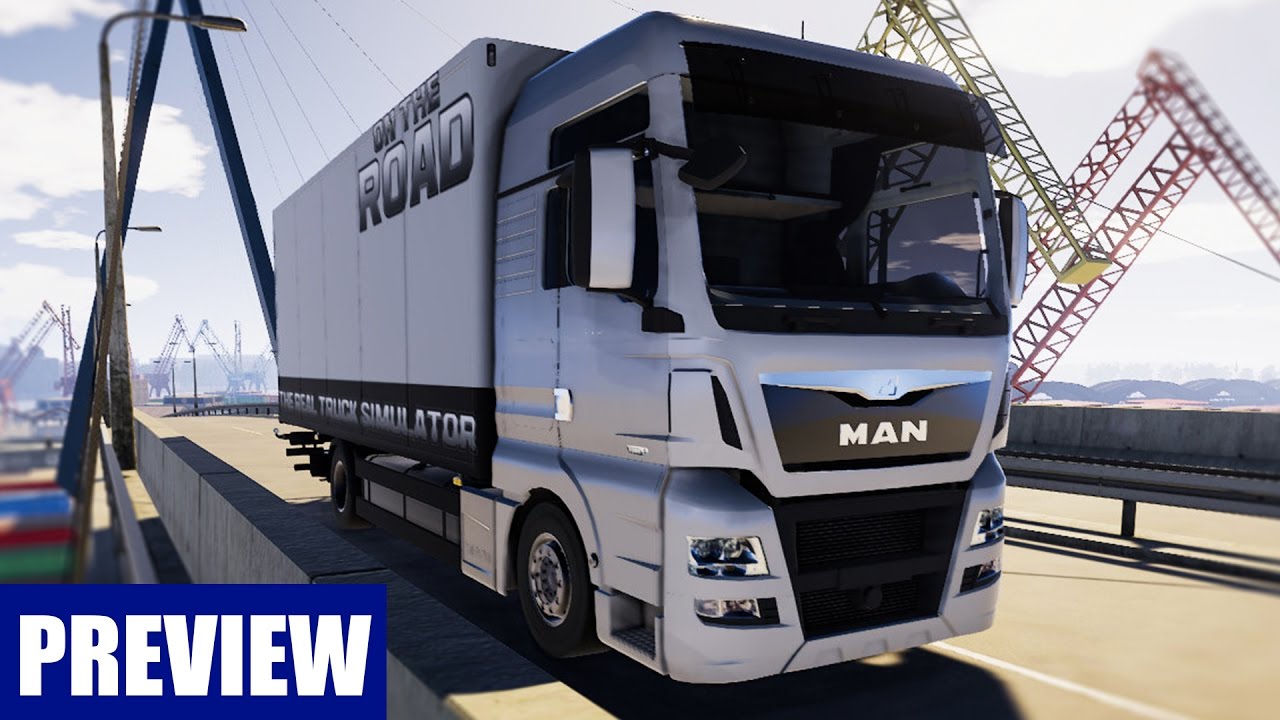 On The Road Truck-Simulator released!