Category - ATS Trucks
Version game - 1.43.x
Credits: - richt05tv
Report Material
Download mod Kenworth W900L Long Edition Truck v1.0 (1.43.x) for ATS | American Truck Simulator game.
A great addition added to the game American Truck Simulator is Mod Kenworth W900L Long Edition Truck for 1.43.x game version, which can be downloaded for free and without registration. You can also see other fashion from the category Trucks for American Truck Simulator or go to the main section ATS mods.
Kenworth W900L - here is the long version of the truck added for ATS players. In 1989, the W900L was introduced as a longer version, extending the BBC from 120 to 130 inches. Initially produced as a limited edition (to commemorate a W900's appearance in Licence to Kill), the W900L went from becoming a limited edition to a full production vehicle.
Kenworth W900L Long:
- independent truck model
- High quality 3D model
- High quality detailed exterior
- High quality detailed interior
- passangers seats
- the model has own wheels
- the model has own sound
- the model has own interior
- present the illumination of arrow speedometer and tachometer
- the character is correctly sitting in the driver's seat
- the choice of color body / metallic paint / skins
- the choice of transmission, gearbox
- the choice of wheels configuration
- the choice of power engine
- the choice of chassis (4 types)
- correct position of the Kenworth logo
- The correct position of the player
- Working headlights, brake lights, tail lights, front and rear turn signals, steering wheel and reverse signals
- Tuning and accesories present
- Interior accesories configuration
- Supports all major functions of the game
- Supports Cables trailer
- buy from Kenworth or Acces Mod dealer
Tested on game version 1.43.x 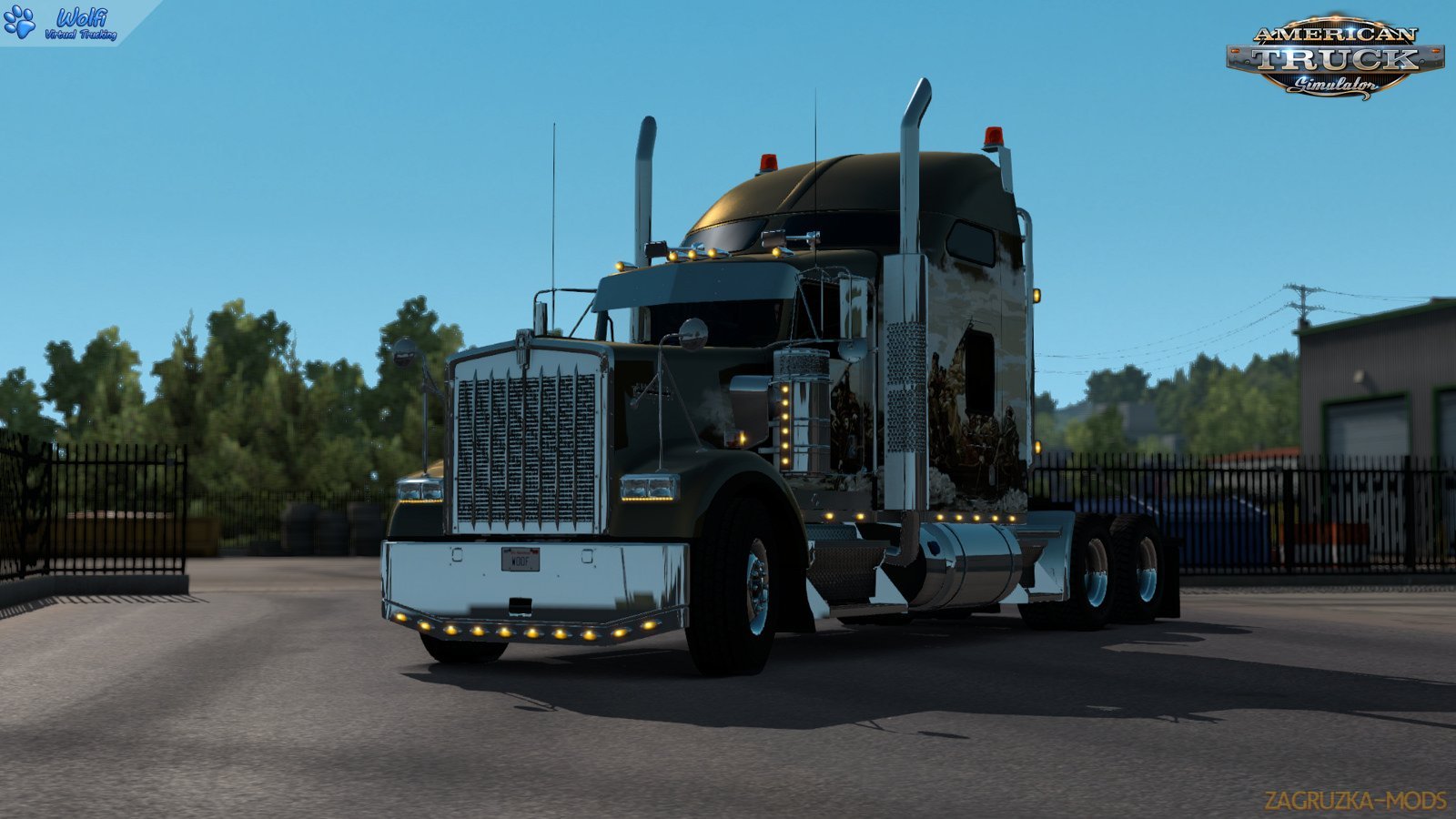 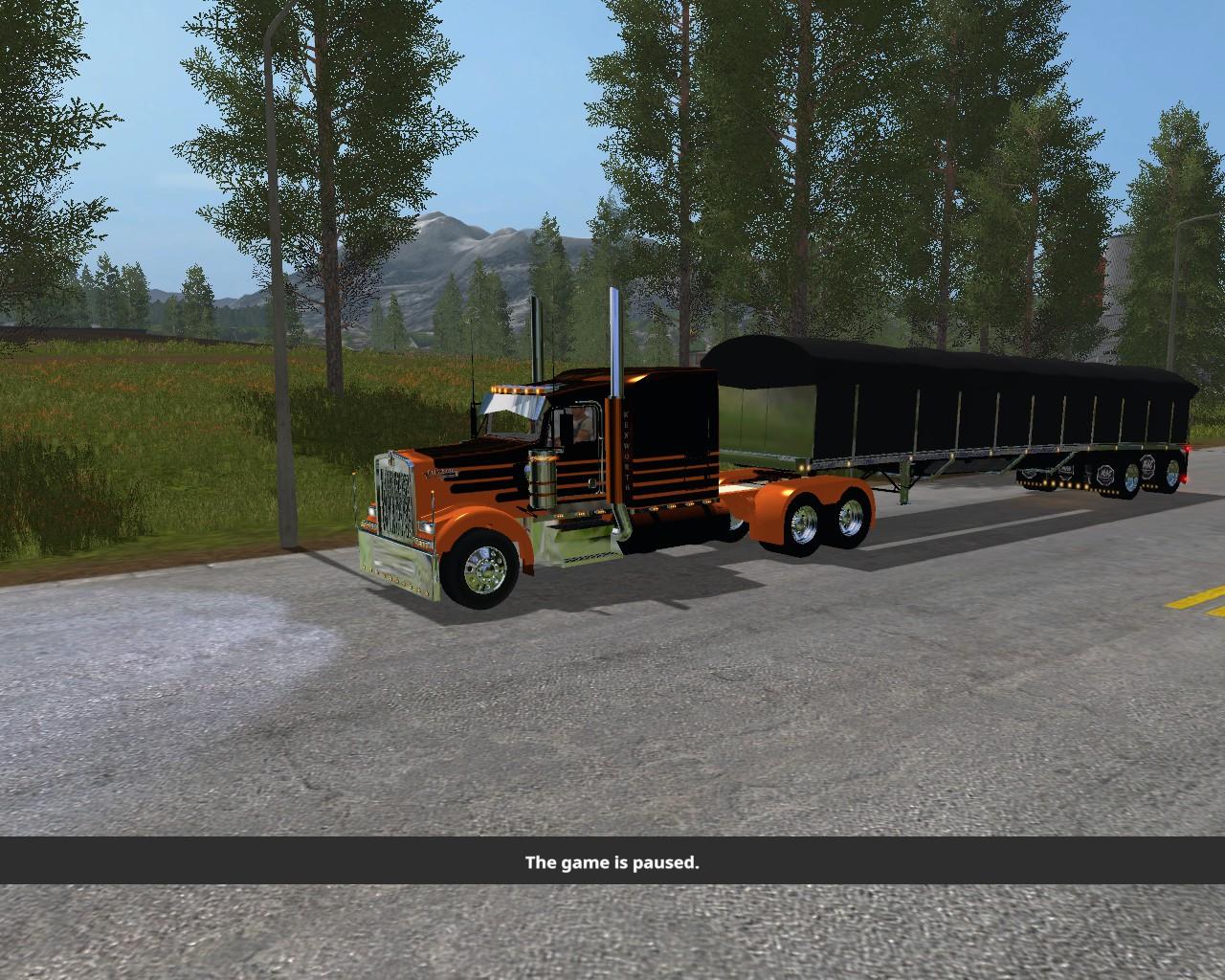 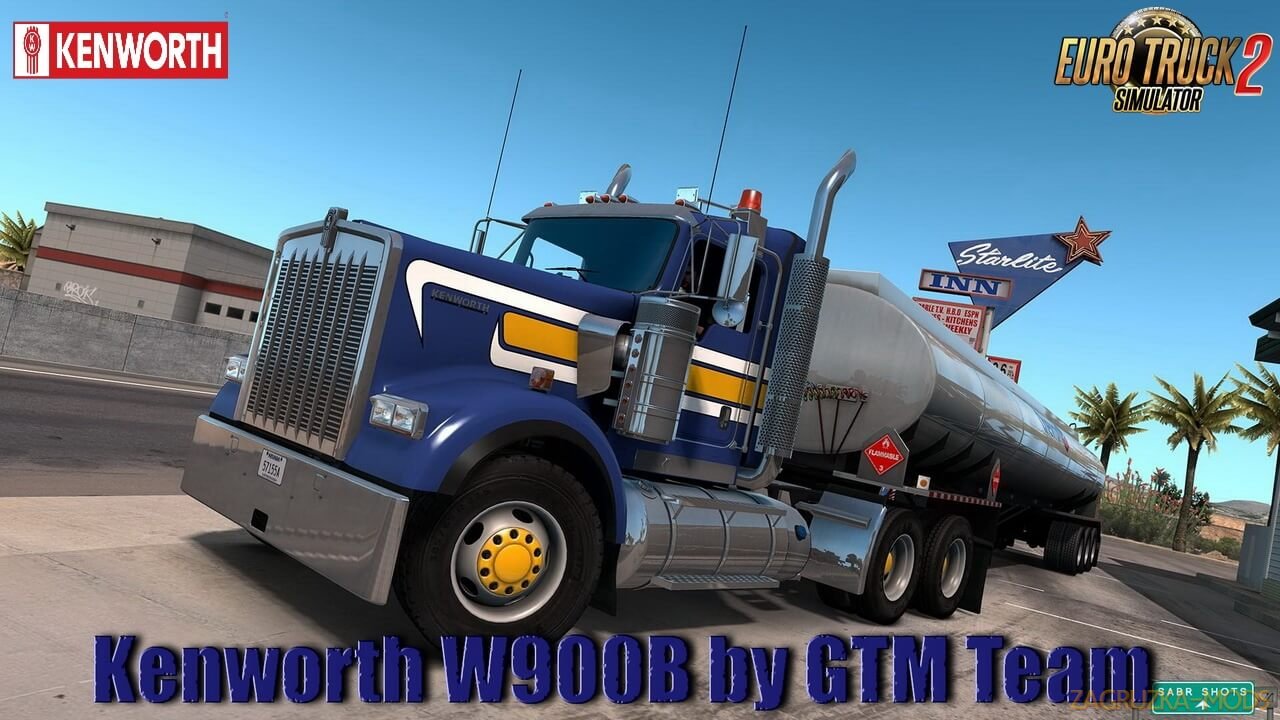 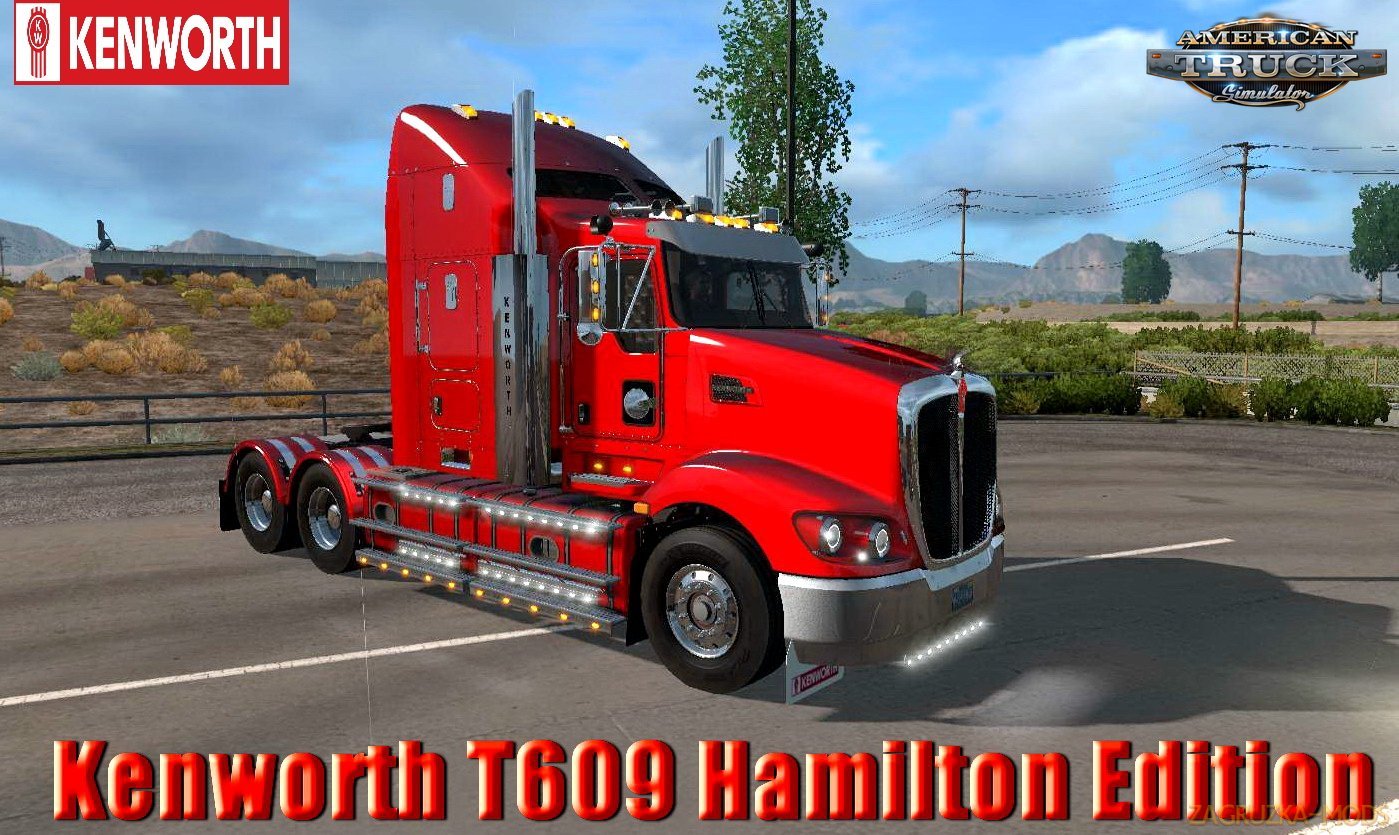 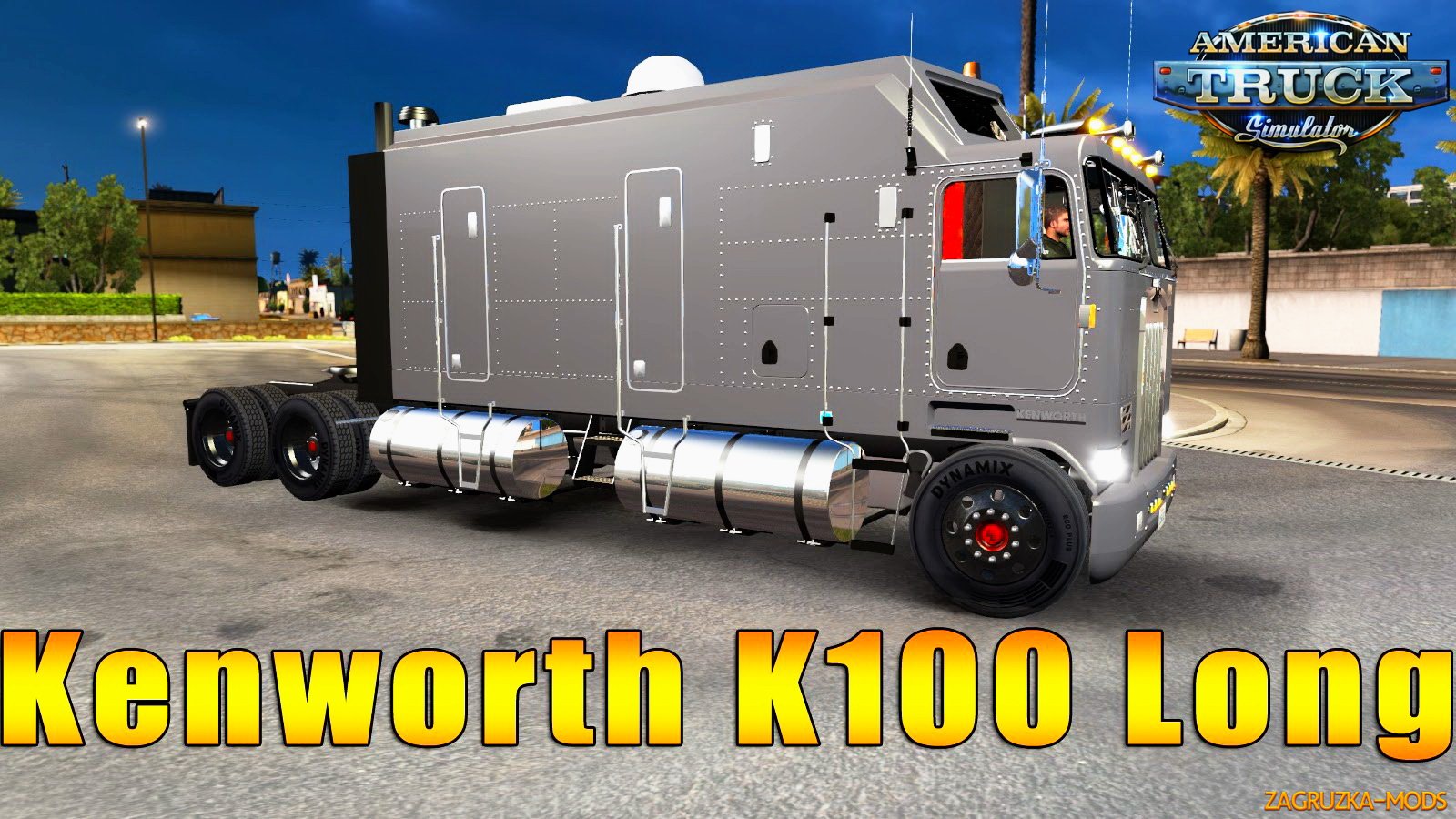 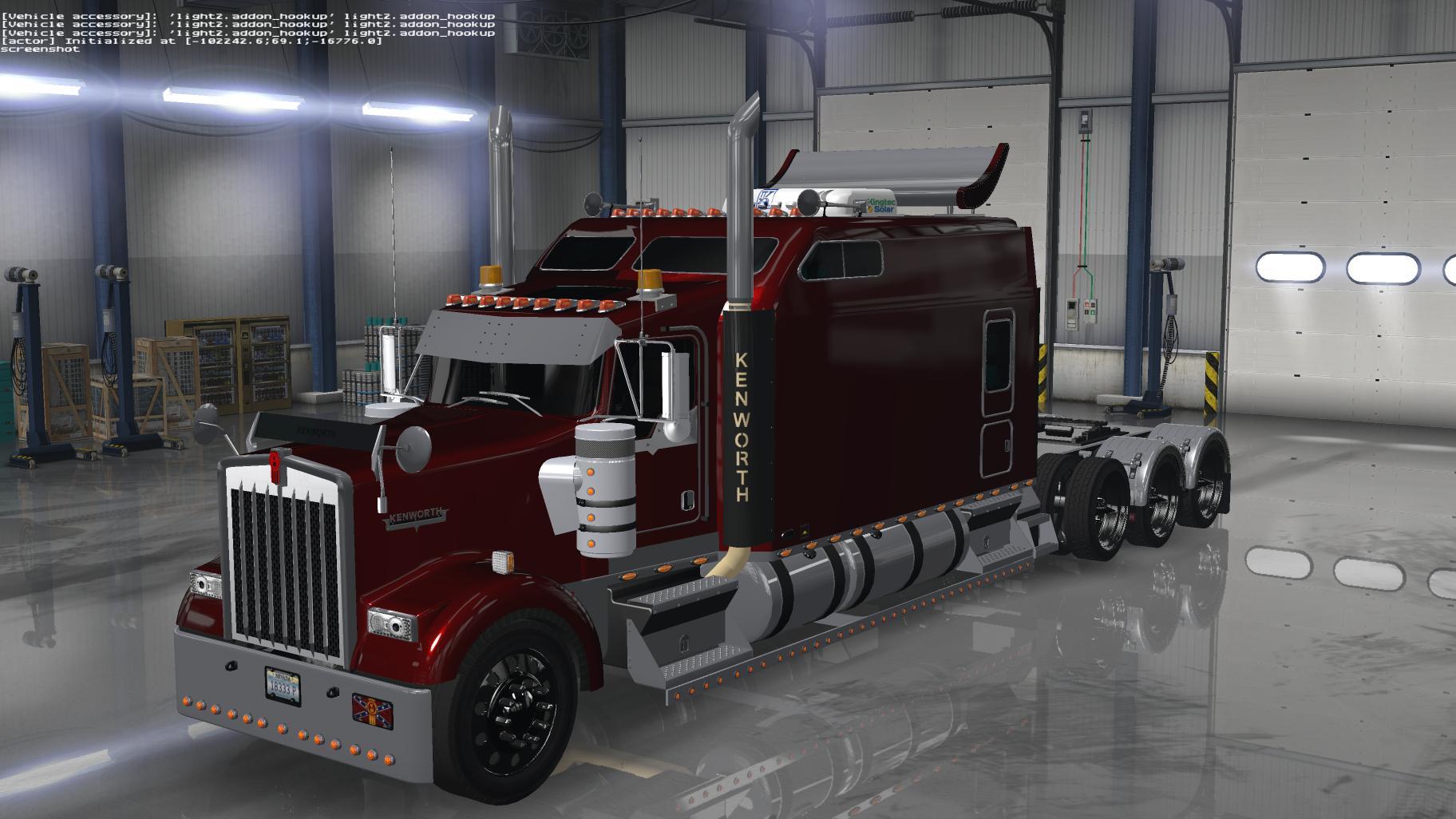