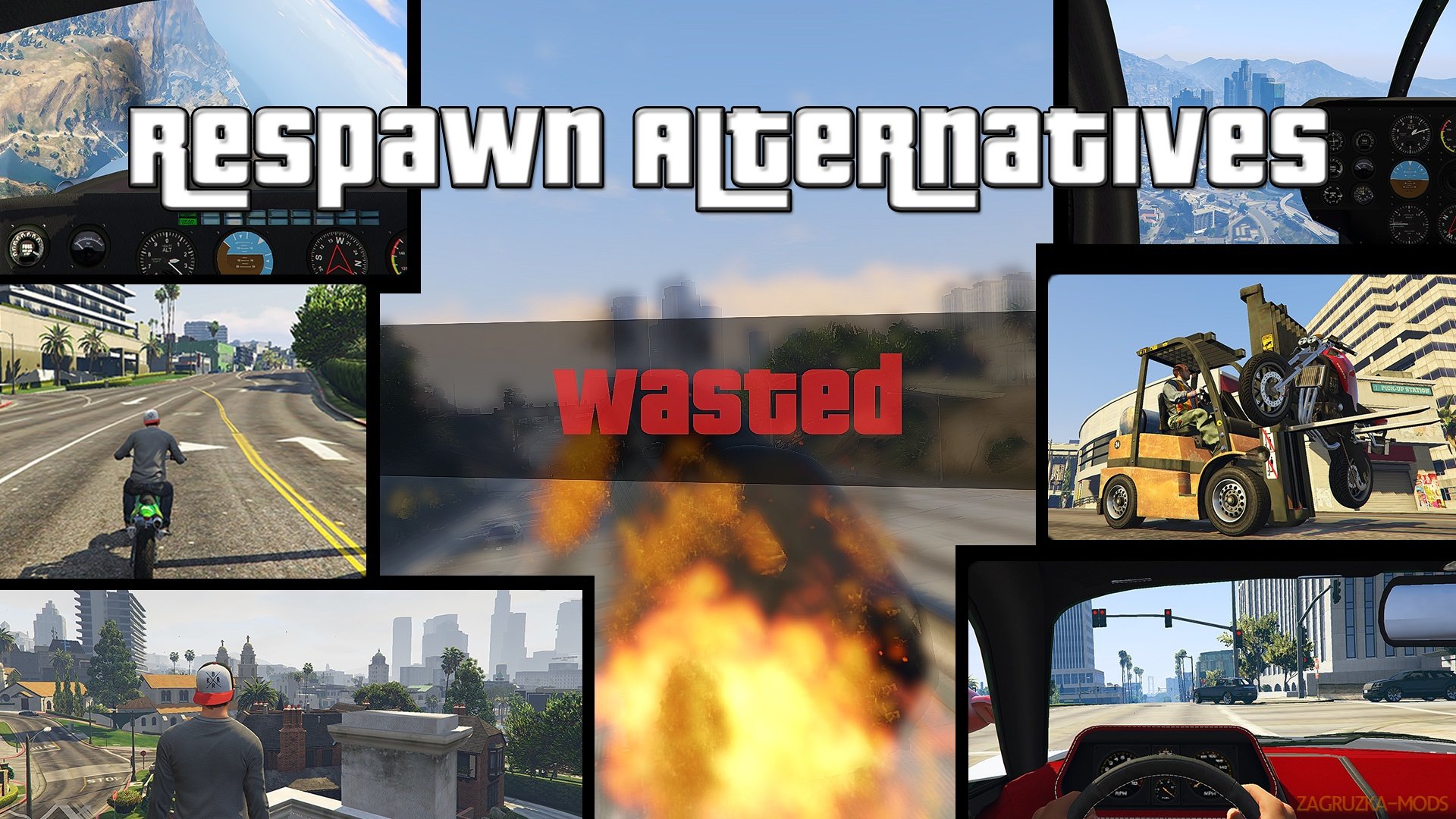 Category - GTA V other mods
Version game - v.1180.1
Credits: - R3QQ
Report Material
Respawn Alternatives v2.5.2 for GTA 5 game.
Summery
-- Respawn (after wasted/busted) in the area or randomly all over the map.
-- Ways of respawning includes user defined coords, at hard coded coords, in a vehicle, on foot or where you died/got busted.
-- Use keys or buttons while playing to use the respawn on demand feature, which teleports you using the respawn features.
-- Customization settings in the configuration file (.ini). For example: Skins persists upon respawn. Works together with Native Trainer, Simple Trainer and AddonPeds.
--  Some other settings: Auto respawn after loading screen/ startup, get all weapons, remove all weapons, get full armor, slow motion, set money to zero option can be set.
-- Skin saved and set back after loading screen/ startup. ON by default, "player_ped_skin_upon_respawn". Set to 0 to disable. Set the skin with a trainer or in the .ini.
-- Randoms skin upon respawn. OFF by default.

Choose the way of respawn
Instead of respawning at the hospital or police station after getting killed or busted, this mod lets you respawn at other locations, close to where you died or far away (you can set the preferred distance).

Slow motion during wasted and busted screens can be changed from none to extremely slow. Screen effects are removed from these screens (as seen in the screenshots). Ped models/skins (also add-on peds) work with the native trainer and Simple Trainer (models persists death and getting busted).

You can also use the respawn feature during gameplay, whenever you like, as a sort of teleporter. This can be set to be used automatically after the loading screen/ startup.

Do not save the game while using a ped skin model.

Ways of respawning, (the chances of them to be used can be changed):

Respawn/teleport on demand:
Use the respawn feature whenever you like during gameplay with keyboard or controller. By default CTRL+K and RB + X are used. Controller needs to be activated first in the .ini.
Ped skins persist and respawn on demand can be used even if random_player_respawns is set to 0 and features are off.

Trainers when using ped skins
Skins needs to be reset after being wasted or busted. When trainers does this before this mod, (like resetting death state), this mod won't know that the player died or got busted. But it all depends on which mod is first to handle the skins.
In version 2.3 the native trainer was fixed. ENT (https://sv.gta5-mods.com/scripts/enhanced-native-trainer-zemanez-and-others) now sometimes works and sometimes it doesn't. Respawning might take longer if a conflict occurs. (16 seconds max when slow motion is set to more than 0.4). Go ahead and try it and report issues if you get any.

Installation
You need the latest version of the tool  Script Hook V by Alexander Blade in order for this mod to work.

When upgrading to a new version of the mod, remember to also use the new .ini version that comes with it. If you want to use values from your last .ini, try this site: diffchecker.com  Here you can compare your old .ini with the new.

Optional but highly recommended: Something that keeps newer vehicles added into the game recently from despawning. Like for example: mp-vehicles-in-sp

Known issues
Spawning with plane or helicopter where there are mountains can lead to spawning under them. You can still drive through and get back to the surface. This might be fixed in the future.

Under the section "Other Respawn Settings" in the .ini file you can change some parts of the respawning to suit you. For example, if respawn is long and fails, try to increase the value of "max_wait_time_before_respawn_upon_skin_exception".

Changelog
-1.1
-- You no longer spawn in mid-air after dying in mid-air. Some mods that uses and alters the same values as this one does, may disable or alter the behavior of this mod.
-2.0
-- Rewrote the mod and changed the name from Spawn Where You Died to Respawn Alternatives. New features are first and foremost more spawning alternatives.
-- Respawn alternatives:
Random from a list with over 500 coordinates from all over the map. The coordinates are mostly from places in cover to make it fit violent mods better.
Other possibilities are are random on the map: on a road in a random vehicle, in the air in a random helicopter or plane, or on foot.
You can also set to respawn where you died (not activated by default). Change chance of each respawn type in the .ini. Team Up will eventually be updated with this mod included, but until then the current version can be played together with this one.
-- Player skin persists death/arrest. Works fine with Native Trainer, ENT resets the death state and the skin wont persist in most cases. Other trainers have not been tested.
-- Option to get all weapons upon respawn (not on by default).
-- Set if player skin should persist death (on by default).
-- The old issue with respawning in the air when using "spawn where you died" should be fixed.
-- The scene at the hospital and police station after death is mostly gone.
-2.1
Main additions/changes:
-- Added chose spawn with settings:
-- Chance of chose spawn in percent.
-- Preferred spawn distance.
-- Improved "player_skin_persists_death"
Added:
-- alter_spawn_after_mission=0
;Set to 0, the mod won't do anything during respawn after being killed during a mission.
-- Fixed heli and airplane spawn height.
-2.1.1
-- Hotfix: Fixed issue when using ped skin and getting busted by the cops. Wasted/busted sequence is also slightly improved.
-2.2
-- Added custom_spawn. Add as many coordinates you like and a random will be used. It comes with 10 coords in the .ini file and instructions.
-- Removed screen effects during wasted and busted screen.
-- Added setting in the .ini file for slowmotion during wasted screen. Slow motion is set to low by default.
-- Improved randomization, fixed a bug.
-- Fixed respawn bug.
-- Less conflicts when using ped skins together with trainers. After excessive testing with the native trainer, of over 300 deaths, only 1 didn't respawn as instructed (but kept the skin).
-- DLC vehicles added to spawnlist. The tank and some other military vehicles are not included.
-2.3
-- Added respawn on demand. Use keyboard or controller to respawn/teleport whenever you want. By default CTRL+K and RB + X. Controller needs to be activated first in the .ini.
-- Found and fixed a few respawn issues related to ped skins, rare native script behaivor/exceptions and slow motion.
-- Removed "TrailerLarge" from the list of spawnable vehicles.
-2.3.1
-- Fixed the reported controller issue.
-- Added settings in the configuration (.ini) file for getting all weapons and full armor upon respawn. All set to on by default.
-2.3.2
-- Added a weapon option. You can now have your weapons removed upon respawn. Set to off by default aka no weapons are removed.
-- Added a setting for money being set to 0 upon respawn. No money is removed by default.
-- Fixed a problem with ped skins when the native scripts behaves differently.
AddonPeds and Native Trainer should also work.
-- Check out max_wait_time_before_respawn_upon_skin_exception in the .ini and other respawn settings under the section "Other Respawn Settings", if you're having issues. You can configure parts of the spawn yourself into something that suits you. Please report bugs.
-2.4
-- Auto respawn after loading screen/ startup. Off by default, toggled by "use_respawn_on_demand_automatically" in the .ini.
-- Many new settings in the .ini to customize vehicle spawn (like vehicles with guns)
-- New spawn settings for plane, helicopter, different kinds of car types and motorcycles.
-- Only vehicles without guns/armor are set to spawn by default but this can be changed in the .ini. This is to make it fit other mods better (like TeamUp which I'm working on) and not give too much of an advantage/ get the same difficulty every time).
-- You can now decide which height planes and helis should spawn at.
-- Minor tweaks.
- 2.5
-- Skin saved and set back after loading screen/ startup. ON by default, "player_ped_skin_upon_respawn". Set to 0 to disable. wait_time_before_skin_change is set to 1000 (1 sec). You can change it to 0 if the game save is in the open world, outside of something which alters player's position.
-- Randoms skin upon respawn. OFF by default.
-- Fixed issue with certain skins.
-- "use_respawn_on_demand_automatically" in the .ini is now ON by default.
-- Reorganized the .ini file.
- 2.5.1
-- Minor fixes related to skins.
-
Changes in v2.5.2
-- Found and removed 3 respawn coordinates located in the air.
-- Added about 200 new coordinates to complement the others and fill in caps.
Tested in game version v.1180.1 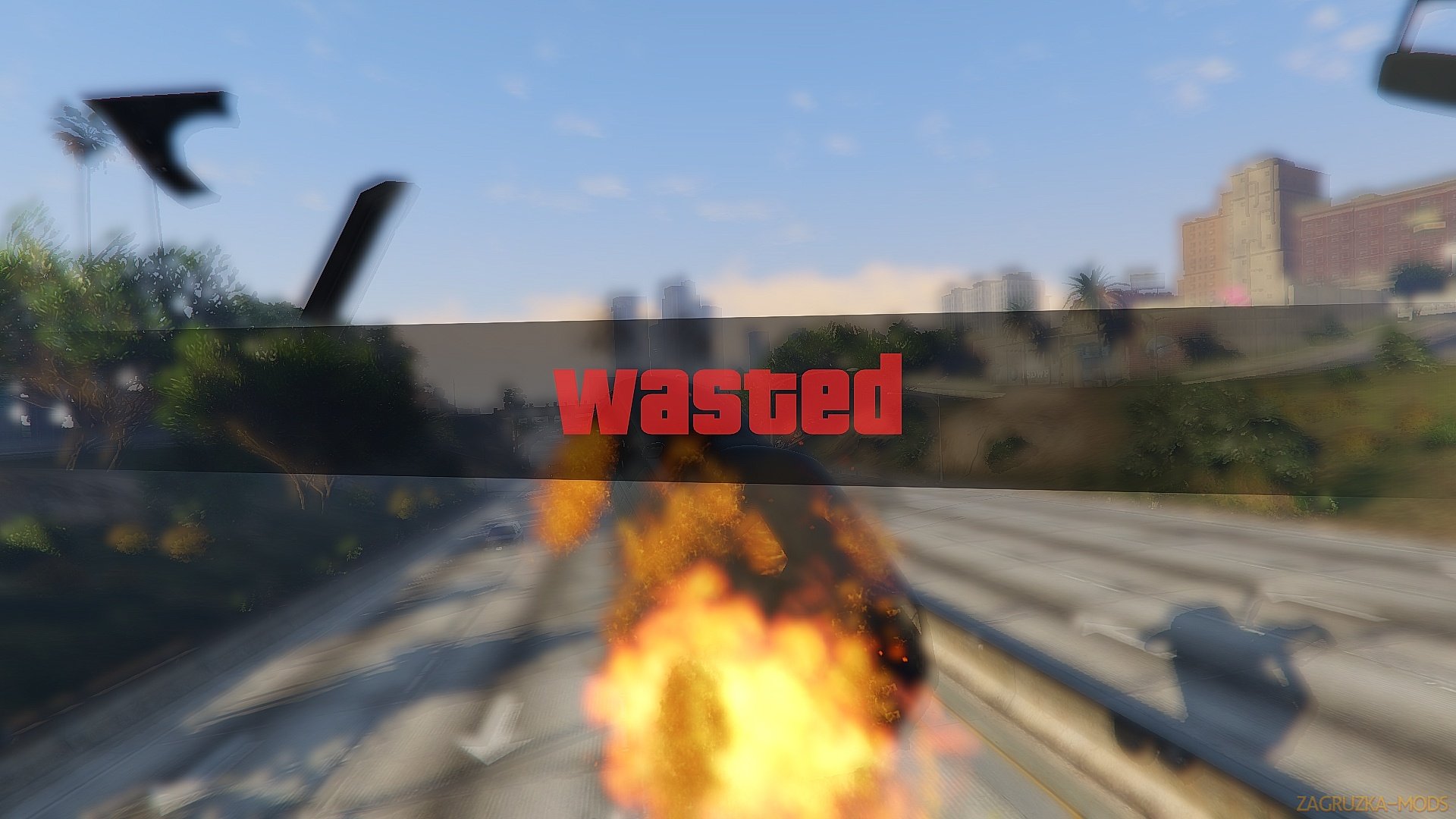 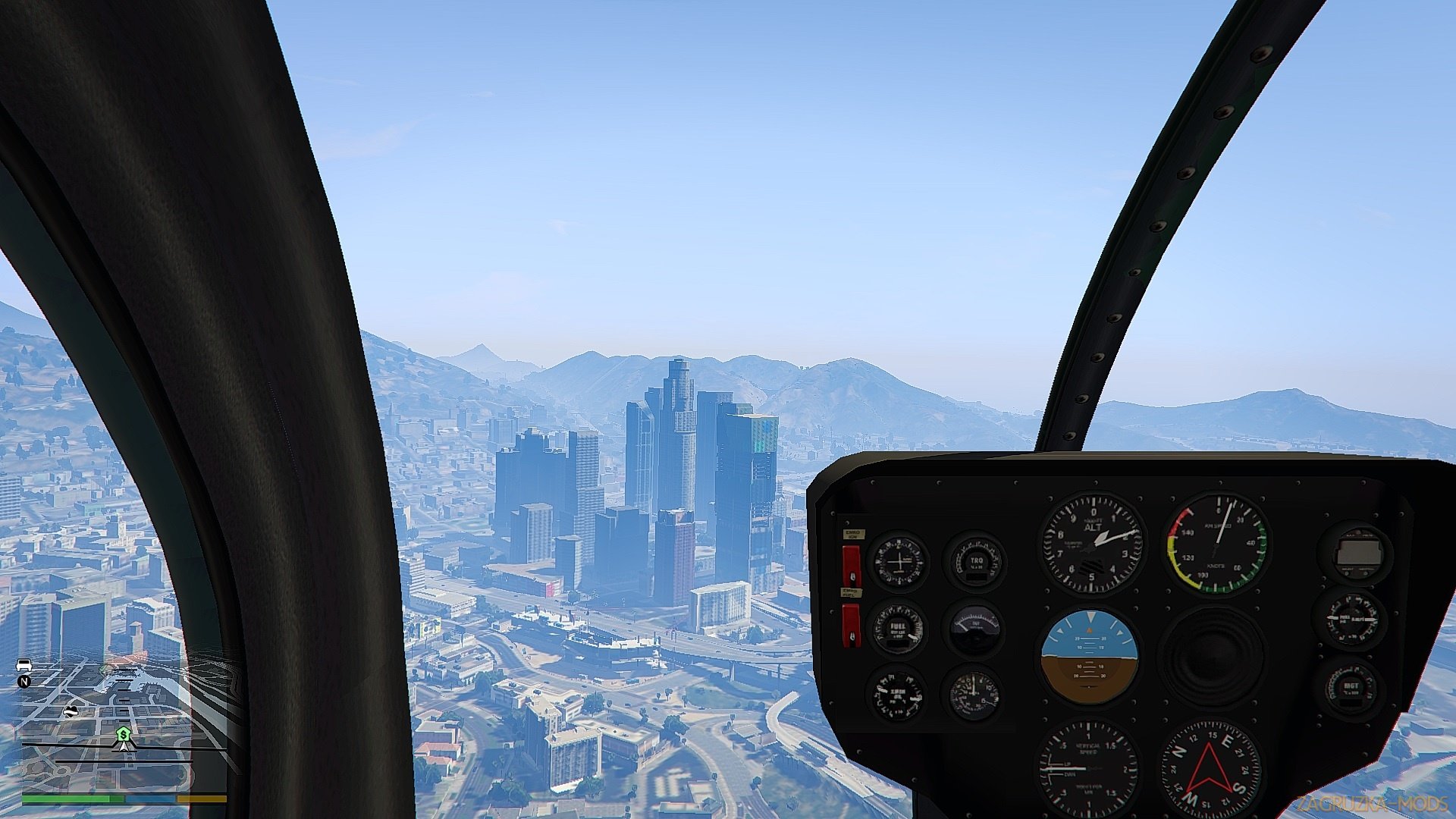 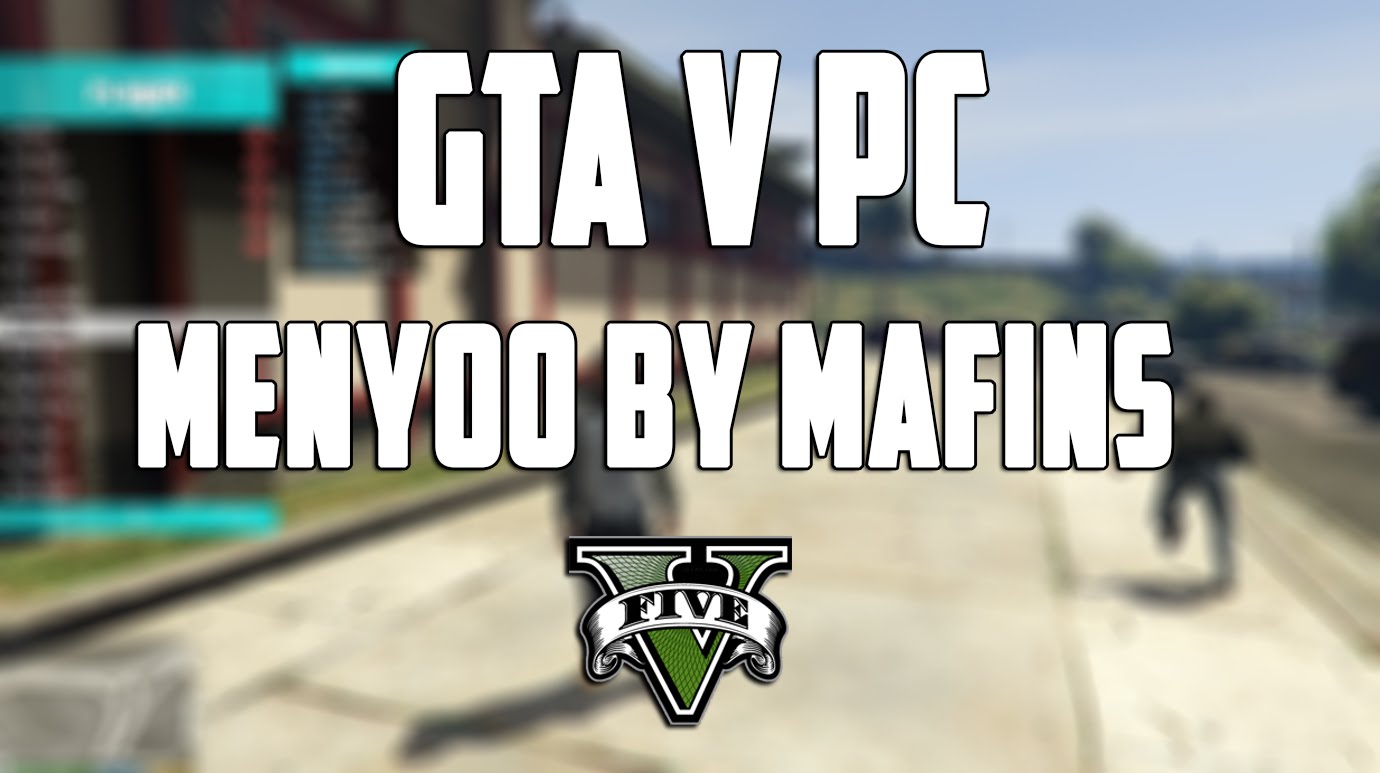